For music fans, the MP3 player is the must-own gadget of the 21st century. No other musical device offers the same level of convenience, portability or storage capacity. From the all-conquering iPod to the redesigned Sony Walkman, there are many different players on the market catering to a wide variety of users. If you’ve yet to buy an MP3 player, or you are planning to upgrade, this buying guide will help you to make the right choice.

What is an MP3 Player and why should I buy one?

An MP3 player is just like a portable CD player, only instead of using discs the music is stored inside the device in the form of digital files. (Confusingly, the term ‘MP3 player’ also applies to computer programs, such as Windows Media Player, that can play music files.) MP3 players offer several significant advantages over CD-based music. In addition to letting you store large volumes of music, they often include advanced features such as detailed playlists, built-in FM radio and digital radio (like the iRiver B30, for example). Put simply, MP3 players are a great choice for anyone who regularly wants music while on the go. 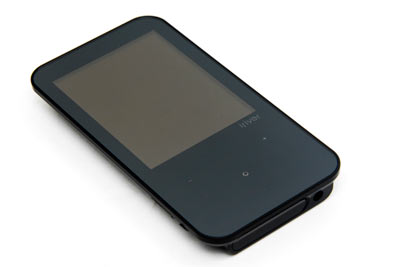 The iRiver B30 MP3 player has built-in digital radio

MP3 files can be stored in the same manner as any other computer file — on a hard disk drive, on a flash memory card, and so on. There are also many other devices capable of playing MP3 files including mobile phones, DVD players, digital radios, GPS units, and even car and home stereos.

Portable music devices like the iPod dominate the MP3 player market. These devices all include somewhere to plug in the headphones, a way to view and select the music to play, memory on which the music files can be stored, and some way of transferring files — usually from a computer — to that memory.

The type and amount of memory is one of the main differences between different MP3 players. MP3 players with built-in hard disks have large storage capacities and are designed to hold most or all of your music collection. Flash players use flash memory, like that used in a digital camera. The flash memory may be built into the player or may be on a removable card, such as an SD or microSD card.

There are pros and cons to each type. A flash memory-based player is generally lighter and smaller than a hard disk player, although the physical size will vary between models and brands. They have no moving parts and run longer on the same amount of battery power. However, flash memory players with enclosed memory (as opposed to removable memory) hold less music, ranging in capacity from 512MB to up to 64GB. At roughly 4MB per music file, a 512MB MP3 player can store approximately 128 songs. If you have a lot of music that you want to listen to, you will have to spend more time changing the mix of music on your player. Hard disk-based MP3 players are generally around the size of a deck of cards. Hard disk MP3 players typically start at 20GB in capacity and go up to 160GB, meaning they can hold anywhere from about 5000 songs to more than 40,000 songs.

Compare those sizes to a portable CD player and it is clear that MP3 players offer much more music in a smaller package. You can hang them around your neck or slip them into your pocket and forget about them. There are different sizes and shapes to suit your needs, so work out where you’ll be using it and find a player that is the right size.

Another great thing about MP3 players is how easy they are to use. Most MP3 players are ‘plug and play’, meaning you connect them to your computer with a cable and just copy the files across like you would move any other file on your computer. Some need special software to do this, but most of it is fairly easy to use. Any time you feel like changing the music on your player, you just have to plug it in, delete the songs you don’t want and move the new ones across. With some models, you can even set your software to automatically update your player with new music as you put it onto your computer.

Normally, you get MP3 files from two places: You can download them from an online music service, or use software to take them off your music CDs. The size of the MP3 file can be tailored to either save space or get better sound. The larger an MP3 file is, the better quality the audio is, although even the best quality setting is not as good as CD quality. In addition to MP3, many players support other file formats such as AAC, WMA and OGG. This can be handy if you buy or download your music from a variety of different sources.

Most MP3 players offer good quality audio these days, although some are better than others. One area where you can improve the sound quality is through your headphones. Generally buying a set of headphones will result in better sound than using the headphones included with a player.

If you’re interested in some of these features — watching videos on the train or using your player as a voice recorder for lectures, for example — then you may want to look for a device that offers them. For more information on portable audio/video players, check out our Portable Media Player buyer's guide. 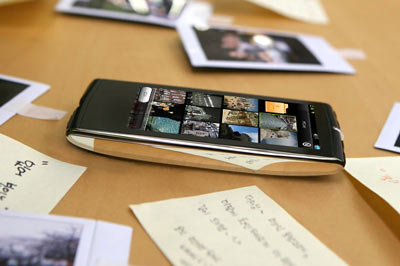