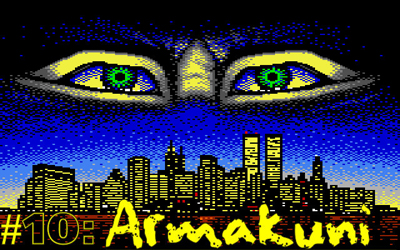 Ironically, The Last Ninja was one of the first games to feature a ninja protagonist. Originally appearing on the Commodore 64 way back in 1987, Armakuni can be viewed as the granddaddy of video game ninjas – which makes Shinobi’s Joe Mushashi the grandmother. (Sorry Joe.)

If Rambo had been born in Feudal Japan and had a penchant for PJs, he’d be a lot like Armakuni. The original game chronicled Armakuni’s blood-soaked quest for vengeance following the massacre of his ninja brethren at the hands of the Ashikaga Clan. This mainly involved running around stabbing random samurai in the face before squaring off against the evil Shogun Kunitoki. In the sequel, Armakuni found himself transported to present day New York, where he proceeded to kill pretty much anyone who crossed his path (luckily, they were mostly gangbangers and vagrants.)

Armakumi sliced-and-diced his way across a slew of remakes and sequels, but sadly didn’t make the transition into 3-D (a touted Xbox reboot never materialised.) His last outing was subsequently on the Amiga in 1991. Sniff.

Unlike certain showboating assassins we could name, Armakumi stuck to traditional shinobi weaponry, including a katana blade, nunchaku, shuriken and the trusty Bo staff (basically, all the Ninja Turtle staples). He also had a basic kick and punch move, which is pretty impressive for an ancient 8-bit brawler. 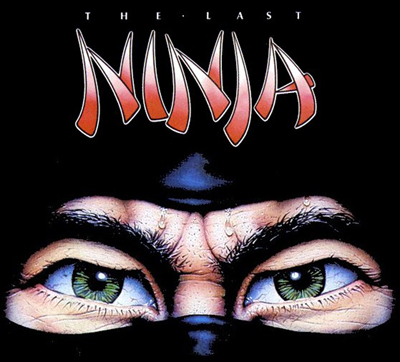 Armakumi would have placed a lot higher on this list if it wasn’t for his kryptonite-like aversion to water (instant death occurred if he so much as wet his toes). He was also rubbish at jumping. Consequently, the most formidable task in the game involved navigating a shallow rock pond. Learning to swim does not exist in this dojo.