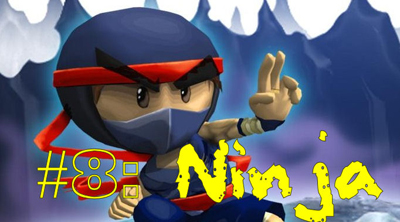 The titular shinobi-shrimp from Namco’s I-Ninja proved you don’t have to be tall to kick it ‘Ninjitsu’ style. Is he supposed to be a midget or a kid with an unusually gruff voice? Either way, he gives most full-sized ninjas a run for their money – and then some. According to the game’s original press release, he’s also “ultra cool” and has “extreme attitude.” (Incidentally, this was back when every platform character desperately wanted to ‘be’ Sonic.) 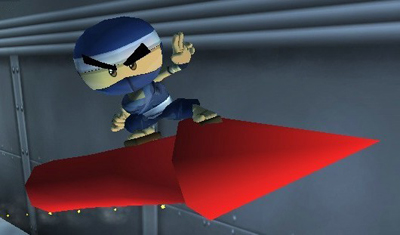 The pintsized tearaway had an impressive arsenal of moves at his disposal, including the ability to grind down rails, run along walls, swing across chasms and glide with the help of his spinning sword-copter. In ‘short’, he’s the Rey Mysterio of the ninja world.

Despite being in possession of a razor-sharp katana blade, I-Ninja couldn’t cut it in the platform world. His debut outing turned out to be his last; which is a short-lived legacy in anyone’s book. Personally, we feel he deserved to go on to bigger things. [Stop this now – Ed.]

We’ll leave you with this amusing I-Ninja promotional video that accompanied the game’s release. (Well, it made us laugh anyway.) 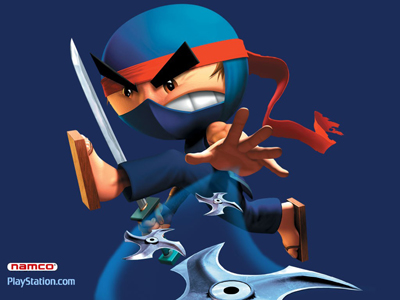 Greatest Ninja Achievement: Proving that cute can be deadly.