Recently, a friend of mine congratulated me for selling one of my wildlife photos. When I asked him what he meant, he sent me a link to a site that was prominently using a shot I had taken of some wolves. The problem? I had never given the site owners permission to use my photo, which they had "borrowed" from my Flickr page. I asked them to remove the photo, and they did--but not everyone out there is so reasonable. You can watermark your photos to prevent this sort of thing from happening. But is there any way to find your photos online to see they're being used inappropriately?

It turns out that there are a couple of ways to keep an eye on your photos.

Your Photos Are Vulnerable

Before we go any further, though, allow me to emphasize that whenever you post a photo on the Internet, there's a potential for theft. There is no way to completely protect a photo from being used without your permission. Even if your Web page uses a special script to disable the right-click "Save picture as" command, a determined photo borrower can simply take a screen shot of the Web browser. The only way to absolutely secure your photos? Never share them online.

Suppose you have posted some photos on a photo sharing site, and you're curious to see if someone has absconded with them. What you need is a way to perform a reverse image search--where a smart search engine looks for a photo by detecting identical content within the image itself, rather than keying on file names or metadata, which are easily changed. 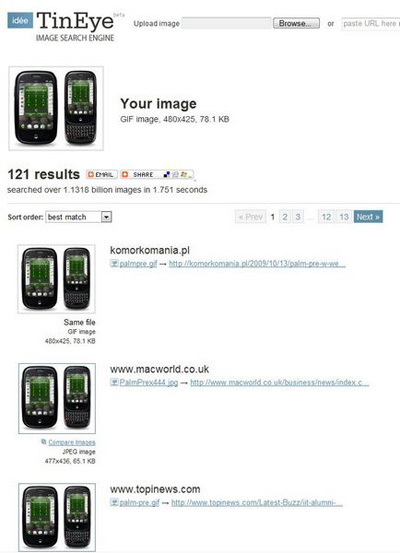 That might sound like science fiction, and in fact it's pretty close. But I've found a Web site out there, TinEye, that can actually perform reverse images searches today.

To use TinEye, you can upload a photo from your computer or point the site to a Web page that already hosts the photo. TinEye then returns a list of sites using the same image.

TinEye is far from perfect. It often identifies photos that are similar to--but not exactly the same as--the source image. Worse, TinEye's database of photos represents only a fraction of what's available on the entire Internet--so if you get zero results, that doesn't mean your photo isn't being repurposed out there somewhere.

I haven't been able to find any competing reverse image search sites that are similar to TinEye, but I do have a slightly different strategy you can try. 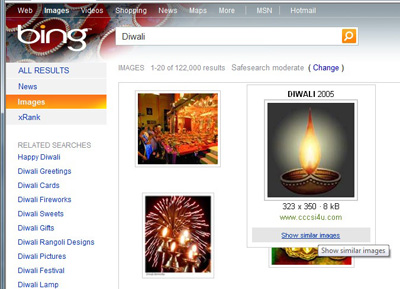 The new-ish Bing search engine lets you zero in on "similar" photos when conducting an image search. This can lead you to photos that are being re-used on multiple sites.

Just go to Bing and click Images, then search for a photo. When you see the results, hover over a photo that interests you. Click "Show similar images," and Bing will refresh the page with results that might contain the same photo from a different site.

Of course, this approach has its flaws as well. You can't start with a specific photo like you can with TinEye; you have to nudge Bing to a photo you're interested in using the right search terms. And once you find that photo in question, looking for "similar" photos is still far from a sure thing.

The moral of the story? There are a few tricks you can use to see if your photos are being used out there in cyberspace, but it's still really hard and the results are inconclusive. Don't post anything you aren't willing to give away.