Mobile Internet access has been around for quite some time, but it's only recently that prices have fallen to make it affordable for almost anyone. These days, nearly every mobile phone can access the Internet, meaning you can stay connected wherever you are. Whether it is updating your Facebook status, using Twitter, checking your e-mail or reading the latest news stories, mobile Internet is an easy way to stay connected.

Before diving straight into your phone's Web browser, check out this guide to get the best out of your Internet-capable mobile phone.

Though almost all phones can access the Internet, your handset's specifications will affect the speed of your connection. Browsing the Internet with cheaper mobiles (such as many of those offered on prepaid) will generally be slower than if you're using a fully featured smartphone that retails for close to $1000. The important aspect to look for in this situation is the phone's connectivity standard. There are four main standards operating in Australia: GPRS, EDGE, 3G and HSDPA.

GPRS (General Packet Radio Service) is the slowest mobile Internet connection available, mainly because this service was initially designed for voice and text communication, not mobile data. Using GPRS on your mobile phone to access the Internet can be best compared to dial-up Internet access — far slower than today's broadband connections. Samsung's B3310 is an example of a current mobile that can access the Internet using GPRS. 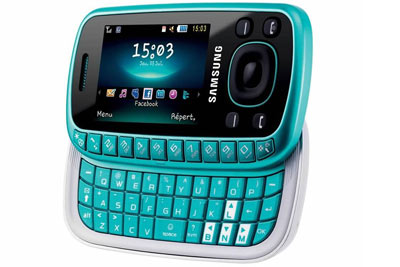 Samsung's B3310 mobile is an example of a basic phone with GPRS connectivity.

3G (Third Generation) is essentially a basic broadband connection for your mobile phone. When first introduced in Australia the main benefit was its ability to handle video calls, but 3G also works well with mobile Internet, providing much faster speeds than GPRS and EDGE connectivity. Virgin Mobile's VMX is a 3G-capable device.

HSDPA (High Speed Downlink Packet Access) or HSPA is currently the fastest way to access the Internet on your mobile phone. An upgrade to 3G and often classified as 3.5G, HSDPA connections in Australia have a theoretical maximum speed of 41Mbps (megabits per second) on Telstra's fast Next G network, though most phones have a theoretical maximum speed of 3.6Mbps, 7.2Mbps or 10Mbps. Google's hotly anticipated Nexus One smartphone is an example of an HSDPA-capable smartphone.

An HSDPA-capable mobile phone is best for mobile Internet. Higher priced smartphones, such as Apple's iPhone, usually have HSDPA connectivity, though many mid-range handsets now include it as well. 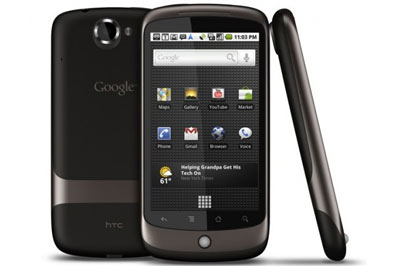 Smartphones like the Google Nexus One are capable of HSDPA data speeds, making them ideal for browsing the Web.

The experience you'll get when browsing mobile Internet will depend on a number of factors including your phone, your location and, critically, the network you're with. The main mobile phone networks in Australia are Telstra, Optus, Vodafone and 3; there are a number of smaller telcos like Virgin Mobile and Boost Mobile that use the Optus network.

Like voice calls, SMS and MMS messages and video calls, your mobile provider will charge you to use the Internet on your mobile phone. These data charges vary from carrier to carrier, with Telstra generally being the most expensive and 3 or Optus offering the best value.

Generally data is charged per megabyte (MB) and is offered in packs, separate to your call and SMS charges. On Telstra, a $29 browsing pack will get you 300MB of data, while on 3 a $20 mobile internet pack will give you 1GB of data, or 2GB if you sign up to this plan for 12 months. $19.99 on Optus gets you 1GB while Vodafone offers 200MB of data for $9.95 per month or $4.95 per month if you sign up for 12 months. Alternatively, many new contract or cap plans on various networks include data allowances for mobile Internet; Vodafone has a range of these that offer good value if you need a new mobile phone.

Critically, many Web sites you browse on your phone will be mobile versions of regular sites, meaning they require much less data to access than if you were browsing through your PC or notebook computer. The amount of data you require will depend on what you access — streaming videos from sites like YouTube is one of the most data-intensive actions available, while simply browsing news Web sites or sports results usually requires minimal data. Generally, around 200MB per month should be enough for casual use, though more intensive users may require 400MB and above.

Ensure your sign up to a data plan with your carrier before using your phone to access the Internet. If you browse at casual rates without a data pack, prices can be ridiculously expensive in Australia — Vodafone charges $5 per MB and Telstra $2 per MB (charged on a kilobyte basis), for example. If you're unsure, it's best to contact your provider and let them know you want to access mobile Internet on your phone.

Once you’ve selected your phone and purchased a data pack from your carrier, all that’s left is to access the Internet on your mobile. This is achieved through a mobile Web browser will vary depending on the mobile phone you're using.

Apple's iPhone uses the Safari browser, most Nokia phones use the Web Browser for S60, and smartphones running the Google Android OS uses the standard Android browser. Experiences differ between devices, depending on the phone and software, but the basic premise is the same. Browsing the Web is as simple as typing an address into your browser's address bar and tapping or pressing enter. 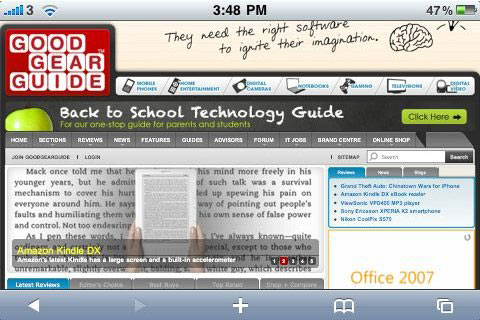 Generally, the iPhone is widely regarded as the best smartphone for browsing the Web — primarily because of multitouch technology. Multitouch allows users to pinch the screen with their fingers to zoom in on a Web page, and slide a finger up or down the screen to scroll through a Web page. The iPhone isn't the only smartphone to support multitouch capabilities — some smartphones running the Google Android OS support it and it should be a standard feature in most future releases.

The iPhone doesn't support Adobe Flash, which is often used to display streaming videos. This means that sites with embedded videos (such as YouTube) for example, can't be viewed natively on the Safari iPhone browser — to compensate, iPhones come with a separate YouTube application.

Touch-screen phones are generally better than handsets that rely on physical controls, mainly because the screens are usually larger. However, many people prefer a physical keyboard rather than a "virtual" touch-screen keyboard as they provide more tactility when entering text (such as Web adresses). In the end this is a personal preference.