How NeoGAF rose to become one of the Internet's biggest and most notorious video game forums...

At the end of the 20th century, the word “Internet” had yet to bore into everyday vocabulary. Computers still weren’t a fixture in most homes, and mainstream opinion held that the machines were ticking bombs set to go off when the calendar rolled over to the year 2000. But at the same time, a young, enthusiastic cluster of game-loving writers realised the Internet’s huge communicative potential, and resolved to bring other gamers together.

The end result, NeoGAF, is arguably the most popular gaming community operating today. The sprawling boards shelter 50,000 members -— and not just game fans: Well-recognized developers, writers, and other industry veterans hang out at NeoGAF to discuss the state of gaming as a business, solicit opinions on their latest work, or just chill and talk about the latest big title. NeoGAF has brought the serfs and the lords of the industry on the same level, which has helped gaming preserve its human face as the pastime becomes more corporate.

But not every crevice of NeoGAF is about fun times with good friends. There’s drama, cynicism, and —- heaven forefend -— sarcasm. The community has been described as a gamers' Mos Eisley: but that’s not an entirely negative simile. NeoGAF may be criticized for its pockets of “scum and villainy,” but much like Tatooine’s cantina in Star Wars, the site is varied, lively, and always up for a good fistfight... 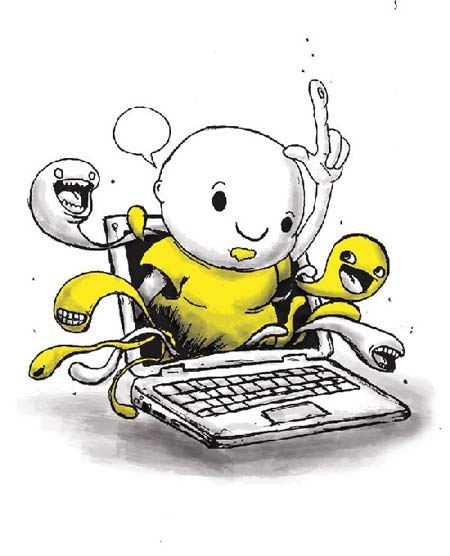 Fans Take the Wheel: The Birth of Gaming Age

NeoGAF wasn’t community-heavy when it launched as Gaming Age, which was conceived around 1996 to bring high-quality games writing to an audience that was still dependent on magazines.

“The Internet was still in its relative infancy and there weren’t very many destinations for gaming content and discussion at the time,” recalls Sam Kennedy, director of the 1Up Network and one of Gaming Age’s founders. “I was always a huge fan of magazines like EGM, GamePro, Next Generation, and GameFan, and I felt the Internet allowed someone like me to launch a publication like those —- just that you’d read it on your PC instead of via mail.”

Kennedy launched Gaming Age with a staff composed mostly of friends eager to work on a volunteer basis. “I wanted [Gaming Age] to be a launching pad for my friends,” he says. “I knew several extremely talented writers and I hoped Gaming Age would be a vehicle for them to get noticed.”

Many of the original staff writers did in fact progress to jobs in the industry, such as Brady Fiechter (editor in chief, Play magazine) and Greg Sewart (EGM). Other ascended staff writers include Che Chou (EGM, 1UP, and Microsoft), Patrick Klepek (1UP and G4), and Dave Zdyrko (2K, EA, and QuickHit).

Kennedy believes that “extreme passion” helped Gaming Age blossom, and has allowed NeoGAF and gaming in general to thrive. He points to the dedication of another Gaming Age founder, Jim Cordeira. “[Cordeira] has been running Gaming Age since we moved on," Kennedy says. "[He] has been overseeing it in his spare time because he’s so passionate about the games industry.”

When a site offers opinions, there comes a need for readers to shout back. Gaming Age offered a forum for fans who wanted to discuss the articles on the site, or just chat about games. In 1999, Tyler Malka shyly crept up to Gaming Age’s young message boards and followed the conversations for a while before deciding to join. Today, Malka owns NeoGAF.

“It was a little intimidating, as it can still be for new members today,” Malka says. “I lurked throughout the summer, eventually registering in September 1999 -— at the age of 14 -— to carefully begin participating in discussions. I became comfortable over the following months, but this would be the start of a tumultuous period for the forum.”

Indeed, the rapid growth of Gaming Age was beginning to strain the site’s servers, and the dot-com bust in 2000 made financing a separate forum server unrealistic. “Jim Cordeira, who had taken over responsibility for Gaming Age, had to make a decision for the future of the site,” Malka says. “His priorities were to the news site, but rather than killing the forum outright, a deal was made so that GAF [Gaming Age Forums] could continue on the IGN Snowboards system. We migrated.”

GAF would continue a nomadic existence for a number of years, during which Gaming Age’s writing staff would drift away from moderating duties. Malka remembers the transition well. “In 2001, a moderator I knew decided to retire, and in his last mod action he thought it would be fun to make me a mod in his place. That was my entry into administrative side of the forum.”

GAF would bounce from IGN, to EZBoards, to the GameSquad Network. Though GAF gained its own server on GameSquad, the forums were plagued with problems: banner ads and obnoxious audio pop-ups made visits miserable, and GAF’s ever-growing traffic continued to murder the server. “In May 2004 a thread about PuzzleDonkey became so large it corrupted the forum database,” Malka recalls. “We were screwed.” But GAF’s near-implosion presented an opportunity for Malka to rally the community and tighten the bonds between members of the group. “I asked our community, now in limbo with a dead forum, for donations to fund the creation of an independent GAF.

They came through. About two weeks after the database corruption we were up and running on my terms: powerful hardware and unobtrusive ads.”

In 2006, GAF was re-branded as NeoGAF to distance the forums from the Gaming Age news site, as Gaming Age was having some trouble with publishers who objected to some of the content in GAF’s threads. “By essentially making the forums independent from the main site [NeoGAF was] no longer beholden to any of these publishers and could operate by their own rules,” says Kennedy. “I think it was that independence that really benefited NeoGAF; there were no ulterior motives or outside influences impacting what went on there.”