To Err is Too Human

Though some developers have learned to listen to criticism from gamers (even if said criticism sometimes has to be sifted from a fistful of swear words), NeoGAF has at least one documented instance of a game creator tangling with the community like a mongoose with a cobra. In mid-2008, Denis Dyack, Silicon Knights’ feisty frontman, became enraged at NeoGAF posters for what he perceived as too much criticism of his then-upcoming title, Too Human. He proposed that NeoGAF members should “stand and be counted” according to their faith (or lack thereof) in Too Human’s final performance.” 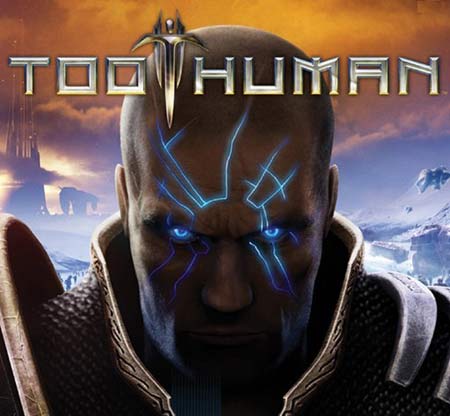 “I think it is time to draw the digital line,” Dyack posted. “Too Human will be out in August and I think there are going to be a lot of trolls crying here. Either way, when the game comes out this forum will likely be on fire. So in order to try to put some gasoline on this fire, I will ask those interested to stand up and be counted. When the game is released and everyone plays it all the speculation will be over. If I am wrong and gamers in general think the game is ‘crap’ then I am comfortable with getting tagged ‘Owned by the GAF.’” “However, if I am right and it is received well,” Dyack continued, “I would like to see those ‘Against’ to be tagged with ‘Owned by Too Human.’”

Dyack also spoke out against NeoGAF on a July episode of the 1UP Yours podcast, and claimed the community is poisonous for the industry. “NeoGAF and other forums like this that don’t have good management are not only hurting society and hurting the video-game industry, they’re in decline, and they need to reform quickly before people stop listening to them,” he said. “If the moderators and people who run the site think they aren’t doing any damage, they are sorely mistaken, and it’s only a matter of time before something bad happens.”

Dyack was banned from NeoGAF after he told vg247 that NeoGAF is, plainly, “the worst forum.” NeoGAF moderator EviLore wrote Dyack an elaborate send-off that compared the developer to Baldur, Too Human’s main character. “You’re the poorly animated bald Norse technogod, the Übermensch with a thousand pointless book references misunderstood by the dirty proles who aren’t worthy enough to judge you,” the piece began.

The drama was exciting at the time, but like most drama, it didn’t age well in the memories of those involved. “The confrontation with Denis Dyack was a little troubling, as at its core it was about freedom of speech and the validity of a community coming to a harsh conclusion about a game prior to its release,” Malka recalls. “In another medium, like film, we’d just laugh, but in video games this perspective was actually lent credence by some gamers and members of the enthusiast press, culminating in a Dyack appearance on the very popular 1UP Yours podcast where he talked about the evils of NeoGAF’s existence and -— essentially -— free thought.” 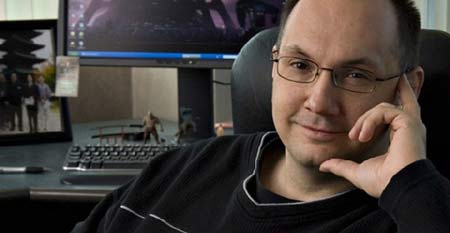 “That hit me hard. I could understand Dyack desperately trying to protect his doomed video game from negative buzz, but I hadn’t expected 1UP to take his side or remain ambivalent,” Malka says. “We also didn’t get any sort of presence in the discussion on the podcast at all, and I absolutely would’ve flown down there and defended my site and my ideals.”

1UP Yours host Garnett Lee likewise remembers the episode well. “We invited Denis to come on 1UP Yours to talk about Too Human and get some direct responses to the criticisms being leveled at the game,” he says. “Andrew Pfister, the show producer, prepared a number of questions for Denis gleaned from [Internet communities like NeoGAF] and we figured the interview would offer a place to cut through and really talk about the game.”

But Dyack wanted to run in another direction. “As we learned when he arrived, Denis had a much different plan in mind that took us by surprise. He brought reference materials with him and launched into an impassioned dissertation on the nature of Internet commentary and his hopes to, as I believe he put it, ‘reform’ it,” Lee says. “He went on to intellectualize the subject, veering into some very esoteric points. While not prepared to actively participate, we did our best to keep things moving and create a good talk show for the listening audience. It went down as one of the more unique guest appearances in the history of the show.”

Dyack isn’t the only outspoken game designer to unleash some vitriol on NeoGAF. Well-known creator of the Twisted Metal series and director of the original God of War, David Jaffe, has also appeared on the popular message boards from time to time. The most infamous of these appearances was when members posted and mocked a photo of the game designer in a thread originally about God of War III. Jaffe responded to the derision with all the subtlety of a nuclear bomb detonation.

Dyack wasn’t thrilled about the criticism leveled against his project, but other developers, including Sucker Punch’s Fleming, believe that NeoGAF is worth listening to, even if things get negative. “People are candid, and you should ignore their criticism at your own peril,” Fleming says. “At the same time, when people realize that real people were behind the decisions and creative work of a project, it can be a positive for everyone. In our case, there was one guy on NeoGAF who was very critical of a particular part of InFamous -— and we’ve used him as a test bed for some future ideas. It really does happen.”

Stevenson can also cite at least one example of NeoGAF criticism affecting the final product of a big-name game franchise. “Ratchet & Clank Future: Tools of Destruction was considered by most [NeoGAF] forum-dwellers to be too easy,” he says. “For A Crack in Time, we added difficulty settings for the first time in a disc-based Ratchet & Clank title to accommodate our more hardcore fans’ desire for challenge.” 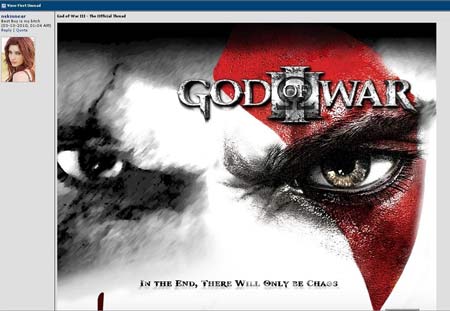 Popularity has a way of wearing down the gears of both machines and people. Malka has a few ideas ready in case a genie grants him one wish to “fix” NeoGAF.

“Aside from the constant struggle for more powerful server hardware to address our continued growth, I’m mostly content,” he admits. “[But] right now we’re getting to a point where ‘megathreads’ are all the rage, and every bit of information on a subject is being thrown into one all-encompassing thread, and that’s becoming a problem for the general flow of information. For example, the Gran Turismo 5 delay announcement was posted in the GT5 megathread, and didn’t receive its own thread. I only heard about it secondhand from one of my members elsewhere, and when that happened I immediately closed the 17,000-post GT5 thread and started a separate one for the delay.”

“Striking that balance of new threads vs. megathreads is going to be more and more difficult as NeoGAF continues to grow,” Malka says. “It’s not really something that can be won; only lost, or prevented day by day with active guidelines and moderation.”

Posting Far into the Future

NeoGAF’s continuing popularity indicates that gaming communities are still very relevant. But do they stand to deflate as more people turn to social networks like Twitter and Facebook for news and conversation?

Malka believes NeoGAF will endure, and in fact finds the diffusion of news sources beneficial for the community. “We have hundreds of ‘big-name’ members and many more visitors,” he says. “But these days they’re mostly content keeping a low profile and letting community managers and the like handle the day-to-day community interactions.”

“There are structures in place for big news to be officially broken in the gaming world, with the current endless cycles of hype, marketing dollars, and strict NDAs keeping everyone under wraps until the right moment,” he says. “But NeoGAF will keep having its leaks, finds, and breaking news, since we don’t have to pander to publishers to stay alive.”

At any rate, Malka is content to stay put and watch over the community he helped save and build. “The Internet keeps evolving, and message boards in their current form won’t always exist,” he says. “But while it’s viable, I’m content being here.”