Let’s face it; the FIFA World Cup is the world's premier sporting event, bringing millions of people from around the globe together to watch the very best footballers battle it out.

We've compiled a guide on how avid Twitter and Facebook users can follow the World Cup online — from the groups that make us laugh, to feeds that will keep you in the know. This list will see you through until the final whistle.

FIFA World Cup TM is a Twitter feed that is continuously updated with news from all national teams — whether it be a squad announcement, a player development or an injury concern, this news feed will keep you fully informed. It may be unofficial, but it links directly to FIFA's official Web site.

For Facebook users who just want to know every fixture, including times dates and location, this is the group for you. You can also discuss all the action with fellow football fanatics.

This SBS Twitter feed will offer you all the key news with the World Cup — and will keep you up to date with all the Aussie developments. All football news is covered, so expect very regular updates with this one.

The Socceroos official Facebook and Twitter pages are a good place to keep up with all the latest news from inside the Australian camp. They both announced the World Cup squad live as it happened and will post news and insights into the team from South Africa. A must for all Aussie fans!

Yes, even CNN is covering the World Cup. The International team has put together a Twitter feed that combines straight news and that communal "everyone has a say" feel. From submitting videos to providing your own question suggestions for interviews, expect this feed to build a strong following for the duration of the tournament.

Need a more professional blog? 'The Offside' has assembled this handy little Facebook page to post the latest and most intriguing insights in the lead-up to the World Cup.

What major sporting event isn't without the go-to blog from the avid fans? There are thousands of these going around, but our current Twitter pick is World Cup Blog.

Based in Johannesburg, this South African feed gives a local perspective on the countdown. It has a solid fan-base to boot. 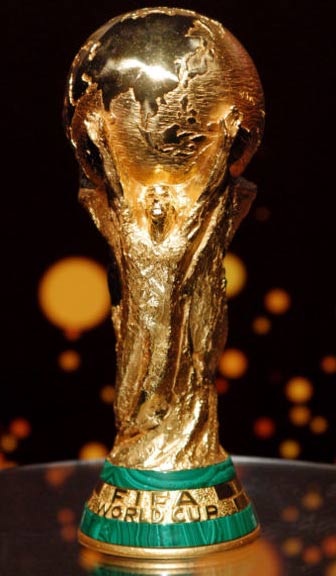 If 1000000 people join, I will streak fully naked at the World Cup Final (Facebook)

Now let's go to the lighter side of things: Apparently, if 1 million people join this woman's page, she will streak naked at the World Cup Final (to which she claims she has a ticket). Hoax or not, she already has almost 50,000 followers.