The producer, star, and screenwriter of Disney's new Prince of Persia movie -- which opens nationwide in US theaters this Friday -- discuss bringing the beloved video game franchise to the big screen. 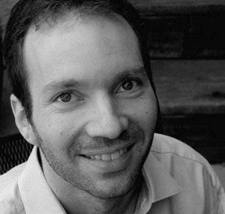 Jordan Mechner, the game designer who created the original side-scrolling Prince of Persia game in 1989, as well as its 2003 revival, Prince of Persia: The Sands of Time, was hired by filmmaker Jerry Bruckheimer to ensure that the new film adaptation pleases both moviegoers and diehard fans of the video game franchise. When Disney's Prince of Persia: The Sands of Time hits US theaters this Friday, May 28th, it will mark the first time a game creator has had such direct input on adapting their own game into a film.

Mechner's involvement is one of the reasons why many have high hopes for the Prince of Persia film, which some feel has the potential to do for video game movies what The Dark Knight did for comic book movies. And it appears the license is in the right hands. Jerry Bruckheimer, the movie's producer, was, after all, the same person who turned an amusement park ride at Disneyland into a US$2.6 billion Pirates of the Caribbean film franchise juggernaut.

"Coming up with great drama and compelling characters is one thing," says Jerry Bruckheimer. "But with a theme park ride, it's infinitely more difficult to pull off. With the Pirates of the Caribbean films, all you had were pirates and a basic location, but with Jordan's work on the Prince of Persia games, he's already developed rich characters, plotlines and themes."

Gamers who have played through the original The Sands of Time trilogy, which includes sequels The Warrior Within and The Two Thrones, will discover that the movie draws heavily from the games in terms of its look and story.

"In both the game and the movie, the Prince is tricked by a villain who wants to possess the Dagger of Time," explains Jordan Mechner. "To set things right, he has to team up with the princess of the kingdom he's mistakenly helped conquer. The spirit of the story is the same, but the details of how it unfolds are different."

The original Prince of Persia game (1989) running in MS-DOS.

Although the Prince of Persia movie was ultimately created to appeal to moviegoers as a whole -- many of whom will never even touch a Prince of Persia game -- early test screenings have received positive responses from both those unfamiliar with the material and gamers, a crowd that Hollywood has yet to capitalize on with flops like Doom, Street Fighter: The Legend of Chun Li and Max Payne.

"It must work as a movie first and foremost," says Bruckheimer. "Gamers are familiar with the Prince of Persia franchise from playing the games, and those who have seen The Sands of Time movie at screenings have come out of it saying that it's been their best experience of seeing a video game turned into a movie. That's all I can go by. Maybe they're lying to me, but that's really what they tell me."

Also appealing to mainstream audiences is the fact that Oscar-nominated actor Jake Gyllenhaal is on board, bringing both a newly buff brawn and acting chops to the role of the Prince. Bruckheimer describes Gyllenhaal as a versatile actor who "brings that Errol Flynn-like, old romantic lead quality to the film."

"Physically, Jake looks like the Prince in the games," says Mechner. "He did a terrific job with the action-hero aspects of the role -- he got into unbelievable shape and even did a lot of his own stunt work. More importantly, Jake Gyllenhaal is a very talented actor who was able to capture the Prince's human qualities: macho but vulnerable, with a mischievous streak. I've always seen the Prince as not just a warrior, but also a bit of an underdog."

Jake Gyllenhaal as the Prince with Gemma Arterton as Tamina

Gyllenhaal reveals that he actually played the original 2D Prince of Persia game back in the day and brought the more recent The Sands of Time game on set with him in Morocco and London.

"Sometimes I would bring the stunt guys into my trailer and I'd be like, 'Check out this move. Look what he does in this situation and maybe we can try and figure out how to do that in the movie'," says Gyllenhaal, who adds that he was brought up to speed on the new game when he got the role. "It was interesting seeing the storyline evolve from what you experience in the games to what you see in the movie."

While he can hold his own with the classic Prince of Persia side-scroller, Gyllenhaal comes from a different generation of gamers. When asked if he was able to master the Sands of Time game, he jokes, "From your GamePro point of view, no. From my point of view, I mean, I'm an actor, so, yeah, I was fantastic. But seriously, I was pretty good, but I'm definitely not as good as many gamers out there who were practically born with the controller in their hands."

Since there are now four games in The Sands of Time storyline -- the fourth being the recently released interquel The Forgotten Sands which takes place in between The Sand of Time and The Warrior Within -- gamers could see more Prince of Persia films in the future.

"If the film is a success and Disney wants to make another one, we'll cross that bridge. We'll certainly take elements from the video games and from the first movie and continue the story from there," says Bruckheimer.

Gyllenhaal is up for another go-round as the Prince as well. "I'd be honored to if that was a possibility and that became an opportunity," says Gyllenhaal. "It was nice to have the challenge of being a part of something that I know and a lot of gamers are critical of when it comes to translating a game to a movie. Gamers have high expectations for the Prince of Persia movie because it's such a treasured franchise. And we definitely didn't take that lightly."