Shogun: Total War was the title that launched the prolific Total War strategy game franchise developed by The Creative Assembly. After being around for 10 years, no matter how much you were in love with it the first time around, the game is definitely showing its age. 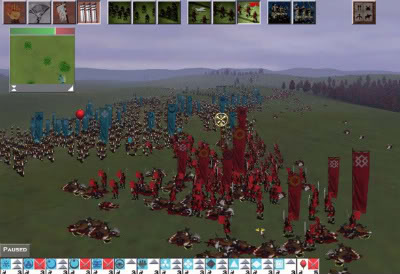 The original Shogun in all its low-fi glory.

So when The Creative Assembly showed off Shogun 2: Total War at E3 this year, it was clear the developers wanted to honour the success Shogun 1 brought to them. Not only has Shogun 2 been given some serious graphical steroids, the AI and the battle system have also been powered up.

While the original Shogun could only fit 5,000 troops on screen, Shogun 2 can handle up to 56,000 at any one time. Different units also have their own fighting styles to duel enemies with, all of which were motion captured to make fights more realistic in battle.

Shogun 2 sees the introduction of ore-based naval battles where players take in land considerations when trying to outwit their opponents, such as creating bottlenecks or running enemy ships into rocks. Historical accuracy has been painstakingly fretted over and the team even took a whole year to learn how to replicate the ink and brush style artworks available in that era.

Taking 10 years of experience and technology with them, The Creative Assembly bundled it all together to make the Shogun they had always wanted to make.

Still not convinced the developers were committed enough to Shogun 2?

There are 80 different types of trees in the game, all of which were manually modelled by designers.

GamePro sat down with Creative Assembly's front-man, Kieran Brigden, to talk about the developer's “labour of love” and to grill him more on what fans can expect to see in Shogun 2: Total War.

GamePro: You guys have had 10 years to think about Shogun 2 and undoubtedly you have received a lot of fan feedback. What fan suggestions have you chose to take on-board in this game?

The big thing is – what you get in the first few games is a real sense of immersion.

What happened when we went to 3D with Rome: Total War was everybody said it was so immersive and really cool, but they lost that sense of connection to their characters and factions. They got more of an epic scope with games like Empire and Napoleon, where they felt like they were playing across a huge world, but also felt a lot less personal.

We are doing a lot with regards to how the clan leadership works and the generals as well to bring back a sense of real story but still give you that free-form gameplay.

Of course, we have introduced naval battles in a different fashion because we weren't able to do that with Shogun 1. That was something the fans called for. It was something we wanted to do all the way through but never had the technology to do it and now we have gone back to do with Shogun 2

We've also got a number of big things we are working on for multiplayer which would have been impossible with Shogun 1, which the fans have enjoyed throughout the entire Total War series, we wish to push that bit further 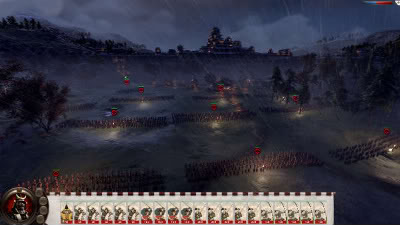 There is a lot of stuff that have come from fans and the community that has made it into the game.

First and foremost, we have hardcore fans, that are like “Give us that Total War that we really love, you know, and not just every Total War we love” since there are bits about their favourite. And if you ask them it's always Shogun, Rome and Medieval. There are bits they love in those game and you have to figure out which bits. That is what we have tried to figure out

GamePro: You mentioned something big for multiplayer in Shogun 2. Can you spill more details on that?

There are a number of big improvements and different modes of gameplay. I can't tell you what all those are. We need to test them to make sure they all work so we can fit it in but there are big plans with multiplayer in the pipeline.

In addition to the stuff you have seen in previous games, such as drop in battles in Napoleon, now we have four multiplayer campaigns and the like. It is reasonable to expect those as standard. But we want to provide more options to make it kind of worthwhile.

Again, I can't say too much.

Prepare to immerse yourself in a whole new world.
More from Zero Latency VR