There were a huge number of excellent titles at this year's E3 Expo. Rather than overwhelm you with huge lists broken down by category, we decided to instead reward a short list of products that we felt were truly outstanding. 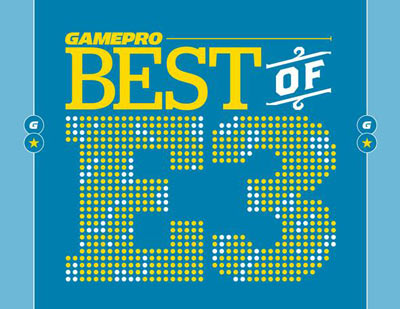 This year's E3 Expo was a spectacular showing for the games industry. We saw some phenomenal product announcements, and some truly amazing games that really demonstrated the breadth of tastes that video games are able to satisfy.

To try and summarize this, we wanted to approach our "Best of E3" awards this year in a slightly different way. Rather than break things down by genre, platform, or category we wanted to come up with a short list of products that really wowed us. Products that we feel that you really need to see and experience in the coming months. There were many more that really impressed us and their omission from this shortlist is in no way a diss to any of them.

So, in no particular order of preference (except this first one)... 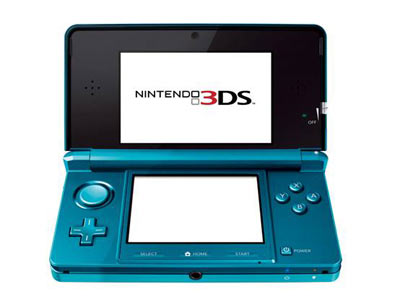 Without any shadow of a doubt, the one thing that we were all impressed by. The general vibe at E3 this year from just about everyone was that this was the must-see event of the show. We don't know how much it's going to be, or when (exactly) it's going to be in stores, but judging from the reactions from developers and observers alike, it's sure to be a hit.

It's not the sequel to Rez. Not really. It's more a "spiritual successor." The basic gameplay mechanics are quite similar, but the visuals are far more spectacular, and the music more varied. It supports Kinect too, but it's not designed specifically for it. 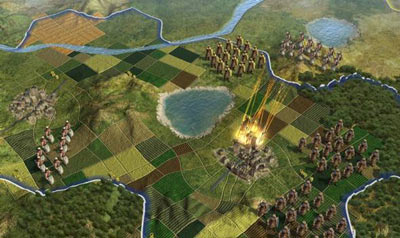 We've been impressed with Civilization V since we first revealed the game in our exclusive cover story earlier this year, and as it creeps closer to release, it just continues to blow us away. There was no hands-on at E3, but the demo we saw showed how effective the new hex system will be for player movement, plus new combat moves like bombardments.

EA's sci-fi horror franchise dials things up in the sequel with spectacular new creatures, and a much larger game environment to explore.

Another stand-out hit from the show that got everyone talking thanks to its combination of stealth, combat, hacking, and social gameplay elements.

Nostalgia was one of the many themes that came out of this year's show, and few games played on the emotion more than Retro Studios' reboot of the most successful game from the SNES era. Fundamentally it's the same kind of thing, only with more of a focus on cooperative play.

Warren Spector's ambitious Wii project for Disney is designed to appeal to everyone; gamer or not, Disney fan or not. That's a tall order, but what we saw at E3 was one of the best games on show for the system. 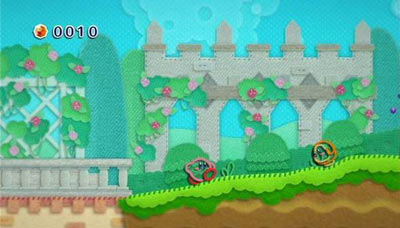 Kirby returns with a completely new look, and a totally original approach to the platform game genre. The whole game looks like it was embroidered onto the screen, and gameplay mechanics make use of yarn and fabric in incredibly original ways. 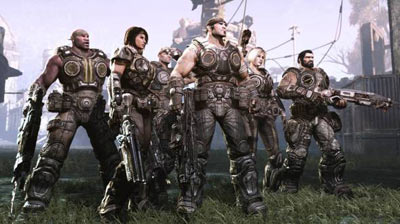 Two words: Beast mode. It's like reverse Horde mode, and we love it. Cliff Bleszinski and his team at Epic have pushed themselves even harder with the third Gears title, and the result is more spectacular than ever.

There are moments when you watch Gran Turismo 5 that you forget you're looking at a game. We were particularly impressed with the way that the Top Gear test track is represented in the game. During replays, they even use the same camera angles that you see in the show. Worth the wait? For car fans, absolutely.

Bungie's emphasis at E3 was on the single player campaign, and it revealed some exciting developments. Particularly surprising was the space combat segment in the new Saber vehicle.

Don't dismiss this as a "kids" MMO. LEGO Universe is an impressive online game, but also benefits from an easy-to-understand build mode that features every kind of LEGO brick ever made. You can even program your creations to respond and react to in-game behavior too. 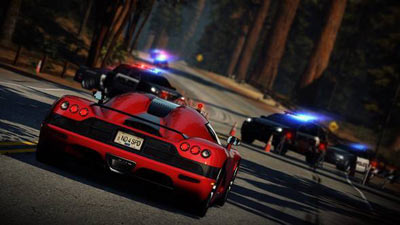 Cops chasing racers in exotics. Burnout Paradise developer Criterion Games brings its spectacular style to the Need for Speed franchise, and it didn't fail to impress anyone that saw it. It's also a deeply connected game, and offers some of the most thoroughly designed social functions that we've seen in a console game. It's also on the cover of the August issue of GamePro, which will be in stores at the end of this month.

"It's been a long time, how have you been?" asks GLaDOS in the teaser trailer. All the better for getting a glimpse of the game in Valve's meeting room at E3. Portal 2 is bigger and more complex than the 2007 original and features many new tools to help the player (and a co-op partner) through the new facility.

Rage is the next generation of just about everything that id Software has ever worked on. It's not only an impressive new piece of technology that looks unbelievably good, but it's a brand new IP designed to elevate the whole genre to a new level. A lofty and pretentious goal? Perhaps, but from it's showing at E3, they may just pull it off.

It's safe to say that we've all been suffering from a little bit of music game fatigue lately, huh? Rock Band 3 certainly shook us free of that. It's pretty incredible stuff. The keyboard works great, the new song and playlist management stuff makes the whole thing much more convenient, but the really impressive thing is the new Pro mode. We tried it with the new six-string guitar, and are confident that Rock Band 3 can be a great game and a very competent music teaching tool.

You can use the Force to crumple up a TIE Fighter like it's a piece of paper, and then use it as a projectile weapon. Do we need to say more? Yes? OK...well, they appear to have taken all the criticisms of the first game to heart, and have completely revamped the whole experience. 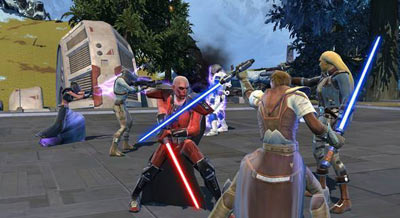 Personal starships, character customization, solo gameplay, PvP... LucasArts and BioWare showed a lot of impressive stuff at E3. Bottom line? Think of it a huge sequel to Knights of the Old Republic.

Super Scribblenauts employs a very smart approach to being a sequel for a beloved but flawed game. Rather than try to outdo the original, it refines it, and does a good job of addressing all of the elements that players complained about. The user interface is more intuitive, the challenges more structured, and the game's vocabulary has been hugely expanded.

The Legend of Zelda Skyward Sword

No, it's not a game, and purists may cry foul at our inclusion of it on this list, but it's here for a very good reason. As a demonstration of the potential afforded by Microsoft's Kinect, there was no better example at E3. The games on show were fun, but Your Shape illustrated the benefits of a motion-tracking camera and what this could mean for broadening the appeal of interactive entertainment.