From designing educational software to becoming synonymous with hardcore video game violence, we explore the anarchic history of Running with Scissors with CEO and cofounder Vince Desi.

Vince Desi is not easily rattled. As the CEO and cofounder of Running with Scissors -- the Arizona-based studio best known for creating Postal, a game franchise United States Senator Joe Lieberman described as one of the "three worst things in American society" -- Desi's upbringing conditioned him to not dwell on what other people think. The word "bother," he explains, is not in his vocabulary.

"My personal background allows me to not suffer shock like some people," says Desi. "I'm from Brooklyn, New York and I've seen an awful lot of sh*t in real life that people play in games. I think I have a different perspective on reality than a lot of people who play games. I've seen a lot of violence in real life." 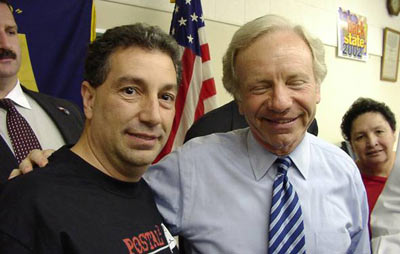 But portraying real life in his work was never something the head of the twelve-year-old developer was interested in. The carnage and causticity depicted in the Postal games is, and always has been, satire.

Reluctant to blend in with what other game companies were doing in the 90s, Desi and his team were enthusiastic about being perceived as "different." Games like id's Doom were gaining tremendous popularity on the PC, and Desi and his crew desired to distance themselves from the current trend in gaming as well as their roots in developing educational games.

"We wanted to get away from the whole 'I play a soldier who's in space, saving the world,' says Desi. "They say there's only seven scripts in Hollywood. In the video game industry, there's about one and a half."

Before relocating to Tucson, Arizona and changing their name, the studio ran out of New York City as Riedel Software Productions (named after its president Michael J. Riedel), developing games based on children's television shows like Tom & Jerry, Bobby's World, and Sesame Street -- a sharp contrast with what the company is known for today.

As the studio began forming its new identity, they needed a name -- something that embodied the kind of irreverent experience they were intent on delivering. As it turned out, the name came out of something Desi's own mother used to yell at him.

"Parents today are so friggin' liberal. When I was a kid and my mother wasn't hitting me with whatever was in arm's reach -- and that included a lot of things -- she'd always tell us 'don't run with scissors.'

Desi explains that while other names for their company were considered, it was the common parental warning from the 1950s and 60s that reflected the sense of humor and spirit of their nascent company.

A mere week after announcing the newly formed Running with Scissors, the team began work on their first game. But first, they had to figure out what to call their new project, which put you in the role of a character driven over the edge who goes on a murderous rampage. 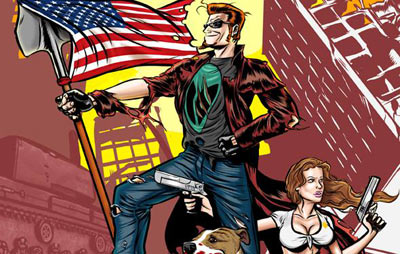 "We came up with a number of names for our game, but for one reason or another we rejected them all," says Steve Wik, founding member of RWS and the creative director and lead designer on the Postal brand. "Vince initially came up with the idea of calling it The Last Nail, which had a cool crucifixion vibe to it.

"There was a game for 3DO called P.O'ed, and I thought 'all the good names must be taken if that's what we're down to.' I figured there must be some word in the lexicon to sum up the kind of game we were making and then I heard someone say 'whoa, that guy went Postal.' I knew that was it. It summed up what the game was and the kind of experience we're going for."

In the original Postal video game, the player assumed the role of "Postal Dude," who -- like many game protagonists -- was purposefully anonymous in an attempt to create an empty vessel for the player to inhabit. Desi reveals the name actually came out of an interview where he adlibbed the moniker when asked who the main character was.

The missions in the first game unfold via an isometric view, where the Dude, after being evicted from his home and "going postal," must survive each level by gunning down a percentage of "hostiles" and eventually reach an exit. The game provides no further backstory on who Postal Dude is or why he's gone on a killing spree. The tone of the game was admittedly vicious -- but the team counterbalanced Postal's violence by injecting their morbid sense of humor into the game. For instance, one of the first missions, The Junk Yard, begins with the quote "I will don the eviscerated organs of my enemies as party hats, wear their shredded entrails as neckties and oh, how I shall dance!"

While the original Postal was light on backstory, Postal 2 developed the Postal Dude character more thoroughly. The sequel switched from a third to first-person view, which Steve Wik feels was "a license to recreate the whole thing," including what exactly motivates this character. Early in the game, you learn that he lives in a rundown trailer in Paradise Arizona with his verbally abusive wife, referred to as the "Bitch." She's never shown -- aside from her grating nagging -- but she serves as the method through which missions and objectives are presented by means of a "to do list." The game begins with him getting fired on his first day on the job at Running with Scissors.