No matter where you travel, you're probably going to have some trouble taking photos--not necessarily because of any technical issues with your camera, but because there will be so many people in the way of what you're trying to shoot. I've explained before how to erase tourists from your photos using Corel Paint Shop Pro, but this time around I've got two different techniques to share with you: One you can use in almost any photo editor from Adobe Photoshop Elements to GIMP, and an even easier method that works in Adobe Photoshop only. 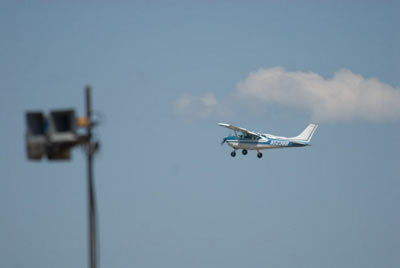 One of the oldest and most beloved photo editing tricks, cloning is a handy way to discreetly remove small objects from a photo. To clone away an unwanted element, you just "paint over" it with some texture from a nearby part of the photo. When done well, it can be almost impossible to tell anything was changed, and it's a great way to eliminate tourists from vacation photos. Take this airshow photo, for example, with a distracting pole in the shot. Rather than cropping it out, I'll clone it away.

Most photo editors have a Clone tool. In Photoshop Elements, you can find it in the 15th cubby from the top of the toolbar on the left side of the screen; it looks like an old-fashioned ink stamp. (In GIMP, it's also an ink stamp, sixth from the end of the toolbar.) After you select the tool, find a part of the photo that you can use to paint over the unwanted bits. Look for a section of the photo that would naturally be there. If a tourist is standing in front of a tree, for example, can you copy bits of foliage?

Next, hold the Alt key and click on the part of the photo that you want to use as your source. Also, you might need to adjust the size of the clone brush--you can adjust that in the Tool Options palette at the top of the screen. Make the size big enough that you can dab and paint sections of the photo with each stroke. It shouldn't feel like you're etching with a sharpened pencil.

You can also experiment with the opacity control in the Tool Options palette. Setting the opacity at 100 percent will completely obliterate the unwanted element, but the source material that you're cloning might look unnaturally pasted in as well--reducing the opacity can help to blend the new and old parts of the photo. 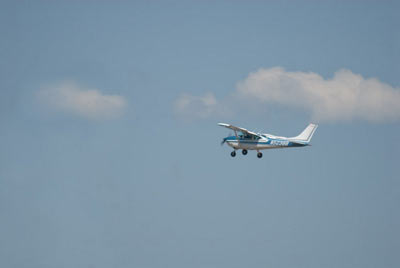 When you're ready, just start painting. Wherever you paint, you'll replace the pixels under your brush with "borrowed" bits from the source location. There's an art to painting with the Clone tool. Like learning to play a musical instrument, you'll need to practice with it before your results look realistic and attractive--just like my airshow shot, without that annoying pole.

If slaving over the Clone tool sounds like too much work, then I've got a fast and simple solution that you might enjoy. The downside? Not only does it require the full Creative Suite edition of Photoshop, but it's also a technique you have to plan for when you originally take the photo. 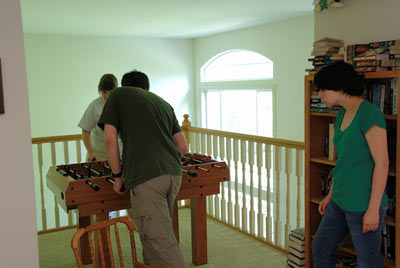 In a nutshell, Photoshop can take a series of similar photos and automatically remove parts that don't belong in all the photos, leaving behind only those sections that are identical in every one. Here's a crowded shot, for example, with people moving around in the scene.

Here's what to do: When you take a photo of something in which a bunch of tourists are cluttering up the photo, take a bunch of photos so that, over a handful of shots, you thoroughly photograph every bit of the scene. In each photo, you'll have unwanted people, but they'll move around from shot to shot, leaving the background consistent in every frame you shoot. It's best to shoot this on a tripod, but if you're hand-holding the camera it might be okay; just be sure to keep the framing as consistent as possible in every photo. 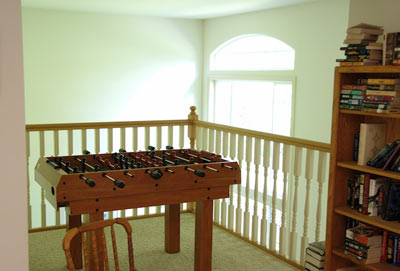 When you get home, load all the photos into Photoshop and then choose File, Scripts, Statistics. Change the Stack Mode to Median, and then click Add Open Files. Finally, click OK. That's all you need to do. Photoshop will think for a little while (depending upon how many photos you supplied), and you will end up with a photo with no tourists, almost like magic. I took a series of six photos to get this human-free photo.