There was once an arcade parlour right next to my local cafe. My mother used to drag me to the cafe where she would confabulate with her girlfriends about mortgages, selective schools and all the things a child would not care about.

During those meetings, I would sneak out to the Galaxy World arcade next door. Drawn by the brightly lit monitors and staccato music, I would roam around watching all the big kids abusing joysticks and mashing buttons on the assorted gaming cabinets until my mother dragged me away.

I looked forward to growing up and joining the ranks of arcade trawlers, blowing my pocket money on video gaming machines. But it was not to be.

The space subsequently turned into a Fun World game arcade (which also failed) and then a Chinese bargain store. Its latest incarnation is a cut-price clothing outlet catering to ‘mature’ women. 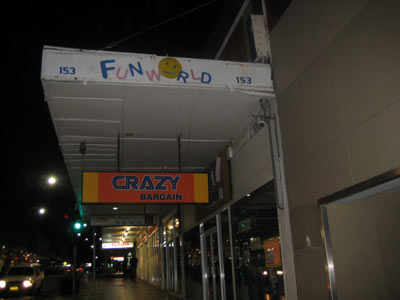 I hear it's going to be a retail pharmacy by the end of the year.

I still stand at the front sometimes, reminiscing about teens crowding around machines, jeering as they virtually sparred with each other in popular fighting games.

This is a common story for arcade parlours. And I have to be honest with myself: Video gaming arcades had already started its terminal slide during my childhood. The industry was a mere shadow of what it used to be during the glory days. 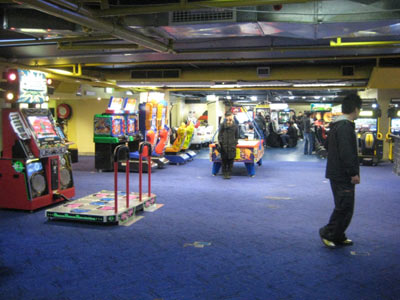 A brief history of arcadium

Arcades had their origins in the '70s when the most sophisticated coin-operated games were Pong, Space Invaders and Galaxian. The early to mid '80s marked what is commonly referred to as ‘the golden age’ of arcade gaming; a period where arcade parlours thrived thanks to innovative and – at the time – state-of-the-art titles such as Pac Man and Defender. Most of the hallmarks of the genre were laid down in this period, from 3D viewpoints to end-of-level bosses.

Video game arcades began spreading faster than herpes on Jersey Shore, to the point where almost every metropolitan city had at least one shop blaring disjointed monophonic music.

These arcades drew mainly teenage and young adult crowds. Anybody going through puberty at the time can probably remember the vast amounts of pocket money lost to arcade parlours, whether it was to beat a high score or just to kill time and hang out with friends. They were essentially bars for the underage market.

But a sleeping giant would awake to crash the party: Home video gaming technology, which had always trailed behind the big and expensive arcade units, had started to catch up.

Attack of the consoles

Peter Hankin is the owner of arcade franchise Playtime and has been in the industry for over 50 years. His father was the first person to bring Space Invaders to Australia.

Hankin, who worked with his father to build up an arcade business since he was 17, has firsthand experience on how the home gaming scene has burnt a hole in the arcade market.

“Our attractions had better resolution, better graphics than people would have a home on their TVs,” he said. “But as computer games evolved on PC and consoles, we lost that advantage. Although we have kept our big monitor advantage.” Perhaps in today’s era of big screen TVs, even this point is debatable.

By the '90s, video game parlours began their process of attrition. Many shut up shop as patron numbers dwindled. People preferred to couch their backside in front of their home monitors for free — and who can really blame them?