In 1996, DC and Marvel teamed up to bring us the ultimate face-off in comic book history — the imaginatively titled DC vs. Marvel Comics. This limited-edition series took the heavy-hitters from each universe and pitted them against each other in a series of one-on-one brawls. The results were positively nerdgasmic.

DC vs. Marvel Comics remains a defining moment in the illustrated medium — to this day it hasn’t been topped. It also settled a brace of schoolyard debates that had been simmering for up to half a century (e.g. who would win in a fight between Captain America and Batman?*)

Well, guess what boys 'n' girls? Next year, gamers are going to get a taste of the same magic.

Street Fighter X Tekken is the crossover event that fans have been waiting for. After years of wistful “what ifs?”, we are finally going to see our favourite titans clash in the ring. Cammy vs. Nina! Ryu vs. Jin! Blanka vs. Kuma! King vs. Zangief! Come 2011, gamers will be treated to some of the greatest dustups the fighting genre has ever known.

This is pure fanboy nirvana, plain and simple. Just listen to the wails of euphoric ecstasy that greeted the game’s announcement at Comic-Con 2010 — you’d think the world’s biggest rock star had just walked into the room. If Ali and Foreman’s historic Rumble in the Jungle could be distilled into a video game, it would look a lot like Street Fighter X Tekken. 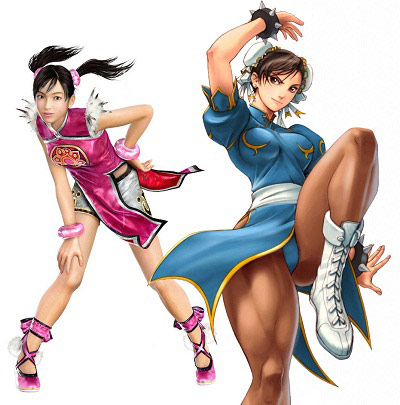 To the cynics, naysayers and killjoys, I have only this to say — shut up and embrace your inner geek! For once in your life, try not to rag on a project before it's even been released. It just makes you look like a parody of the Comic Book Guy (and he was a parody to begin with).

If you agree with my black-hearted colleague Spandas, you are hateful scum; plain and simple. I will now address each of your mealy-mouthed objections in turn.

1. The control schemes are too different! They’re going to clash!

Capcom and Namco are no strangers to the fighting genre — with the possible exception of SNK, they are the best in the business. To put it bluntly, they know how to make a fighting game better than you do. Is it really unconceivable that they can strike a successful balance between both playing styles? Besides, both companies are developing separate games that will pander to their core audience — so nobody is getting left out of the loop.

Sure, the Tekken characters might control differently in Capcom’s game, but all of their signature moves will remain intact — from Kuma’s spine-crunching bear-hug to Kazuya’s devastating double-face kick. They might not control exactly the same, but they should feel right, which is all that matters.

Likewise, the Namco version will probably include new and unfamiliar moves for each Street Fighter character — but surely this is a good thing? Personally, I'm excited to see what fresh attacks and combos they come up with. Put it this way: no matter which series you're a fan of, you'll soon have a whole new roster of characters to try out, and every one of them will be iconic.

Namco and Capcom have hardly ever put a foot wrong when it comes to fighters, so have a little faith, eh? 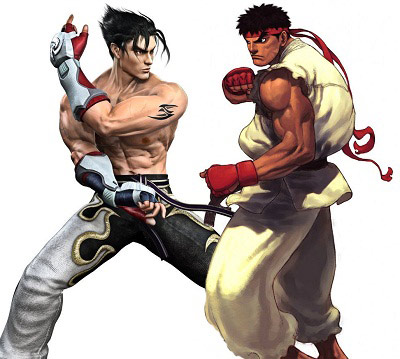 Okay, so the plot will probably be a convoluted mess — but who the hell plays fighting games for the story? Unless you’re an avid consumer of fan-fiction, does it really matter if the game flies in the face of established canon? (Incidentally, DC vs. Marvel Comics didn’t make a lick of sense either, but that didn’t stop the series from being awesome.)

I refer you again to the Street Fighter X Tekken announcement at Comic-Con 2010. Y’see, sometimes, hype is a good thing. The feeling of excitement and anticipation, the shared joy and optimism amongst fans, the frenzied devouring of fresh news and announcements — it’s like being a kid on Christmas morning all over again. If you want to deny yourself those feelings and prefer grumpy, world-weary cynicism, then I kind of feel sorry for you. Do yourself a favour and geek out for a change. 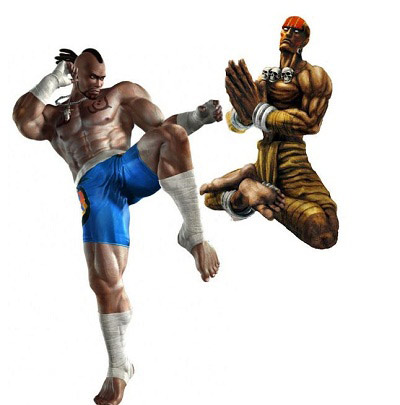 4. It’s a cynical cash-in designed to take our money!

Well, duh. Every commercially produced video game exists for one purpose — to make large sums of cash for greedy corporations. Of course Street Fighter X Tekken is a cynical cash-in — but that doesn’t mean it won’t be brilliant. Capcom and Namco both have a reputation for treating their fans with respect. Do you really think they’d take a huge, steaming dump on their cash cow just to make a quick buck? The long-term damage simply wouldn’t be worth it. Mark our words — Street Fighter X Tekken will be just as polished and meticulously balanced as its award-winning stable mates.

Oh shut up and die, you pathetic fan boy loser.

In conclusion, there’s no reason to doubt that Street Fighter X Tekken will enjoy every kind of success. It is being developed by first-party experts who respect and understand their fans. Frankly, if you’re not excited by the prospect of these two incredible franchises teaming up, you have no soul. Repent and join the party, before it's too late. 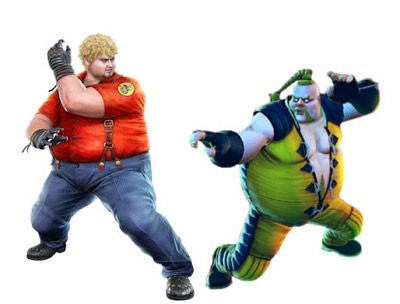 Well, there you have it. Two very different viewpoints from a pair of die-hard Tekken/Street Fighter fans. Let us know who you agree with most below.