Nokia's Symbian is the world's most popular mobile operating system according to the latest Gartner research. Despite the rise of the iPhone and Android platforms, Symbian still accounts for almost 47 per cent of smartphone sales in the world.

Check out our Nokia N8 vs iPhone 4 smartphone showdown.

One of the key reasons for the rise of competing platforms is new premium handsets like Apple's iPhone 4 and the Android-powered HTC Desire and Samsung Galaxy S. The once mighty Nokia has struggled to produce a device capable of challenging these types of high-end smartphones. The Finnish giant is hoping its new flagship N8 smartphone will help it fight back, but we remain unconvinced. So why does Symbian suck compared to the new kids on the block?

Although looks are usually a matter of personal preference, we believe that both Apple and Android smartphones have far better looking and more modern interfaces. In our opinion, the Symbian interface looks and feels outdated. Of course, this is a UI and not an OS, but put an iPhone, an Android handset and a Nokia N97 mini together and judge for yourself — the N97 mini looks decidedly second rate. Of course, fanboys will point to the fact that the N97 mini is no longer Nokia's flagship handset — this honour will soon be bestowed upon the Nokia's N8, which will hit the shelves on 1 November. The Nokia N8 is the first smartphone to run Symbian^3, which delivers a facelift to the operating system. Symbian^3 does improve on many aspects of its predecessor and it is smoother, faster and easier to use. But it still looks inferior to most of its competition. 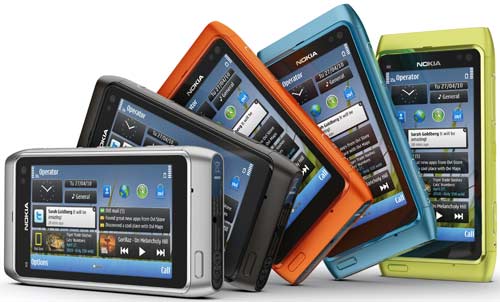 Nokia's upcoming N8 is the first smartphone to run Symbian^3.

A usable app marketplace has become a critical feature for any smartphone operating system. Apple has its App Store, Google the Android Market, and RIM has BlackBerry App World. Symbian has Nokia's Ovi Store. Though the Ovi Store has steadily improved since its release, it has far less apps than its competitors. Some may point to the fact that it is not about the quantity of apps rather than the quantity, but at the time of writing there is still no official Symbian app for Twitter, eBay, PayPal or Dropbox (just to name a few). There is also a distinct lack of apps that have a 'wow' factor, such as 3D games, and the store itself isn't as easy to use as its competitors.

Of course, Symbian has long benefited from widespread developer support, and there is a wealth of applications available away from the Ovi Store — the problem is, not every smartphone user is tech savvy enough to install them. Most want to tap the screen a few times and quickly download an app; it is clearly a more streamlined and less frustrating process to use competing app stores.

As the owner of Symbian, Nokia is the number one device manufacturer for the platform. In recent times, Sony Ericsson and Samsung have released smartphones running the Symbian platform, but both are now focussing on the Android OS. The fact is, if you want a high-end Symbian smartphone your only real choice is Nokia. If you want a high-end Android smartphone you can take your pick: HTC, Samsung, Sony Ericsson, LG, Motorola, Garmin-Asus, and Acer currently sell Android-powered smartphones in Australia. With more manufacturer support comes user interface customisations — a great example is HTC's Sense UI, seen not only on its flagship Desire handset, but also on the entry-level Wildfire smartphone.