Ten years can be a lifetime in the video games industry, given that mini-revolutions can occur in the space of just a year. The quality of graphics continues to improve at a rapid rate, new game engines come out that make virtual environments seem even more real and a torrent of new games will be released.

All of this makes developing a sequel to a game released more than a decade ago a bit of a challenge, especially when it's a sequel to the cult-classic American McGee's Alice. How do you retain the qualities of a game that came out 11 years ago yet make it relevant to audiences today?

First made by American McGee through Rogue Entertainment and published by EA, Alice told the tale of the titular heroine and was based on Lewis Carroll's Alice in Wonderland but with a wash of the macabre.

In McGee's version, Wonderland is the twisted creation of Alice's mental instability with all her inner demons manifesting as grotesque and vile creatures.

The game appealed to many for its original storyline, spectacular visuals and, of course, its unconventional heroine who — despite being based on a rather innocent character — was a force to be reckoned with.

So how is this Alice doing after an 11 year absence? Apparently she is very much the same; just the way McGee wants her to be. 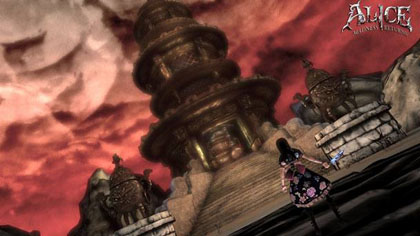 Alice: Madness Returns is — you guessed it — based on the Alice's relapse into insanity after having seemingly purged her inner demons in the first game.

American McGee also returns for the second, long-awaited instalment of Alice. This time, however, he comes with Spicy Horse — his own development studio in China — a brand new team and an Alice game that is the same but different.

I sat down with McGee and Spicy Horse's art director, Ken Wong, at the Alice: Madness Returns launch event in Sydney to pick their brains about the new game, why the morbid heroine is a breath of fresh air for gamers and whether they received royalties from Tim Burton's Alice in Wonderland film. 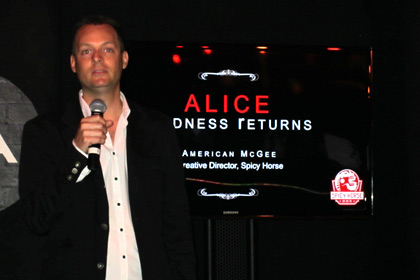 The first 'Alice' is still a much-loved and memorable game. What do you think made it so successful and enduring?

McGee: I think it had a lot to do with Alice as a character. She's somebody that you can empathise with and the story we created by virtue of killing her family really drew a lot of people in.

She was seen and still is a very strong female character; very intelligent using her wits to overcome obstacles. 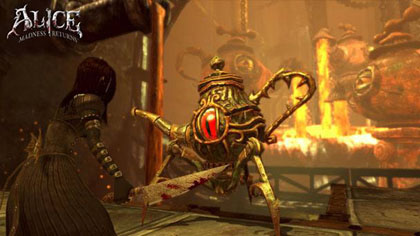 We didn't sort of make her overly sexy so she could be very believable. So I think that created an audience that really believes in her as a character and that has helped her to endure all these years.

Wong: She's very different from a lot of other video game heroes. When we were describing idea of the new game to the new crew, we said she is not like a hulking space marine, she's not a barbarian warrior; she is an insane Victorian girl. And immediately that is something fresh and that you don't really see in games very much. 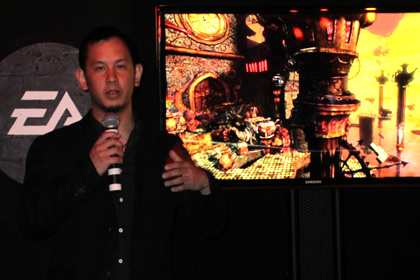 I think that's made her very appealing to a lot of different people. Something that maybe they can't find in other games.