Here at PC World Australia we go by the motto "nothing is perfect". A great example of us putting this into practice is Samsung's Galaxy S II — a phone that is widely regarded by experts as the best Android smartphone yet, and perhaps even the best smartphone on the market, period.

Read our comprehensive Samsung Galaxy S II review, and check out our guide to the best upcoming smartphones in 2011.

Even though we think Samsung has produced the best Android smartphone ever, the Galaxy S II is not immune from criticism. It does have a brilliant screen, a fast processor and a great camera, and also offers blazing performance for almost anything you throw at it, but there are a few niggling aspects that we don't like.

After playing with the Galaxy S II for over two weeks, here are five things we hate about Samsung's latest flagship Android phone.

We absolutely LOVE the Galaxy S II's slim profile and light weight, but Samsung simply needs to do better with the quality of its materials. We don't consider the frame of the phone itself to be flimsy despite its plastic build, but the rear battery cover definitely detracts from the overall feel of the device.

The carbon-like finish does provide a solid grip when held, but the cover is a chore to remove, and even tougher to click back into place. In fact, the first time we had to remove it we almost broke it — such is the flimsy feel of the plastic. In comparison to the iPhone 4's all-metal body, the Galaxy S II definitely feels inferior in this regard. 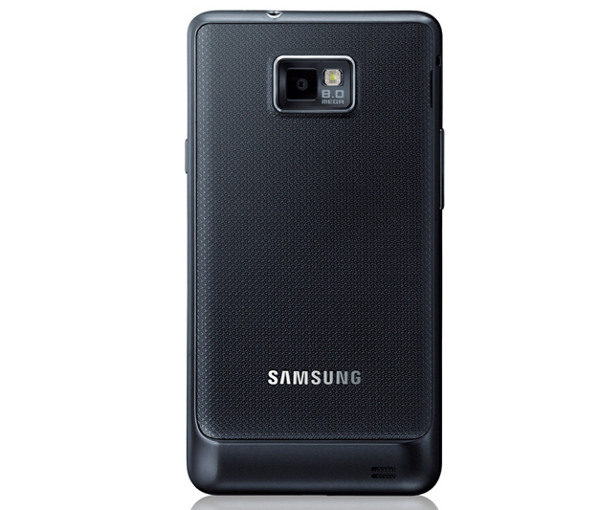 The Samsung Galaxy S II is one of the best camera phones we've tested, perhaps surpassed only by the exceptional Nokia N8 (which happens to be a poor smartphone on the whole). The 8-megapixel camera also doubles as a full HD 1080p video recorder, and the quality of videos produced is exceptional for a phone. It’s a shame then that Samsung has not included a physical camera button, which would make it easier to take photos and capture video. The on-screen shutter button works well enough, but the thin design of the Galaxy S II makes it hard to keep still when holding with two hands — often the first one or two seconds of videos are shaky. 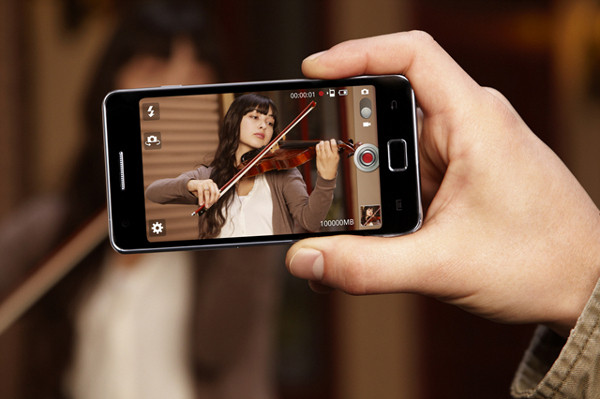 The Samsung Galaxy S II features Samsung's TouchWIZ 4.0 UI overlay on top of the standard Android interface. Though this really comes down to personal taste, we aren't huge fans of TouchWIZ. In particular, the default lock screen is slow to slide and feels sluggish on such a top-end phone, the TouchWIZ home screens don't scroll as fast as we'd like, and the screen does not wake instantly when unlocked. You also can't automatically sort the icons in the main menu, though you can move them around manually. In addition, we found little value in the four Samsung software hubs: the social hub, readers hub, game hub and music hub. Of these, the readers hub (which integrates electronic newspapers, books and magazines) is the most useful. We prefer using separate apps to social hub (which groups social networking, e-mail and IM accounts), the music hub is a music service not yet available in Australia (but coming at a later date), and the games hub simply searches for and lists compatible games in the Android Market — hardly groundbreaking stuff.

Believe it or not, behind the Galaxy S II's dual-core processor, brilliant display and quality camera is a device that makes and receives phone calls. While call quality is above average, the Galaxy S II could use some improvement in this regard. The volume of the regular earpiece for calls needs a boost, and our callers did sometimes complain they couldn't hear us too well when we were talking softly. We found you need to speak directly into the built-in microphone at the base of the phone to get the best outgoing audio quality.

In addition, the built-in loudspeaker is relatively loud and clear for phone calls, but the speaker is located in an awkward position; placing the Galaxy S II on a flat surface covers it. The loudspeaker also distorts during audio playback at about 70 per cent volume and higher.

Keep an eye out later this week where we will discuss five things we love about the Galaxy S II — because we aren't always grumpy and negative.

What do you love and hate about the Samsung Galaxy S II? Let us know in the comments below!