Earlier this week, Nokia lifted the lid on its latest smartphone, the Nokia N9. It is the struggling company's first smartphone to run the open sourced MeeGo operating system, a joint collaboration between Nokia's Maemo project and Intel's Moblin software. It's also the first smartphone from Nokia in at least three years that we've genuinely been excited about getting our hands on.

Read our detailed preview of the Nokia N9.

Predictably, the Nokia N9 was met with a chorus of disenchanted press upon its release. Although still a dominant mobile manufacturer, Nokia has struggled to compete in the high-end smartphone market against slick, touchscreen rivals. Current Nokia smartphones like the N8, the C7 and the E7 are sluggish and unintuitive compared to their rivals — including Apple's ever-conquering iPhone, and a wealth of Google Android smartphones from manufacturers like HTC, Samsung, LG, Sony Ericsson and Motorola.

In February, Nokia announced that it would be switching its focus to produce Windows Phone 7 powered smartphones for its premium devices. Its Symbian software that powers current smartphones, including the latest N8, C7 and E7 devices, will continue to be supported with both software updates, and a range of new models, (up to 10 new Symbian-based smartphones will be released within the next year) but Nokia's "primary smartphone strategy" will be Windows Phone 7 smartphones.

This makes the launch of the MeeGo-powered Nokia N9 more than a little confusing. Most analysts believe the success and strength of rival ecosystems like Apple and Google will leave little room for smartphones like the N9, which many expect to be a niche device. Nokia seems to be perfectly happy with that, and says the N9 aims to "showcase new ways to use a smartphone" — the company's CEO Stephen Elop has revealed that many of the N9's user interface features may be seen on upcoming Nokia Windows Phone 7 devices, the first of which are expected to hit the market at the end of this year.

Regardless of Nokia's Windows Phone 7 strategy, the fact remains that Nokia smartphones with Microsoft software are still months away from becoming a reality. In the meantime, Nokia remains well behind its competition, and simply waiting for a Windows Phone device to change the company's fortunes would be a disastrous move. The N9 seems to fill the gap in the meantime, and will at least give Nokia a credible, refreshing and new alternative. 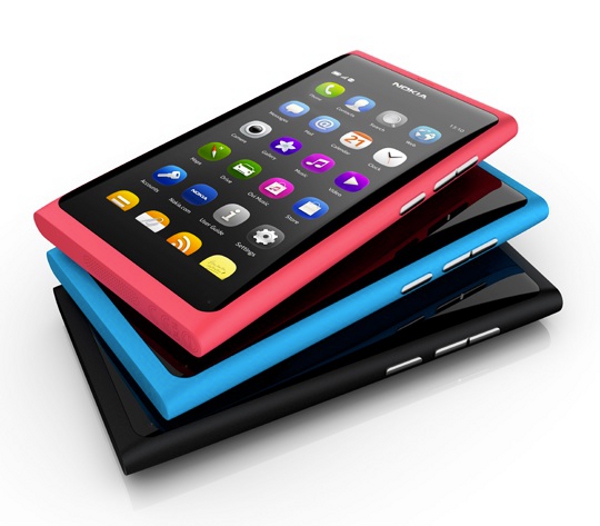 Both the Nokia N9's hardware design and software will at least give Nokia a credible, refreshing and new alternative.