Telstra has released its pricing and plan details for Apple's iPhone 4S, just two days before its official launch on Friday 14 October.

To learn all about the iPhone 4S's new features, read our iPhone 4S preview

Unlike the iPhone 4 launch, where Telstra was the first to release its pricing plans, Australia's largest telco was more coy this time around. It waited until Optus and Vodafone released their iPhone 4S plans before unveiling its own. 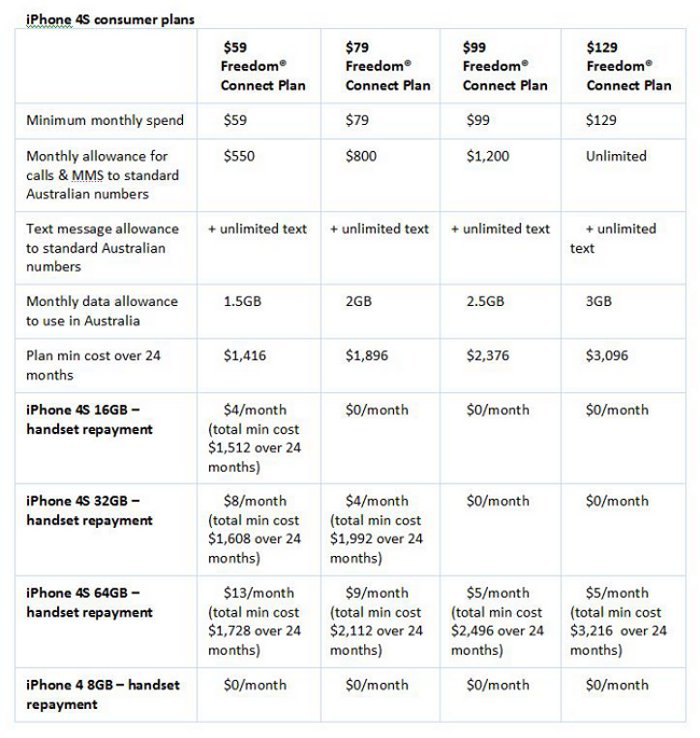 Telstra will open its stores across Australia from 8am on Friday for consumers to purchase the iPhone 4S. The telco also says you can pre-order the phone on its Web site — though it currently shows a "register your interest page", Telstra says it will begin taking orders "later today".