Optus has become the second Australian telco to begin selling the Samsung Galaxy Nexus Android phone, with the handset now listed for pre-order on the Optus Web site.

Optus has followed Vodafone's lead by promising pre-Christmas delivery for customers who order the Galaxy Nexus online before Friday 16 December. The telco "will aim to deliver the Samsung Galaxy Nexus on 20 December 2011 for metro customers and on 21 or 22 December for regional customers," the Optus pre-order page states. However, unlike Vodafone Optus does not appear to be offering the Galaxy Nexus on shorter 12 month contracts.

The Samsung Galaxy Nexus is the world's first smartphone to run the latest 4.0 "Ice Cream Sandwich" version of Google's Android operating system. It was jointly unveiled by Google and Samsung in October, has already launched in the UK and Germany, and is expected to officially launch in the US in the coming weeks.

In addition to the latest version of Android, the Galaxy Nexus has a 4.65in Super AMOLED HD display, a 5-megapixel camera that promises "zero" shutter lag, and a 1.2GHz dual-core processor. The phone also has 1GB of RAM and either 16GB or 32GB of internal memory.

Despite not being officially available in Australia, a number of online retailers are already selling the Samsung Galaxy Nexus in Australia. Two of the most popular are MobiCity and Kogan, with MobiCity selling the phone for $769 and Kogan charging $789. 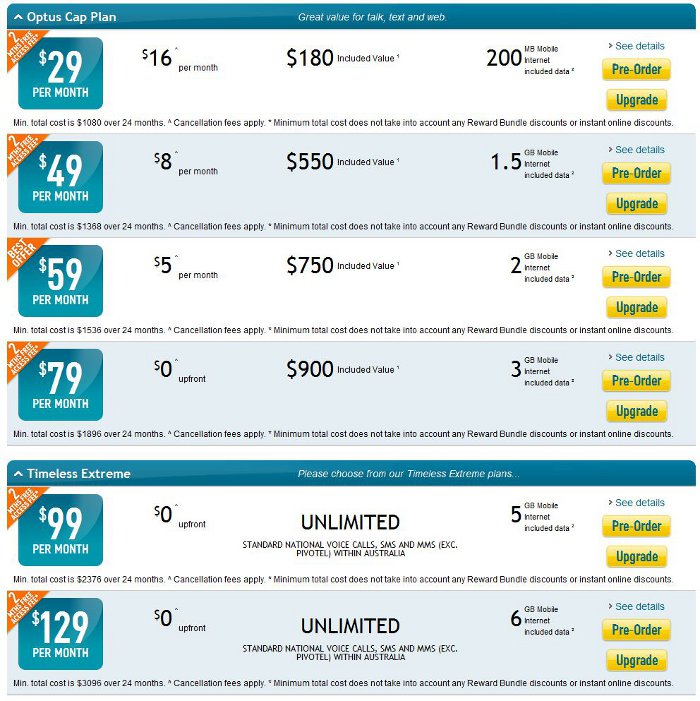