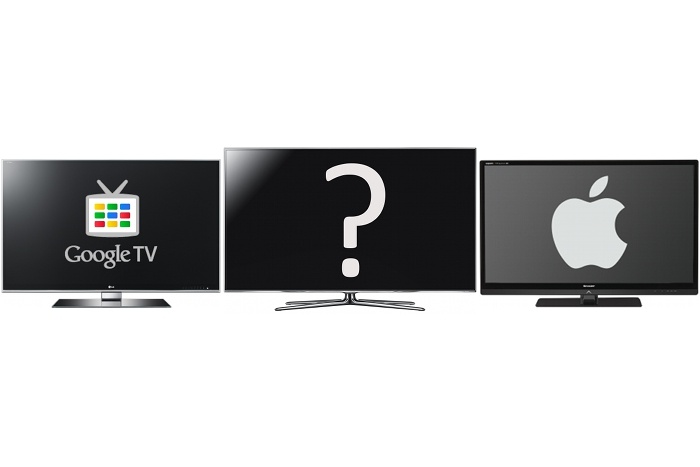 In 2011, 3D technology sparked the most HDTV buzz at the International CES trade show. At this year's industry gathering, however, 3D definitely took a backseat. Upcoming developments in high-definition TV are more varied and more interesting, and they offer a lot more mainstream appeal.

Big, beautiful HDTVs earned the most accolades at CES this year. Most notable were superslim OLED displays, voice- and gesture-control interfaces, and ultrahigh-resolution sets.

Sure, 3D is still around: Many of the new sets unveiled at this year’s show will have passive, active, or glasses-free 3D viewing when they come to market. However, 3D has moved significantly down the list of marquee features, even though we’ll see more 3DTVs in 2012 than ever before.

Some of the most interesting TV technologies we saw at CES are too content- or price-prohibitive to make a splash in 2012. That said, they offer an intriguing look at the near future of HDTVs. Here’s a quick roundup of some of the best of the show.

Judging by the initialisms alone, LED and OLED may seem similar--but when it comes to TV tech, they’re entirely different animals.

A traditional LED (light-emitting diode) set is actually an LED-backlit liquid crystal display television--in such a set, LEDs illuminate an LCD screen from behind or from the edges. But in an OLED (organic light-emitting diode) TV, the source of illumination and of the resulting image are one and the same; with no backlighting needed, OLED allows for superthin, energy-efficient sets that produce deep blacks, sharp contrast from pixel to pixel, vivid colors, and a stunning picture overall.

At this year’s CES, companies showcased the promise of OLED beautifully. Gorgeous, 55-inch OLED TVs from LG and Samsung--as well as a Crystal LED prototype from Sony that uses similar technology--stole the show. What’s more, these sets are as razor-thin as they are razor-sharp: The thinnest, LG’s OLED model, measures less than 0.16 inch thick and weighs just 16.5 pounds.

Alas, while the LG and Samsung OLED sets are both slated to be available by the end of the year (Sony’s is strictly in prototype form at this stage), they’ll cost a pretty penny. Although neither company has announced pricing or release-date specifics just yet, the OLED HDTVs are expected to cost anywhere between $8000 and $10,000 when they arrive.

In 2012, even couch potatoes might get a workout, and quiet nights in front of the tube may involve a lot more talking. If CES was any indication of what’s to come, hand gestures and voice input may soon replace the standard remote control.

At CES, LG demoed sets that users can control with a Wii-like, movement-sensitive device, as well as remotes holding built-in microphones for voice control. Samsung, meanwhile, moved its gesture- and voice-control functions inside the HDTV, showing off a set that lets users change channels, control the volume, and perform other tasks with gestures and spoken commands. An embedded camera drives a face-recognition system that can log you in for customized features, parental controls, and access to social networking sites.

Numerous other tech companies are developing voice and gesture products that sit outside of the television itself. For instance, voice-recognition company Nuance announced Dragon TV, an app that adds speech controls to HDTVs, set-top boxes, and remote controls.

Will any of these alternative inputs supplant the tried-and-true analog clicker? That remains to be seen, but 2012 should be a testing ground for voice and gesture input, especially given the number of Web-connected sets that would otherwise require a keyboard to control them.

Want to see every pore, blemish, and cosmetic surgery scar on actors’ faces? Finding 1080p to be insufficiently detailed? Good news is on the horizon.

In demos, these very high-resolution sets had notably better image quality, sharper lines, and finer detail than a 1080p set, even when upconverting 1080p footage from a Blu-ray player.

However, this is a TV technology best enjoyed up close, which seriously limits its potential for in-home viewing. From a distance, the 4K and 8K sets appear only slightly sharper than a 1080p set; but once you draw nearer, the extra detail and resolution are remarkable. For example, in a huge crowd scene on an 8K TV, you can see the facial features of people far in the back--about 80 or so yards from the camera--but spotting such detail requires getting very close to the screen.

Beyond that issue, not a whole lot of 4K or 8K content is available for these behemoths--there's even less than the paltry selection of 3D content available right now. In the short term, this TV tech will be limited to sports bars and digital signage, as its most logical current application would be to display four separate 1080p signals at full resolution on a single screen.