At a product briefing in Sydney today, Netgear unveiled its 802.11ac router, the R6300, which can reach a top wireless speed of 1750 megabits per second (Mbps). Patrick Lo, the CEO and co-founder of Netgear, said that Australia is the second market behind the United States to receive the fifth generation wireless product, primarily because Australians have a tendency to adopt new technology quickly. 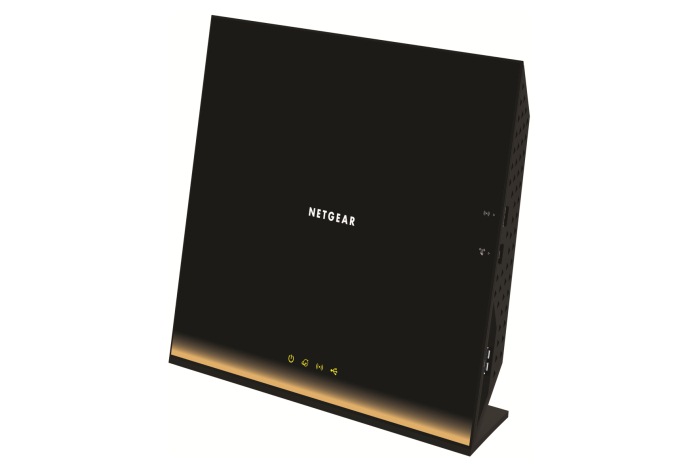 The new 802.11ac standard has not been ratified by the IEEE yet, a process which could take many more months if not years. That hasn't stopped Netgear bringing this new R6300 router to market, which the company says can provide speed and range benefits to current 802.11n devices. Mr Lo said the use of beamforming antenna technology means that existing mobile devices with one radio in them can achieve speeds up to 433 megabits per second when it comes to transferring data over a local area network.

No adapters have been released for notebooks and PCs as yet, and Netgear isn't specific on when the company will release its 802.11ac USB adapter — it could be up to two months away. Mr Lo said some laptop manufacturers such as ASUS and Lenovo have already announced they will be putting 802.11ac adapters in their notebooks, and that most consumer devices would include embedded adapters by Christmas.

If you can't wait until Netgear releases its USB adapter, the R6300 can be run in bridged mode with a second R6300 unit, providing the full 802.11ac bandwidth between them. The router has support for simultaneous 2.4GHz and 5GHz networks, Gigabit Ethernet and a slew of established features such as ReadySHARE Printer and hard drive USB access. Additionally, Netgear's Genie App can be used to manage the router and media files from a mobile device. An apps environment is supported by the router, with developers around the world able to create new features for the router, with those apps being available through Netgear's application store.

The router is backwards compatible with 802.11n devices and also features a CD-less installation procedure. It comes set up with a pre-defined SSID and pass-phrase so that the router can be accessed easily as soon as it's switched on, yet remain secure. Those of you looking for an 802.11ac router with a built-in ADSL2+ modem will have to wait until around September.

The Netgear R6300 will be on sale around the country from this month.