The much sought-after ASUS Zenbook Prime Ultrabooks appear to have finally hit the Australian market. The first models to show up on many online stores are the UX31A-R4005V and the UX31A-R4003X. Both are 13.3in models that command prices from $1500 to $2000, so they're defintely not cheap, but they do possess many features that currently make them stand-outs in the Ultrabook field.

First and foremost, these Ultrabooks are the first to appear with Full HD, 1920x1080-resolution, LED-backlit, IPS screens, which offer not just a better video-watching experience, but a lot more screen real estate for productivity applications, and better viewing angles.

The laptops are also thin — MacBook Air-like in their thinness — and constructed out of aluminium to be strong and rigid, not to mention light at around 1.3kg. They have a backlit keyboard and a large touchpad and they include USB 3.0, micro HDMI and SD card ports. Better wireless performance is also present, with both units sporting an Intel, dual-band Wi-Fi adapter that can also connect to Wi-Di devices.

The UX31A-R4005V is based on Intel's third generation Core i5-3317U processor with integrated Intel HD 4000 graphics, and it also features 4GB of DDR3 SDRAM and a 128GB solid state drive (SSD). This configuration was found on Digital Star's Web site for a price of $1589, with the Web site claiming that the units will be available from today. 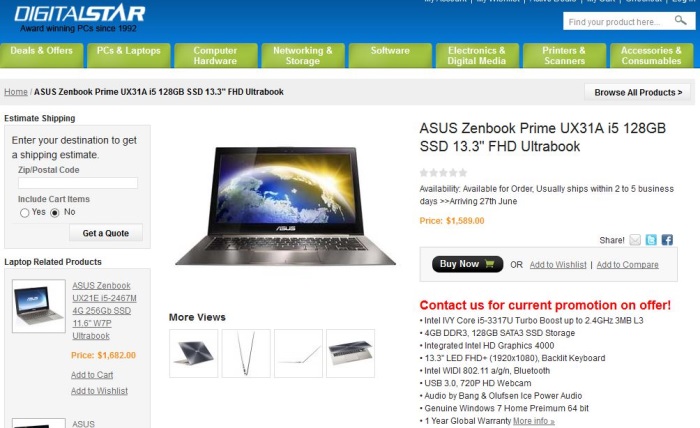 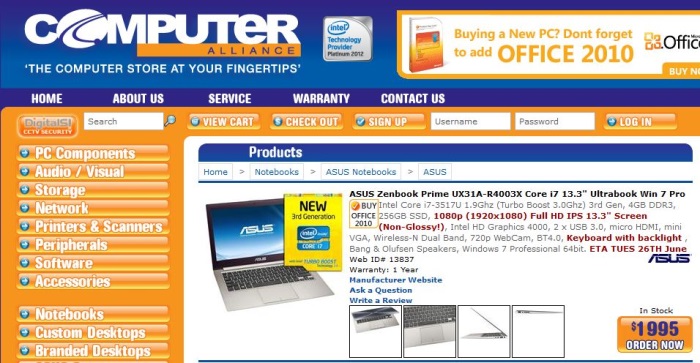 This week's availability of the new Zenbooks is contrary to a release by ASUS a few weeks ago, which claimed that the new models would be released in the coming months.