It feels like the iPhone 12 only just landed, but we're already looking ahead to the next one. While we're not sure of the name—we're calling it the iPhone 13 here but it might be the iPhone 12s—we've already heard a lot about what the next iPhone will bring. Stay tuned to this article as we'll be updating with the newest and most credible reports as we hear them. Just remember, we won't know for sure until Apple says so.

Our first look at the smaller notch?

We've been hearing rumors for a while that the iPhone 13 will be getting a smaller notch, and we may have our first look at it. Greece-based repair company iRepair has provided Macrumors with images that it claims to represent the new notch on the next iPhone. Most notably, the speaker has been moved to the top of the case and the notch is both thinner and narrower as a result. We'd prefer it if the notch was gone completely, but if this image is accurate, it's a big improvement. 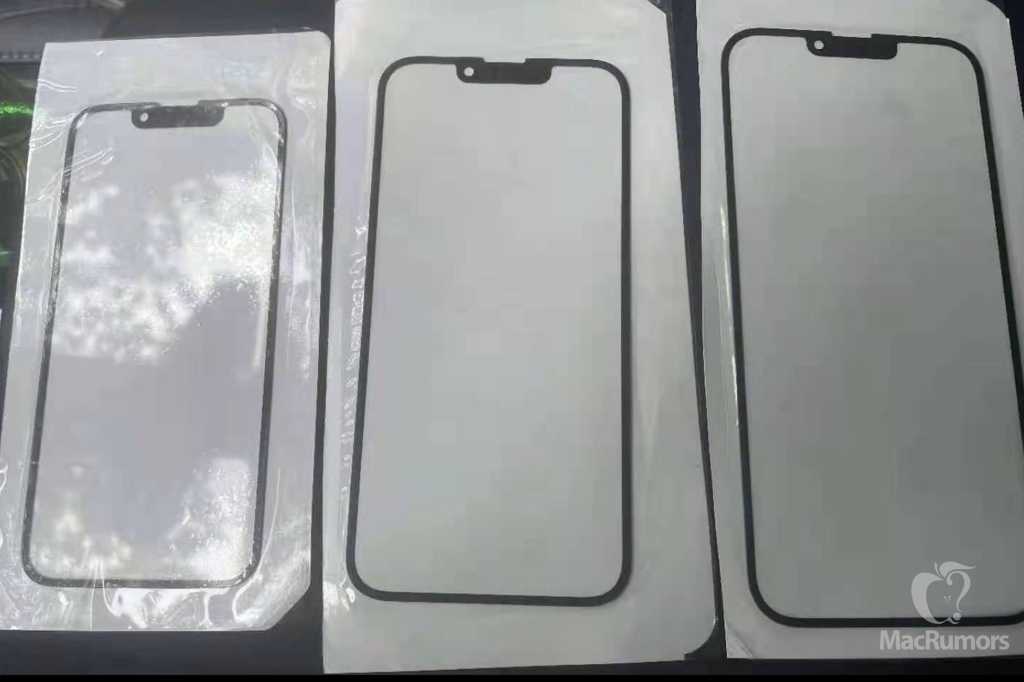 The iPhone 13's smaller notch is allegedly on display here.Macrumors

With about six months to go until the iPhone 13 arrives, the rumors are coming in fast. We have a new report from Minch-Chi Kuo (courtesy of Macrumors), who offers up some details about the upcoming phones. In addition to the 120Hz ProMotion display that has been previously rumored, Kuo disputes the report that Apple will be dropping the mini from the lineup and confirms that new phones will use Qualcomm's X60 modem, which is smaller and more power-efficient than the X55 modem in the iPhone 12. He also notes that the phones will have larger batteries, due to space-saving design choices such as integrating the SIM card slot with the logic board and reducing the thickness of some Face ID components, according to Macrumors. Those thinner Face ID components could also lead to a smaller notch.

If you've been frustrated by the iPhone's limit on storage, a new rumor will make you happy: As noted by Macrumors, Wedbush analyst Daniel Ives, who analyzes Apple's Asian supply chain, claims the iPhone 13 will include an option to upgrade to 1TB of storage, twice what Apple offers now. The option, which could cost upwards of $400, will likely be limited to the Pro models, which currently top out at 512GB.

Ives also notes that the iPhone 12's LiDar sensor, which improves AR apps with more accurate depth sensing and real-world detail, could be coming to the entire iPhone 13 lineup. As it stands, it's an upgrade feature on the iPhone 13 Pro, but bringing it to the standard models would help make AR more of a mainstream feature for developers.

Max Weinbach of the EverythingApplePro YouTube channel reports that the next iPhone could have an always-on lock screen. You will see the clock and battery life indicator, and notifications will appear. To conserve battery life, Apple could use an LPTO (low-temperature Polycrystalline oxide) OLED display like the one in the Apple Watch. Weinbach also says the new phones will bring ProMotion with a 120Hz refresh rate but only in the Pro models.

Weinbach also claims that the next iPhone will have a soft matte back, use a stronger magnet for attaching MagSafe accessories, include support for astrophotography and portrait video, and also have an improved camera sensor and lens.

Bloomberg's Mark Gurman in January reported that the iPhone that will be released in 2021 is considered an S level device by Apple engineers. In the past, Apple has used the S designation in models that do not have major feature changes from the phone they replace (the iPhone X and XS, for example).

Gurman's report also states that Apple is doing some early work on a foldable phone, which have been available for Android recently. Prototype foldable screens have been developed, but the company hasn't made efforts yet to incorporate them into a device. Gurman says that the foldable screen has a mostly invisible hinge with the electronics stationed behind the display. A phone with a foldable display won't be ready for this year.

Analyst Ming-Chi Kuo, who has a built a reputation for reliable reports, says in recent research that Apple is working on improving the Ultra Wide camera for the iPhone 13 Pro and Pro Max. According to Kuo, the upgrade is an f/1.8, six-element (6P) autofocus lens. That's an upgrade from the current f/2.4, five-element (5P) 13mm fixed-focus lens on all of the iPhone 12 phones.

Kuo even goes on to say that this Ultra Wide camera will carry over to the iPhone 14.

Most important development on the iPhone 13 models from my perspective will be ProMotion with variable refresh rates through LTPO adoption on the Pro models.

Analyst Ross Young tweeted earlier this year that he also thought the iPhone 13 will be available in the same sizes as the iPhone 12. Young also said that the iPhone 13's display will support ProMotion, Apple's technology that uses variable refresh rates up to 120Hz.