Siri sounds great. It's one of the more natural-sounding virtual assistants, and she's full of personality, too.

She? Is Siri a she? Not really! Siri actually has no gender (if you don't believe us, just ask it). Siri had a default female voice for many years, but you had the option to change it to a male voice instead. You can even give Siri six different accents: American, Australian, British, Indian, Irish, or South American. (If you're using Siri in non-English language, your choices will probably differ).

In iOS 14.5, Apple is changing the Siri voice options to promote diversity. There are now two additional American English voices, and they're just labeled Voice 1-4 instead of Male and Female. In addition, Siri will no longer default to a Female choice, but will instead prompt you to pick one of the Siri voice options during setup.

Updated 03/31/21: Apple is adding new Siri voices and a change to the default behavior in iOS 14.5. This article has been updated to reflect that.

Here's how to make Siri sound the way you want.

3. Choose the accent and voice you wish. 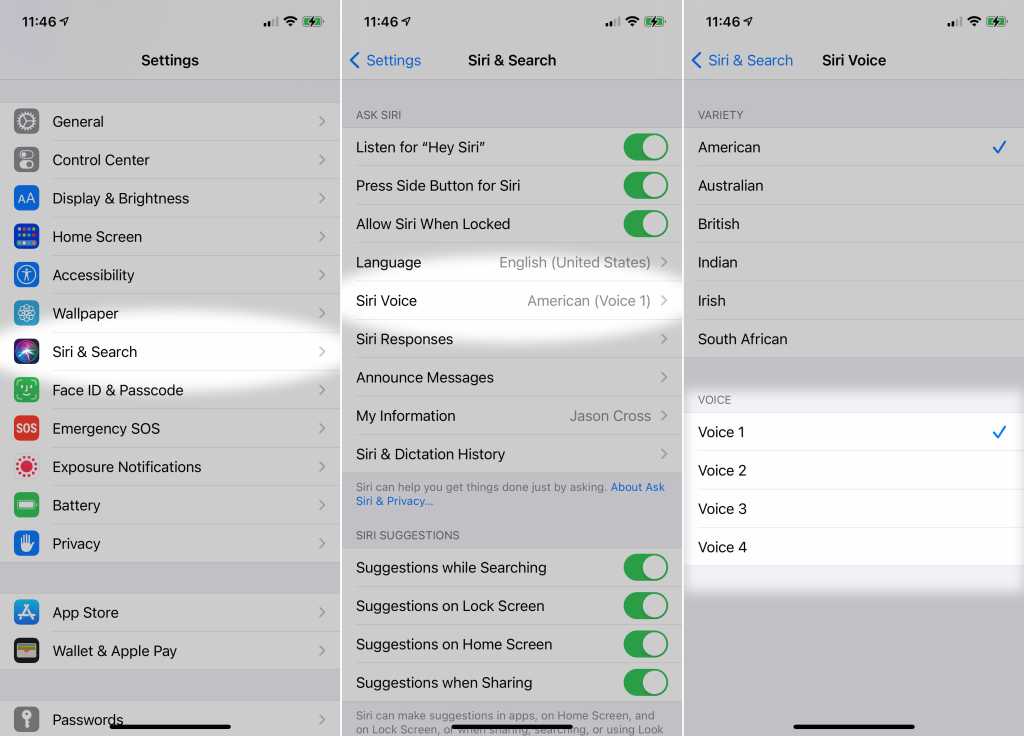 You can change the way Siri sounds at any time.

You can also go to the Siri menu by asking Siri to change its voice. Siri will tell you it can't do that, but will provide a button to hop right to the appropriate Settings menu.

Note that the Siri menu also contains a Language selection, which allows Siri to speak and listen in a different language. If you change your language, you'll have to re-train Hey Siri in order for it to work. It can be useful for those with a strong accent to check out this menu. If you've got an Irish brogue, you will want to make sure Siri's language is set to English (Ireland), for example. That's different from selecting the Irish variety in the Siri Voice menu.

Now that the Mac has Siri, you can of course change its voice there, too.

You can change Siri's voice on your Mac, too.