Apple's 45th anniversary was on April 1 but the company isn't much into celebrating such occasions. They didn't do anything major publicly, though there was a tweet from CEO Tim Cook (who also sent a message to Apple employees).

As Apple celebrates 45 years today, I'm reminded of Steve's words from many years ago: It's been an amazing journey so far, yet we have barely begun. Thanks to every member of our Apple family for all you've done to enrich lives. Here's to the next 45 years & beyond!

Here at Macworld, we took the opportunity to look back at Apple's product history and pick our best and worst products from the company. And of course, our dear readers had their own thoughts on these lists, agreeing with some of our choices, but also eager to point out where we went wrong. So here is a compilation of some of the responses we received on Twitter and Facebook.

Sock it to us

We, um, really weren't expecting all the love readers have for the iPod Socks. The list did post on April Fool's day, so maybe the joke was on us? I still remember the day Steve Jobs introduced the iPod Socks at an event in 2004, when, sandwiched between media members, we looked at each other, befuddled.

The socks were amazing â€“ I loved my iPod socks ðŸ¥° 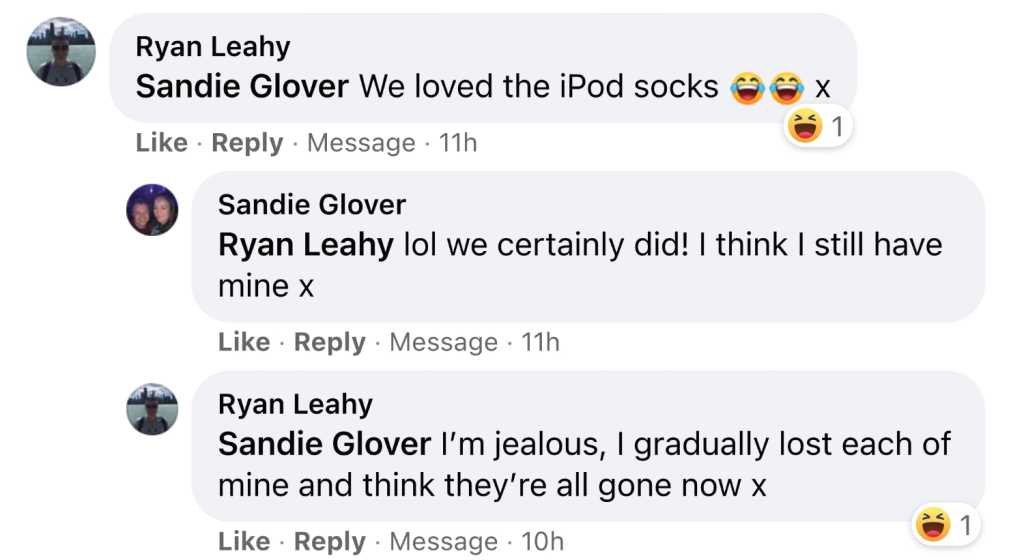 High praise for the Hi-Fi

We included the iPod Hi-Fi on our worst list, and many of you were ready to come to its defense. Yes, the iPod Hi-Fi produced good sound (which I didn't actually say in the list writeup), but I did point out that it didn't sound as good as some of its competitors. (And @delabaviere, I do have the iPad Hi-Fi. The picture in the article is of my very own.)

Ipod HiFi was amazing. HOW DARE YOU

Sorry but iPod Hi-Fi was and is still is a brilliant device.

The author apparently never had the iPod Hi-Fi. I still have it, best sound!

Longtime Apple users are in almost unanimous agreement that the Apple USB Mouseâ€”a.k.a the hockey puck mouseâ€”is a bad product. I said almost.

I'm one of the few who didn't mind the round puck mouse.

I love the puck mouse but it's cancer to use. Siri Remote I actually like though, besides how easy it is to lose.

Some thought the Magic Mouse deserved to be on the list. 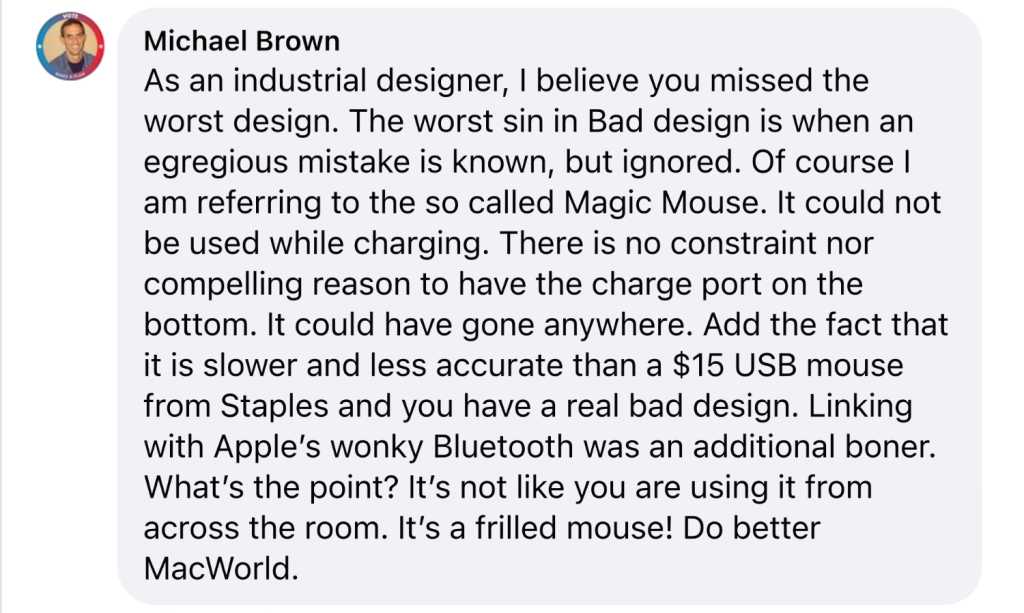 Oh yeah, that was good

Our list of Apple's best products didn't garner as many responses are our worst list. Which, knowing how human nature works, was probably to be expected. But those of you who did respond had some great comments.

The Sunflower iMac G4 was truly an incredible product. The design was not the most long lasting in Apple's lineup, but it was most certainly one of the best. The screen was incredibly thin compared to the competition too.

I don't see an iPad. Apart from the iPhone and iPod, it is the most amazing piece of technology ever created. Imagine a portable computer you can carry with you in your brief case or purse anywhere in the world that's lightweight and efficient and works like a laptop? Amazing.

Hey Macworld, who asked you anyway?

Happy anniversary!! This is what we hate about you!!
Imagine if that's how anniversaries actually went for humans lol

What a positive and uplifting approach to Apple's 45th birthday.

Okay, so maybe there are better ways to celebrate Apple's 45th anniversary. Point taken. We've got some time to work on something really good for the 50th anniversary. In the meantime, these words from @alextsayun are ones we'll keep in mind.

Without Apple you would not exist Ã°ÂŸÂ™Â‚