Apple's $5-a-month game subscription service is about a year and a half old, and it may have finally figured out what it needs to be. The recent release of over 30 games represents way more than just a big dump of new content. It's a massive shift in policy.

The new rules for Apple Arcade are exactly what's needed make the service a must-have subscription for millions of iPhone and iPad owners. Now, Apple just needs to keep its foot on the gas.

When it was first announced in March of 2019, we praised the high ambition level—it appeared that Apple Arcade would be full of original, real games instead of simple match-three puzzles and time-wasters. If Apple could maintain the pace, we argued, it might elevate the perception of mobile gaming in general.

A year later, after the service had been live for six months, we noticed a bit of a shift in priorities. Apple seemed to recognize that games that do well on mobile don't usually resemble the big, time-intensive triple-A titles you find on consoles. 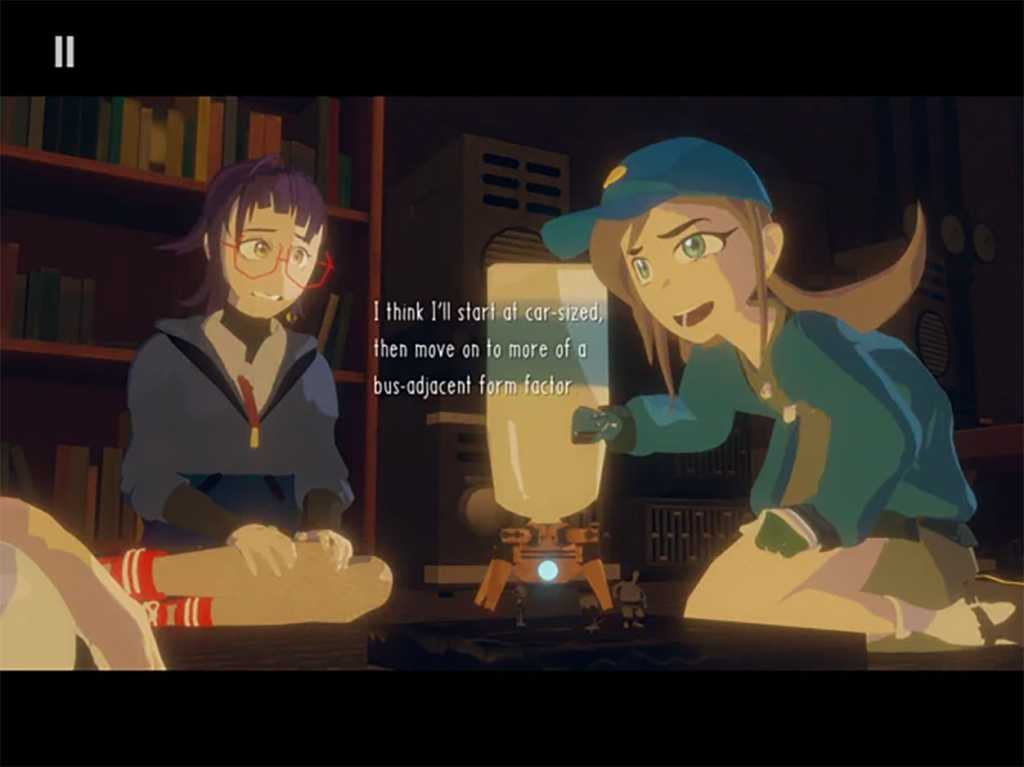 Arthouse story games like Necrobarista are great, but there's not a lot of demand for that sort of thing on mobile.

Apple's recognition that these elevated game experiences aren't for everyone was a good thing. We still got some big mobile epics like Beyond a Steel Sky and arthouse story-driven titles like Necrobarista, but also some quick time-killers like Crossy Road Castle and Roundguard. It was a smart move. Flooding Apple Arcade with big-budget blockbusters and high-concept art games is a turnoff for a lot of iPhone users. Many people just want a simple match-3 game or word puzzle, and there's nothing wrong with that. Even so-called core gamers often prefer brief, simple, pick-up-and-play games on their phones.

But launching new titles exclusively to a subscription service people don't care much about is a death knell for new games. And Apple's insistence on an only-on-Apple-Arcade policy all but guaranteed that games, no matter how good, struggled to find an audience.

Out with the old rules

Apple Arcade has a set of rules and expectations associated with it, and some of them make total sense. For instance, Arcade games can't have ads or any in-app microtransactions of any kind. That's a great and consumer-friendly approach for a subscription game service. But not all the rules were as player-forward. 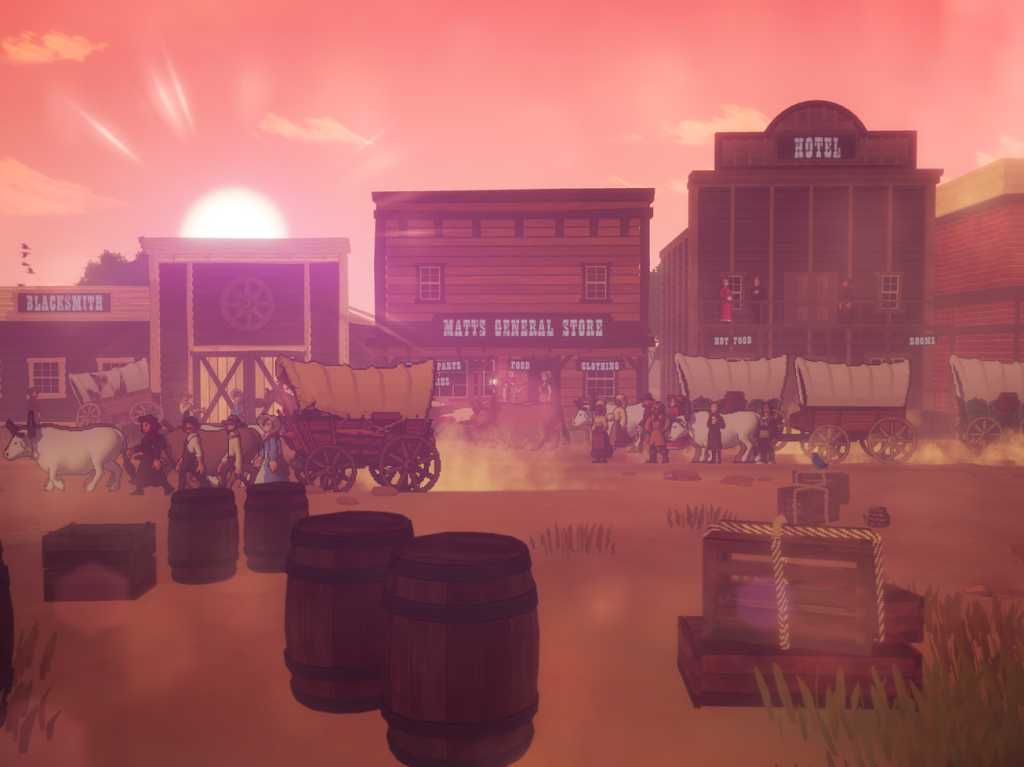 The Oregon Trail is reimagined for Apple Arcade, and it's the best version yet.

If you're a developer, that's bad news. You have to give up on the Android market entirely, and if you want your game on platforms like PC, Xbox, or Playstation you can't make your game available on subscription services like Xbox Game Pass.

That policy has little value as a player, too. The idea of subscribing to a service that contains only content you can't get anywhere else does not have the cachet Apple seems to think it does. It's great to have a bunch of exclusives but avoiding great mobile games available in the App Store or on Android devices gives the service less value not more. (Apple TV+ has a similar problem, but that's for another column.)

In with the new

Apple just dropped over 30 new games on Apple Arcade, its biggest-ever expansion of content since its September 2019 launch. But the big news isn't the flood of new games, it's the apparent change in policy. These new games include exclusives and, for the first time ever, a bunch of great titles you can already find in the App Store and on Android.

Take Threes!, for example. The original number-doubling slider game was shamelessly copied by 2048, which became far more popular by being free. Threes! is a far better game, but it costs $5.99 on the App Store. It's also available on Google Play for Android devices. It's exactly the kind of game that adds tremendous value to Apple Arcade but wasn't allowed under the old rules. Technically, the Apple Arcade version is a separate app named Threes!+ (with a slightly changed icon), because the exact same app can't exist in two places in the App Store at two different prices. But for all intents and purposes, it's the same app.

The new Apple Arcade releases are full of this stuff. Chameleon Run, another great game on iOS and Android, is in as Chameleon Run+. Monument Valley, Mini Metro, Fruit Ninja Classic, Good Sudoku…all excellent games that already exist in the App Store, many also on Google Play for Android devices, and now in Apple Arcade with only + in the title.

Another apparent change in policy is the need for games to be available on all Apple platforms. Prior to last week's big update, Apple Arcade games had to be available on iPhone, iPad, Mac, and Apple TV. Many of these new + titles are only for iPhone and iPad. It's a smart move on Apple's part. Cross-device playability is a wonderful benefit, but you shouldn't keep a great game out of the hands of subscribers just because the developer never envisioned it being played on platforms that don't have touch screens.

Can Apple keep up the pace?

The release of a bunch of App Store (and Android!) classics in Apple Arcade is great, and it's bolstered by some truly excellent new exclusive content. Simon's Cat – Story Time is basically a good knock-off of the outrageously popular Gardenscapes without an energy mechanic or in-app purchases. Gameloft's new The Oregon Trail remake is the best reimagining of the classic 1970s game I've ever seen. Fantasian is exactly the sort of sweeping epic JRPG you'd expect from Final Fantasy power-duo Hironobu Sakaguchi and Nobuo Uematsu. 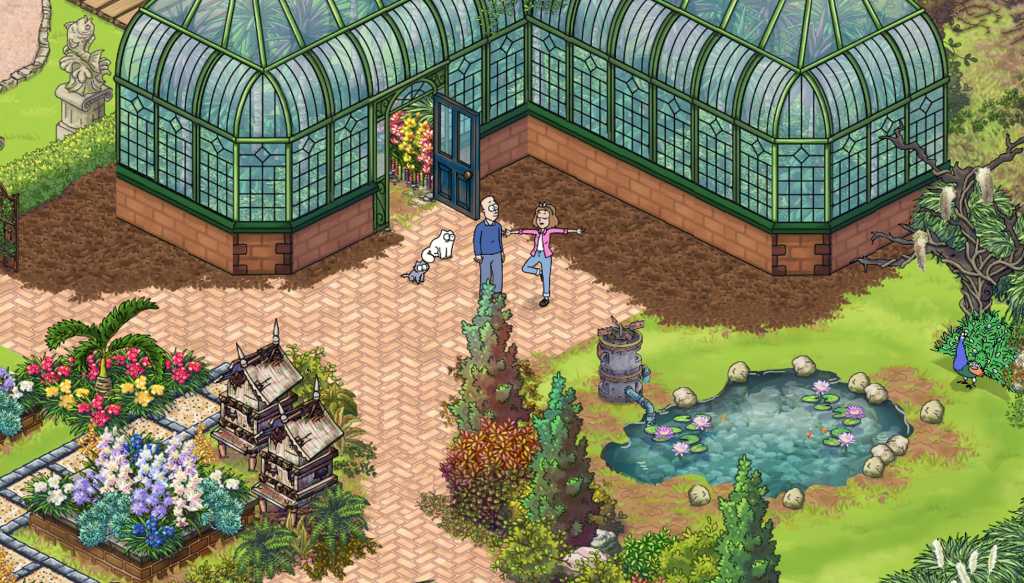 Simon's Cat — Story Time is basically Gardenscapes without all the annoying money-grabbing bits.

These exclusives—spanning big serious games to simple puzzlers—are great on their own, but it's the ability for Apple Arcade to include games from the App Store and Google Play that really adds value to the service.

There are so many great games that could be—should be—added to Apple Arcade under the new more lax rules. The Bloons TD series, Stardew Valley, Terraria, Tiny Wings, FTL, Dead Cells, Crypt of the Necrodancer…I could name premium games that would make great additions to Apple Arcade all day.

The only question is whether Apple's big content drop last week is a one-off occurrence or indicative of a renewed pace. If we can expect Apple to add about ten games a month, split between both new exclusive and existing App Store games, and if it can convince large mobile publishers to launch some new titles on Apple Arcade at the same time as the regular App Store and Android, it could grow into one of Apple's best and most popular services.

The new Apple Arcade policy is a great decision. Now Apple just needs to keep at it.