There are only three companies participating in the program at launch—Belkin, Chipolo, and VanMoof—but it's easy to see the potential for rapid expansion. We haven't gotten our hands on a Find My device to test yet, but it appears to integrate as easily as an iPhone or pair of AirPods in the Find My app. Connect the device and you'll be able to follow its blue dot in the app, ping it if it's lost nearby, and track it even if it loses its internet connection.

Apple also announced a draft ultra specification for chipset manufacturers that will let devices tap into the ultra wideband chip inside the iPhone 11 and iPhone 12 for super-precise, directionally aware tracking. It's the first practical use for the U1 chip—Apple currently uses it to slightly augment AirDrop—and will give the upcoming Galaxy SmartTag+ and rumored UWB Tile dongle. Apple isn't requiring devices to support the U1 chip, but the ones that do will have an advantage. 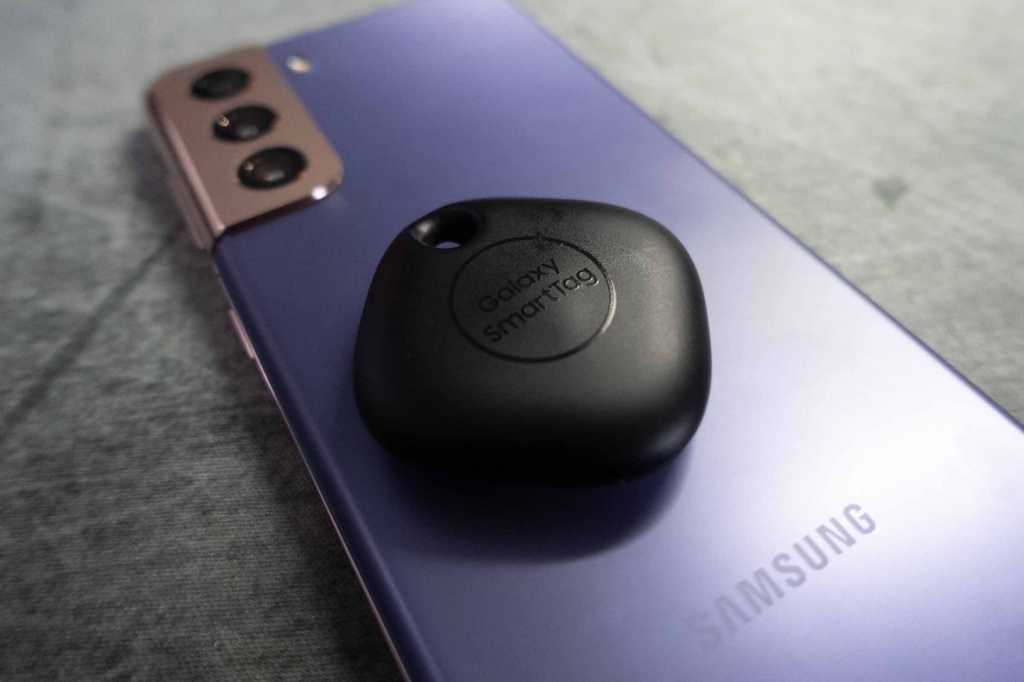 Samsung will sell a UWB version of its Galaxy SmartTags later this month.

While the number of Find My-enabled partners is small at launch, the devices available are quite varied. VanMoof is selling two e-bikes (the S3 and X3) costing $2,000 each, Belkin has a pair of true wireless earbuds, and Chipolo has a circular keyring tracker that's not unlike the AirTag rumors. Apple has already teased more partners are on the way, and developers of all sizes have to be intrigued.

I still expect Apple's trackers to arrive at some point this year, but after this week's announcement, I don't know how necessary they'll be. AirTags were always going to be something of a tough sell, and now that third-party devices can tap into Find My without a dongle, it's even harder. The arrival of Find My for third-party devices doesn't just blunt the impact of AirTags, it makes them largely irrelevant before they even arrive.

Old devices won't be able to be updated to add Find My support, but it also doesn't appear as though Find My carries any sort of expense for manufacturers. For example, the same VanMoof bikes that now have Find My support cost the same as before, and while the upcoming $99 Belkin Freedom True Wireless Earbuds do carry a premium over the $60 Soundform buds, they also bring better battery life, noise cancellation, aptX audio, wireless charging, and automatic ear detection in addition to Find My tracking. 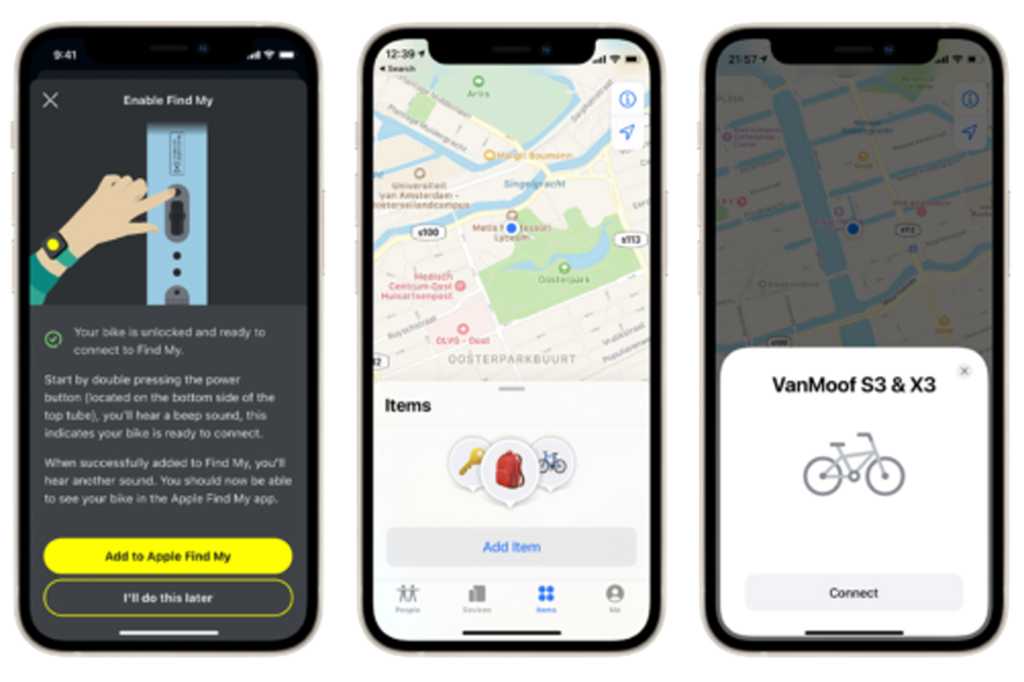 These are the types of devices that would have been tailor-made for AirTags, but with Find My built into them, that makes a standalone Bluetooth tracker irrelevant. And while these devices are at the higher end of the spectrum, it's easy to see dozens, if not hundreds of Find My devices available by year's end. And if we can just buy a Find My device, why would we buy a tracker, even if it is made by Apple?

Of course, there are always keys and backpacks, and luggage that can be lost, and the Chipolo One Spot tracker, which doesn't have pricing or availability yet, is banking on Find My integration to sell a special-edition black tracker. Even without Apple's trademark design, it's hard not to see the One Spot as a direct competitor to AirTags, whenever they launch. And it would be a curious move for Apple to sell a competing tracker before one of its launch partners. Assuming they cost roughly the same, anyone interested in the Chipolo tracker would undoubtedly choose an AirTag instead, especially if they cost the same, as has been rumored.

We knew Apple's Find My network and item support was coming in iOS 14, but the clues seemed to suggest that it was for AirTags rather than third-party support. It makes much more sense to build Find My into devices rather than force people to attack a clunky dongle to everything, and the more devices that sign up for the program, the less necessary Bluetooth trackers become.

What's more, if one Bluetooth tracker is already launching, there will certainly be more to follow. Some will be cheaper, some will bring an elegant design, and all of them will put pressure on AirTags to succeed. As best I can tell, AirTags won't be able to do anything that the Chipolo One Spot can't other than possible UWB tracking. (It's not clear whether the One Spot will bring ultra wideband support since the draft spec hasn't been released yet, but AirTags almost certainly will.) 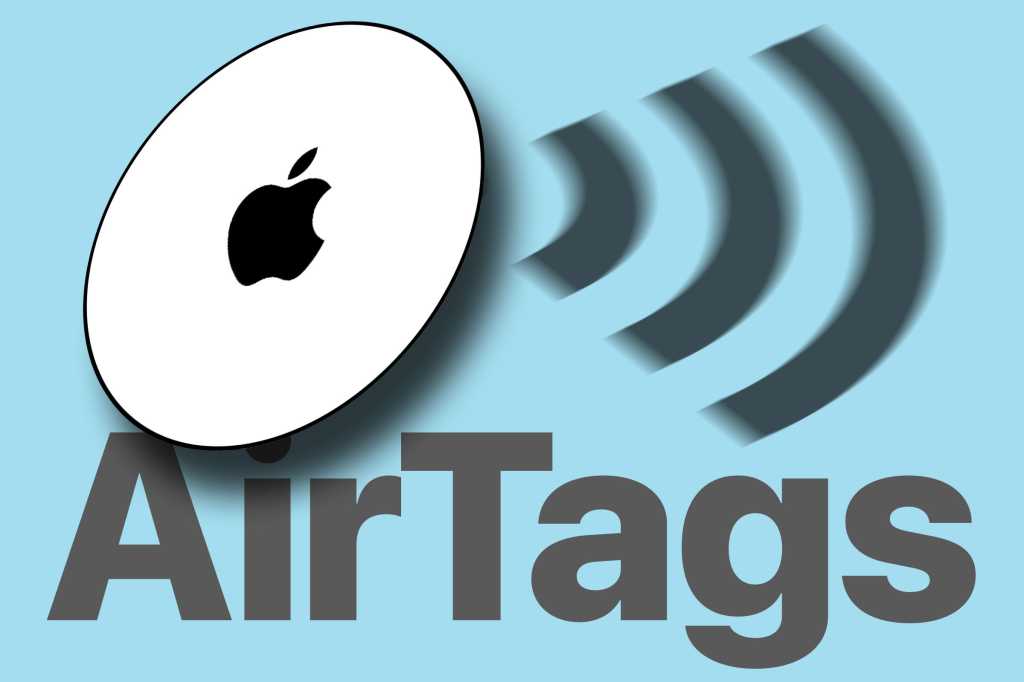 On the one hand, you have high-end devices that don't need dongles and on the other, you have a dongle that looks and acts very much like the rumored AirTags. And more devices are sure to follow. Apple's trackers will likely be prettier, but otherwise, what's really the point? The main advantage of AirTags over Tile and other trackers is the integration with Find My and tapping into the larger iPhone-based network, so if other devices can already do that, why bother dropping a bunch of money on an AirTag?