While we're waiting for Apple's spring event to kick off at 10 am PT Tuesday, how about a juicy iPhone 13 rumor to pass the time? We've been hearing reports for a while about a possible reduction in the size of the notch, and now we have our first possible real-world images of what it might look like. 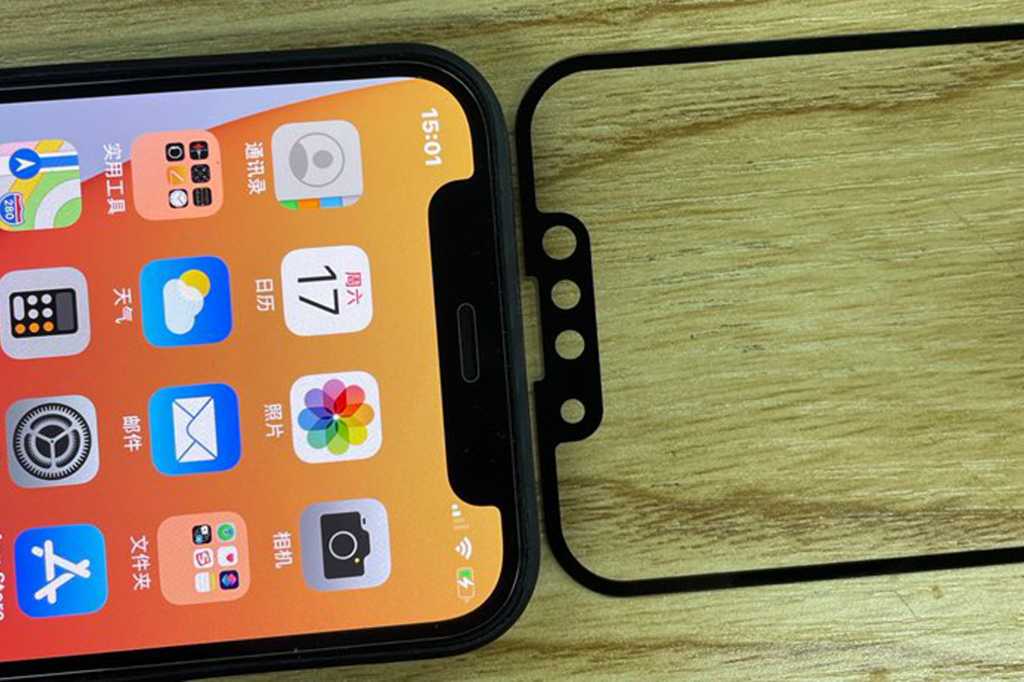 The iPhone 13's notch (right) might be a whole lot smaller and thinner than the iPhone 12's.

We've already seen renders and mockups of the new notch based on rumors, but Twitter user DuanRui posted a series of photos from a Chinese social media platform that shows an alleged iPhone 13 front display glass that shows the notch and the cutouts for the TrueDepth camera system. It also seems to confirm the rumors that the receiver will be moved to the top of the phone, with a smaller cutout at the top of the notch. The receiver is currently centered in the middle of the notch on the iPhone 12.

Compared to the current notch, which hasn't changed since the iPhone X launched in 2017, t's quite a bit shorter and thinner than the current model, which will allow more room for status bar icons. That might allow for a couple of important things that got cut when the notch arrived, mainly AM/PM and battery percentage. It'll also give images and videos a little more space to breathe.

The iPhone 13 is expected to release this fall along with iOS 15.