Apple released a new iPad Pro in 2020—a year and a half after the prior update—but it wasn't much of a change. A new camera module that included LiDAR and the Ultra Wide camera was nice, but the iPad isn't really the thing people reach for when they want to take great photos. The processor was updated to the A12Z, which was just the same as the A12X but with a single GPU core, disabled on the A12X, reenabled. It had more storage, but that's just a function of the inevitable march of time.

So, the iPad Pro is overdue for a more significant update, and with the new 5th-generation iPad Pro, we finally have it. Here are the highlights that make this year's iPad Pro special.

The M1 processor makes it fast as all get-out

We were impressed by the M1 in the new Apple-Silicon Macs, and now it's in the iPad Pro. The M1 is basically what we would have expected from an A14X—it's like an A14 with double the high performance cores (4 instead of 2), double the GPU cores (8 instead of 4), and double the memory bus width (128-bit instead of 64-bit).

Both the 11-inch and 12.9-inch iPad Pros have LED displays with a resolution of 264 pixels per inch, True Tone, and 120Hz ProMotion support. But the 12.9-inch model also has a new mini-LED backlight that gives it better contrast.

Apple calls this Liquid Retina XDR, and it works a lot like the Pro Display XDR. You get 1000 nits of brightness and 1600 nits of peak brightness, a 1,000,000:1 contrast ratio, and support for multiple different HDR formats. 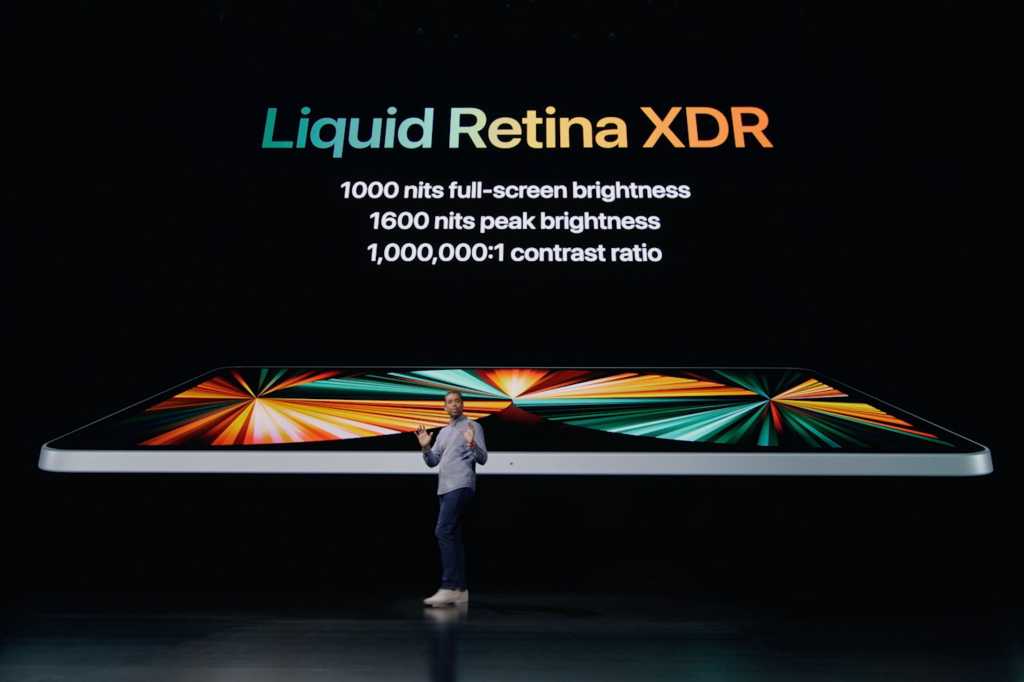 It's like a Pro Display XDR in your hands!

With the big 2018 redesign, Apple swapped out the Lightning port on the iPad Pro for a USB type C connector. This gave it the ability to more easily connect to external storage, cameras, and other accessories.

The 2021 models support Thunderbolt 3 and USB4, which means they support all the existing USB-C stuff as well as Thunderbolt accessories like higher-speed external storage devices and high-res monitors. It can even hook up to the Pro Display XDR at full resolution.

Perhaps the most important improvement the front camera orientation. It is finally located along the long edge of the iPad, making it far more useful when holding the iPad in landscape orientation (or docked on a Magic Keyboard). A new FaceTime feature called Center Stage automatically pans and zooms to keep you in frame as you move around the area.

Center Stage automatically pans and zooms to keep you in frame.

Better image processing from the M1 processor should result in noticeably better photos and videos despite having the same rear camera hardware.

Orders begin on April 30, 2021, but Apple has only given a vague second half of May date for availability.