With iOS 14.5, Apple is finally making good on a promise made at WWDC last summer to give iPhone and iPad users more control over the ways their data is tracked and collected by app developers. The feature, called App Tracking Transparency, was supposed to ship with iOS 14 last fall, but Apple delayed the release to give developers more time to update their apps as required. Now that it's available, let's take a look at what it is, what it does, and why you want to opt-in.

What is App Tracking Transparency?

App Tracking Transparency (ATT for short) is a new feature of iOS, iPadOS, and tvOS 14.5 that requires applications to ask permission if they want to track your activity across other companies' apps and websites. Your Apple devices have a unique number called an advertising identifier that can be used to uniquely identify your device for the purposes of ad targeting and tracking. By associating this identifier with other information, app developers have been able to build incredibly detailed records of how you use your iPhone or iPad, including in other apps and across the web.

After installing iOS 14.5, all apps are required by Apple to use the new AppTrackingTransparency framework to ask for your permission to track you. This only applies to tracking your activity outside of the company's own apps! For example, Facebook can track your activity in Facebook, Facebook Messenger, Instagram, and WhatsApp without asking, but if it wants to know how you interact with other companies' apps, or to track you across websites you visit, it must ask for your permission.

It's safe to say that most iPhone and iPad users are unaware of the extent to which their activity is being tracked, or that apps regularly track what they do in other apps or across websites. Apple has a video that explains what it's all about:

How do you use ATT?

You don't actually have to do anything to start using ATT other than wait. Any app that wants to track you across other companies' apps or the web will have to ask you via a pop-up notification. It looks a lot like the notification you see when an app wants to use your location, camera, microphone, or other features that could potentially violate your privacy. You can select Ask App not to track or Allow. 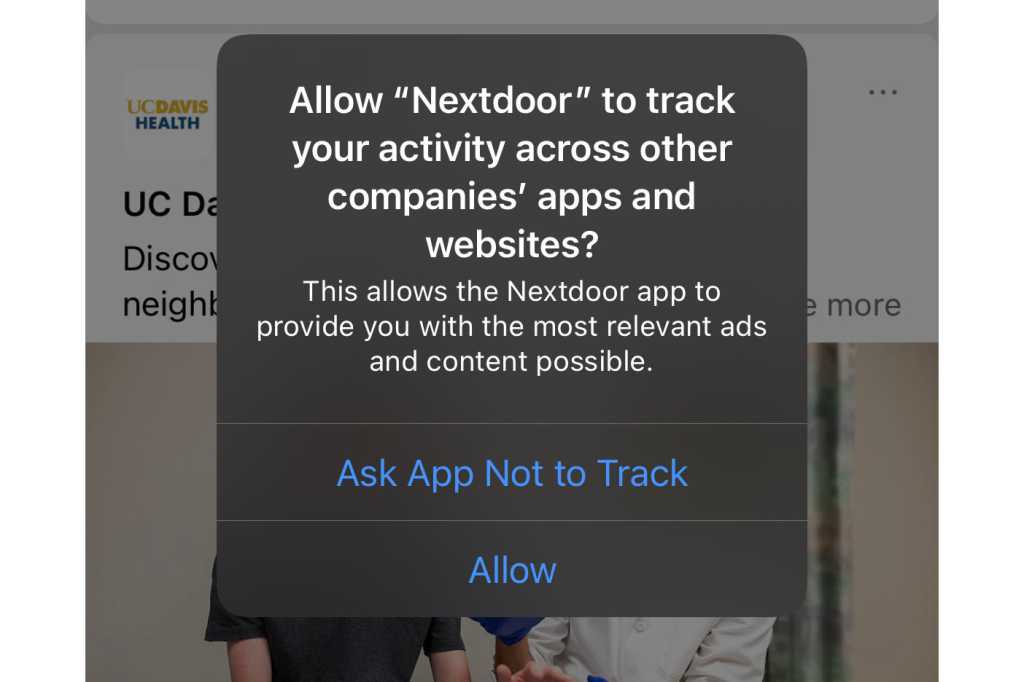 When an app wants to track you across other apps or the web, it has to ask permission.

Apps are allowed to serve up a simple screen explaining why they want you to allow tracking, but it's not necessarily checked by Apple for accuracy or truthfulness, and once you've given over your data to an app developer, they can change their mind about how they use it.

Can I turn off tracking for every app?

If you don't want to be asked about tracking every time you download a new app, you can turn it off in the Tracking settings as well. At the top of the screen, you'll see an Allow Apps to Request to Track switch that'll be green if you've opted in to the feature and gray if you haven't. Once disabled, apps will no longer even prompt youâ€”it will be as if you automatically chose Ask App Not to Track or on every app. iOS will even ask if you want previously allowed apps to stop tracking you, so you can shut it all down in one fell swoop. Note that you can return to this screen at any time to change your mind, either globally or for individual apps.

What if you change your mind?

If you later decide you want to change the app tracking setting for one of your apps, you can head into Settings to change it. App Tracking Transparency settings can be changed on an app-by-app basis or globally. Follow these steps: 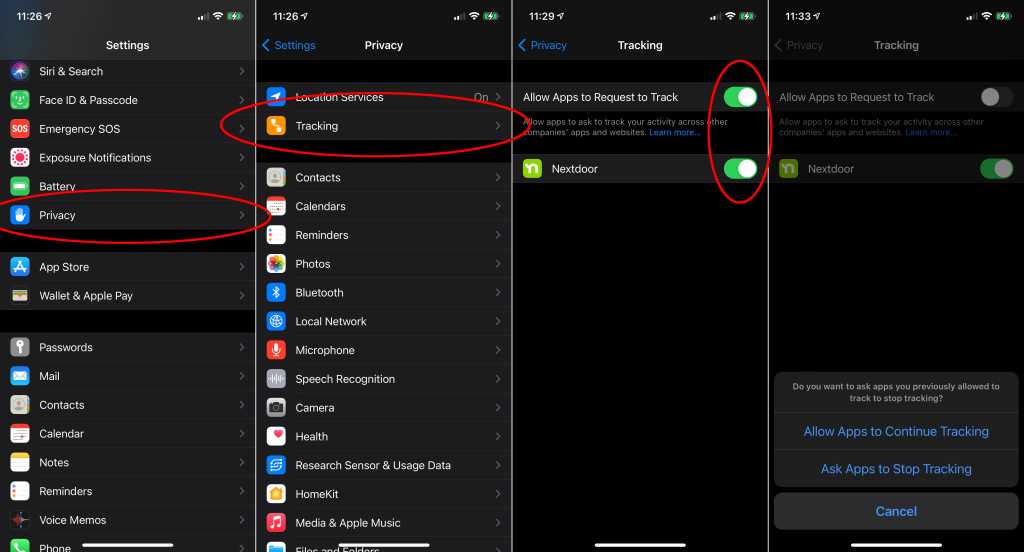