Macs, iPhones, iPads, and other Apple hardware roam best across Wi-Fi networks that are made up of multiple wireless routers when the routers all share the same network name, known obscurely as a Service Set Identifier (SSID). This name allows your devices to recognize the collective set of routers as all equally available to switch among to preserve a connection when the signal for one network becomes weak. 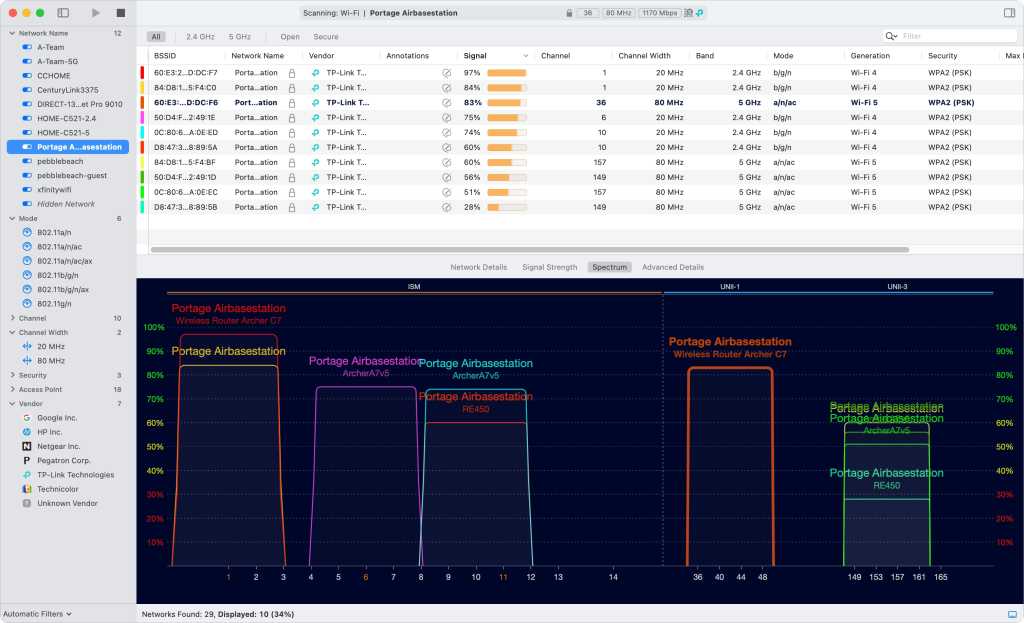 I have several access points, but they're all unified under a single name.

Along with setting the network name exactly the same, you also need to choose the same encryption method and identical password on all networks. This can get a little fuzzy. Wi-Fi Protected Access (WPA) is the baseline, but the WPA2 version covers devices dating back nearly 15 years, and should be your baseline. Newer hardware can also support WPA3, a more modern flavor available only in a limited number of mobile and desktop devices so far.

You might find WPA2 listed as WPA2 Personal or WPA-PSK with an option to select AES or AES-CCMP separately as an encryption type—or even WPA2/WPA3. All of those are fine. I would avoid plain WPA or WPA/WPA2 Personal where possible in the interests of improving security; pick WPA2 Personal (or PSK plus AES) or WPA2/WPA3 Personal. (Don't use WPA3 Personal as the only method either—not enough devices yet support it.)

The popular TP-Link routers confusingly show WPA/WPA2-Personal along with choices that include WPA2-PSK for Version and AES for Encryption—select all three of those as shown in the figure! 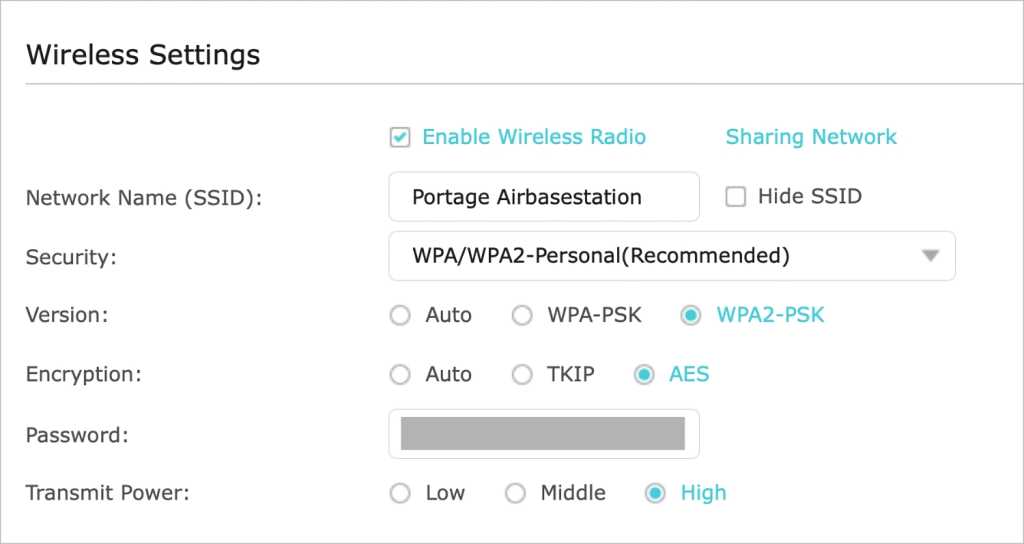 No matter the method of Wi-Fi security, the process of picking a password is the same. For the greatest security, a set of three words that are easy to remember and enter provide excellent resistance to attacks and won't frustrate you in tapping or typing them in. (And remember that you can share Wi-Fi passwords in a variety of ways among your devices and between people in your contacts list, as well as with QR Codes.)

Most modern Wi-Fi gateways include two separate radio systems, one for each of the two major frequency bands available for Wi-Fi, 2.4 GHz and 5 GHz. (Some even have three—one in 2.4 GHz and two in 5 GHz—and 6 GHz Wi-Fi networks are coming soon in the United States.) During setup, the software wizard will often suggest that you name one network Your Home Network and the other Your Home Network-5 GHz, or automatically name them for you. Not only is this ugly and inconsistent, it breaks roaming. 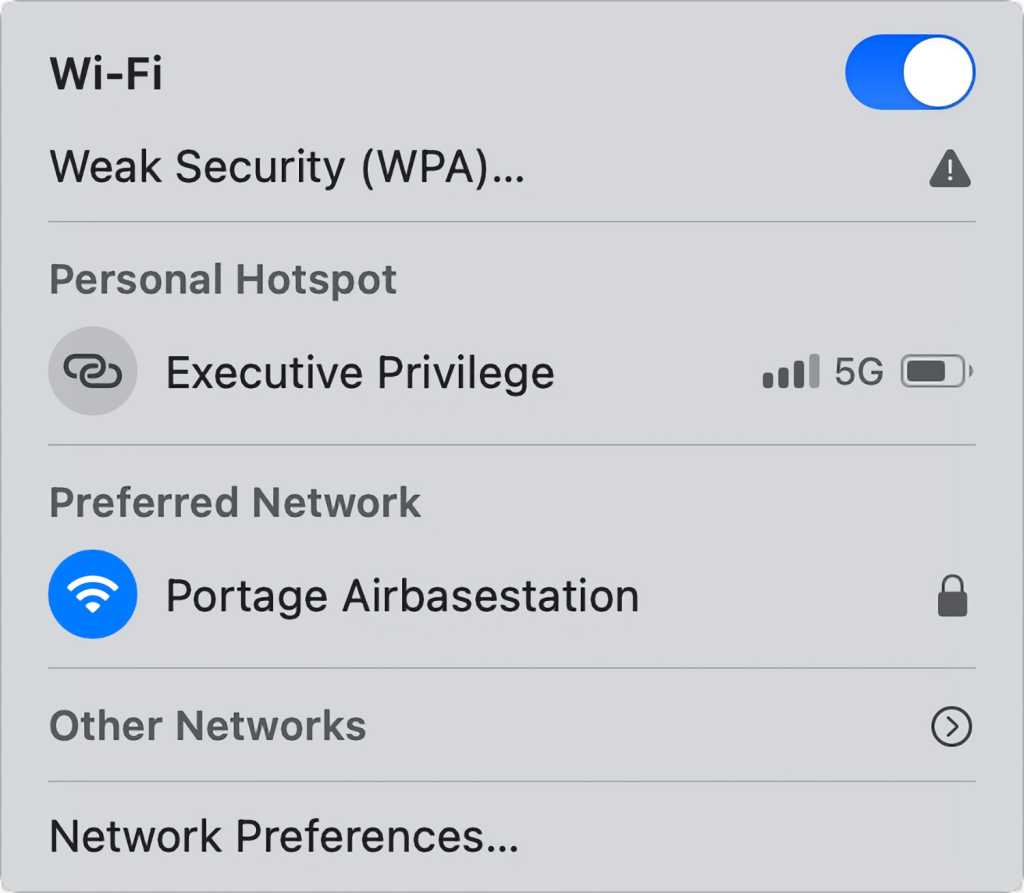 I have several access points, but they're all unified under a single name.

The only reason to separate out 2.4 GHz and 5 GHz networks with separate names, is to effectively provide two separate roaming networks your devices can use. That's useful only if you have a lot of older equipment that bogs down the 5 GHz network. Gateways can use multiple techniques to deliver several times the throughput on a 5 GHz network than on a 2.4 GHz one, making it ideal for carrying multiple video streams or high-volume data, like network backups. If you name your 2.4 GHz and 5 GHz networks different in each Wi-Fi gateway, you can connect your slower or older devices to the 2.4 GHz network by its unique name and your more demanding ones to the 5 GHz one by its moniker. But, please, put your unique spin on the names Slow Network and Fast Network to make it clear to yourself which is which.

Apple offers no options to control roaming on its devices. It unifies all identically named and protected networks into a single item you can select anywhere a list of Wi-Fi networks appears. Once selected, a device's operating system navigates when it thinks the signal is weak enough that it needs to hop over to another network. This should be seamless among same-named network devices; switching to another network can introduce a short delay, which can interrupt persistent or continuous network connections, like a volume mounted in the Finder or a video stream.

This Mac 911 article is in response to a question submitted by Macworld reader Richard.