It's barely been six months since the first M1 macs went on sale, and Adobe already has all native Apple Silicon support for all of the core apps in the Creative Cloud suite. The company on Tuesday announced the availability of native versions of Illustrator, InDesign, and Lightroom Classic. Premiere's Apple Silicon version is still in public beta and will be available soon.

Adobe also commissioned third-party performance benchmarks from The Pfeiffer Report. The benchmarks covered all seven of the core M1-native Creative Cloud apps and took 774 individual measurements on a range of workflows and activities. The two systems compared were configured as follows:

While the performance varied based on application and workflow, the overall performance improvement across all apps and tests is a whopping 83 percent. The app with the lowest performance advantage over the Intel-based MacBook Pro is InDesign, which averaged only 59 percent faster. The biggest performance boost is in Lightroom Classic, which at a 116-percent boost is more than twice as fast on the M1 MacBook Pro.

This chart from the report summarizes the performance boost in Creative Cloud apps, and highlights a couple of tests in each app that were remarkably faster on the M1 MacBook Pro. 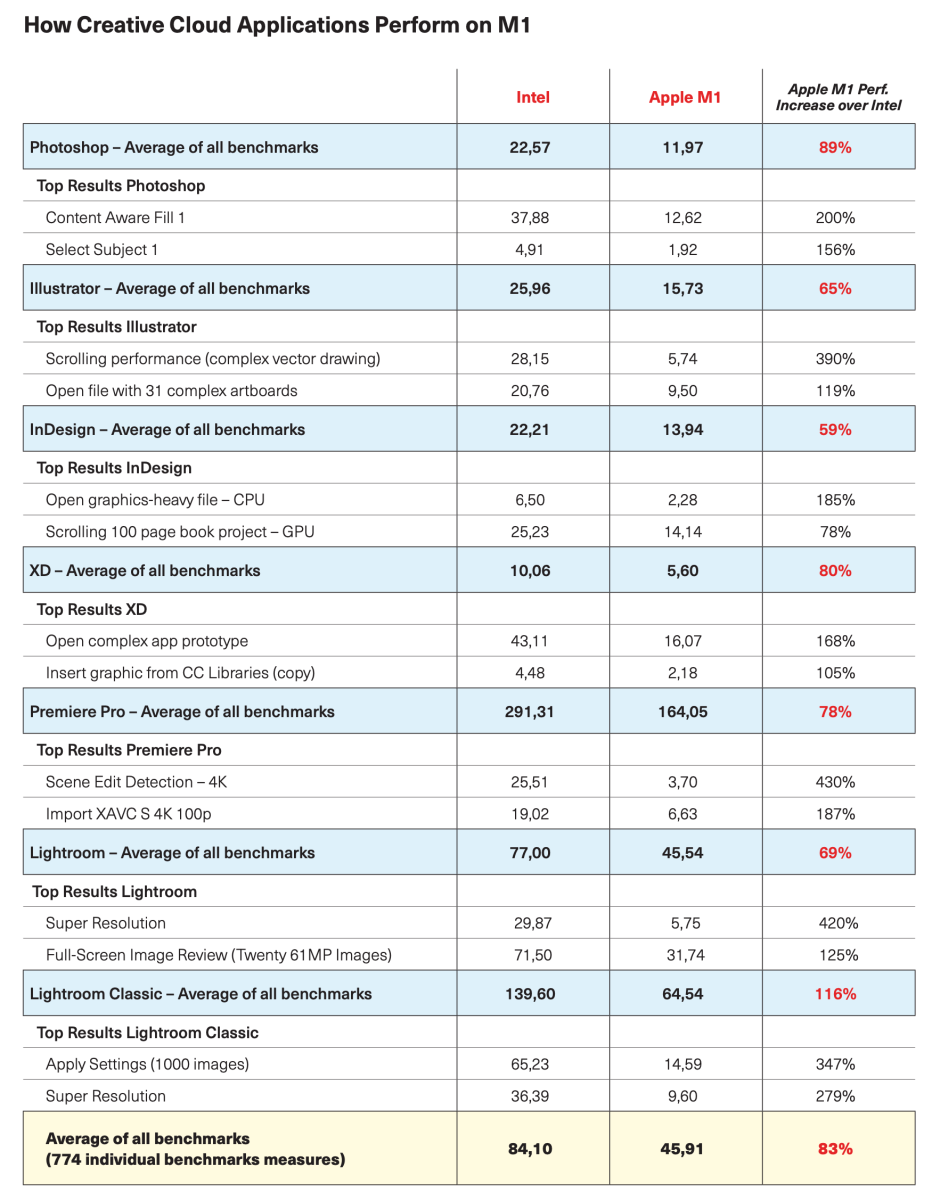 Apple's transition to its own SoCs is definitely paying dividends for creative professionals, and we're not even halfway through the two-year transition process.