With Black Friday week upon us, it's a great time to pick up a new Mac. And this year has been a very good year for the Mac, with the M1-based MacBook Air, 13-inch MacBook Pro, Mac mini, and 24-inch iMac, and the M1 Pro and Max in the MacBook Pro. If you see any of those on sale this week, you should grab one.

But before you press Buy, make sure you read the fine print. Some of the deals you find may not be as good as you think. Here's what to look out for to make sure you get the proper Mac.

Apple no longer has any Intel-based MacBooks in its current lineup, but there are loads of them sitting in the stock rooms and shelves of many third-party retailers—and they'll be priced to sell. Retailers are going to advertise big discounts on these Intel laptops, and they'll definitely catch your eye.

Most notably, Best Buy is offering several MacBooks that are marked down $500 or more. They'll be tempting, but if you look at the specifications for those Macs, you'll see that they are all equipped with Intel processors. We wouldn't recommend buying these older models, even at several hundred dollars off. 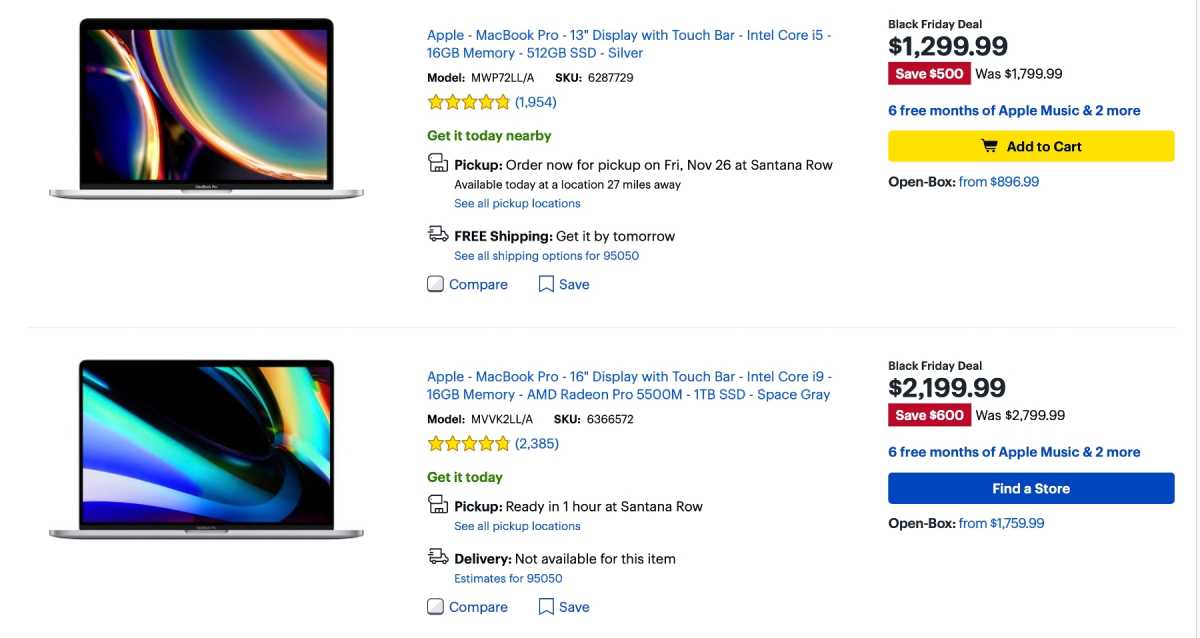 There's nothing necessarily wrong with Intel Macs—yes they're slower than M1 Macs, but they don't have problems that prevent you from doing what you need to do. These Macs perform fast enough for general users who spend the day in productivity apps, on the internet, and use creative tools like GarageBand, iMovie, and Photos. Apple will support them for years to come, and your software and the latest version of macOS will run without a hitch you years.

But these are still old laptops and are already outdated and obsolete in the face of the newer M1 laptops. You might be getting a new laptop in the sense that it's never been used, but it's definitely not the latest and greatest from Apple. You can do better.

Speaking of M1 laptops, those are the ones you want to look for. We frequently see prices discounted by $100-$150, so Black Friday could bring all-time-low prices of as much as $250 off.

The current Macs that you'll see most frequently on sale are the M1 models: the MacBook Air, 13-inch MacBook Pro, Mac mini. They were released in November 2020, and since they've been out for a while, they'll probably be the products involved in Mac deals. The 24-inch iMac has also been out for a while now but has yet to see a discount of more than $50. So be on the lookout for even deeper discounts.

[Macworld's Black Friday guide: How to score the Apple deal you want]

The 14- and 16-inch MacBook Pro models with the M1 Pro and M1 Max processors are more expensive laptops, so any deal on these is a good deal. But they were just released in October, so the deals will be few and far between. If you want you should jump at any discount you see. The M1 Pro laptops won't likely be reduced by more than $50 for the entry level M1 Pro models or $100 off some of the higher-end configurations. We've yet to see an M1 Max model on sale so if you see one, definitely grab it.