You can plug a seemingly infinite array of input devices into your Mac. Only a finite number of their controls will be recognized and work the way you want with macOS's built-in USB drivers. In some cases, the necessary third-party drivers haven't been updated in years or longer. In others, they still don't give you the nuance or feature you want. That's where USB Overdrive fits in.

Since 1999, Alessandro Levi Montalcini has developed this missing piece for Mac OS X and macOS that lets you bring nearly any USB device to a Mac and teach it to dance to the tune you play.

After installing USB Overdrive and granting it permission via the Security Privacy preference pane's General tab, it controls settings for all input devices currently connected to your Mac or added later. You can see the list of devices it's managing in its Status tab. 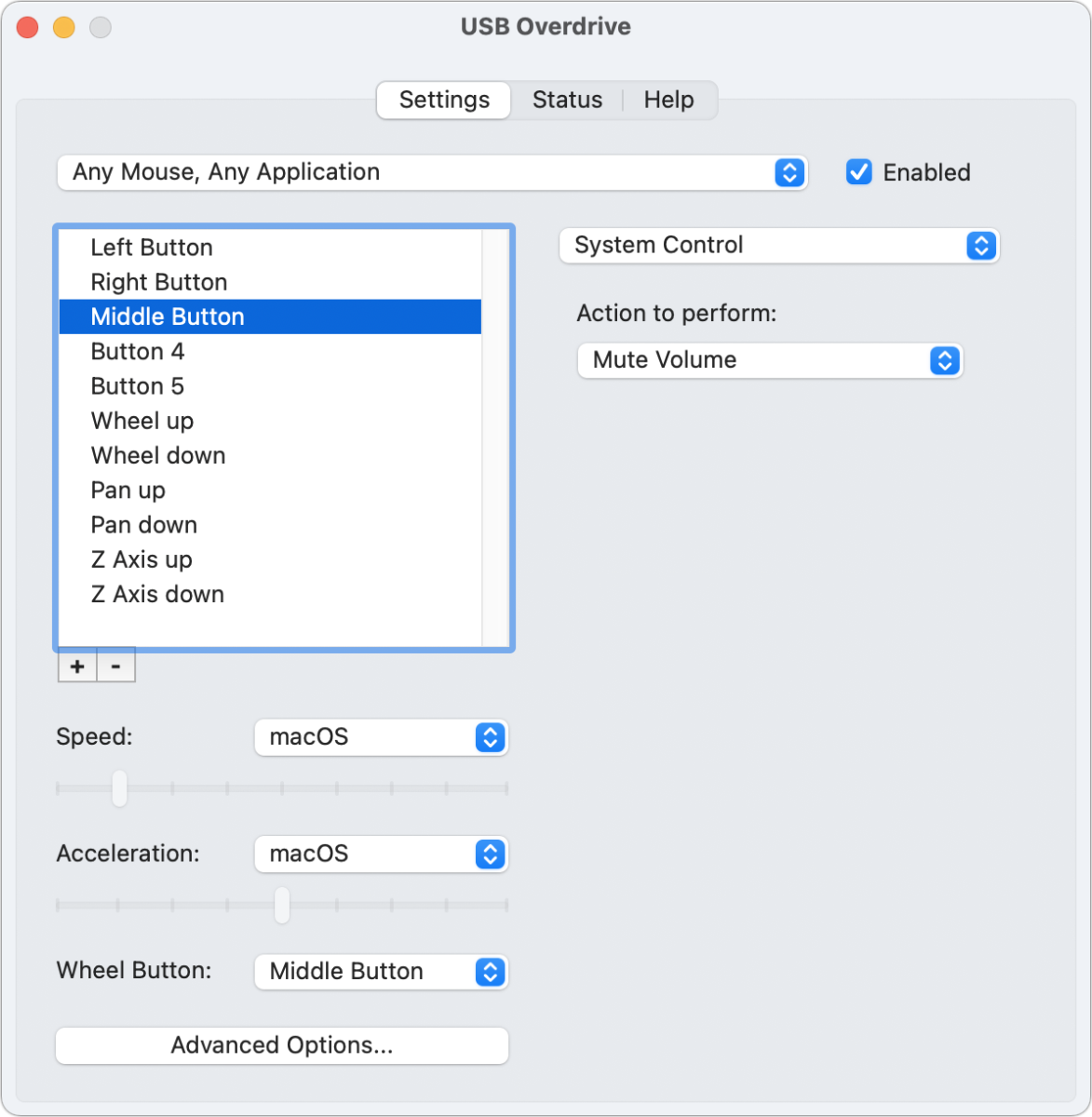 Use a powerful set of options and choices to map undefined controls on input devices macOS doesn't understand or redefine buttons, scroll wheels, and other inputs from their defaults.

From the Settings menu, you can control settings by default for all of a single category of device: mouse, keyboard, game controller, and other. If you'd like to remap the middle button of your mouse to mute and unmute system sound, with Any Mouse, Any Application selected at top, just click the middle button and it's selected in the input list; you can also click to select it. From the actions popup menu at right, choose System Control, and then choose Mute Volume under Action to perform.

You also use the Settings menu to adjust mouse behavior, like scrolling speed and acceleration, with more degrees of choice than Apple provides. This took me aback on installing it recently, as USB Overdrive's defaults were much more lively than mine. Just select macOS from Speed and Acceleration menus to reassert your previous choices, or adjust the app's options to fit your needs.

I've found that nearly every trackball on the market or sophisticated-enough mouse requires USB Overdrive, unless the device maker's driver is absolutely up to date. Apple's frequent low-level changes for security and input in the last several macOS releases have left many devices on upgraded Macs abandoned until a new driver is released—or forever. Installing USB Overdrive recovers all the lost functionality and adds more flexibility.

The app has vestiges of its ancient origins. If you want to limit behavior to a single device or app—like a Logitech trackball while using InDesign to make it more efficient to your purposes—t here's no simple set of clicks to add it. Instead, a constrained set of actions requires choosing the input popup menu in Settings, choosing New Duplicate Settings, and then picking the combination to limit what you're setting. A future glow-up to the app could streamline this process. 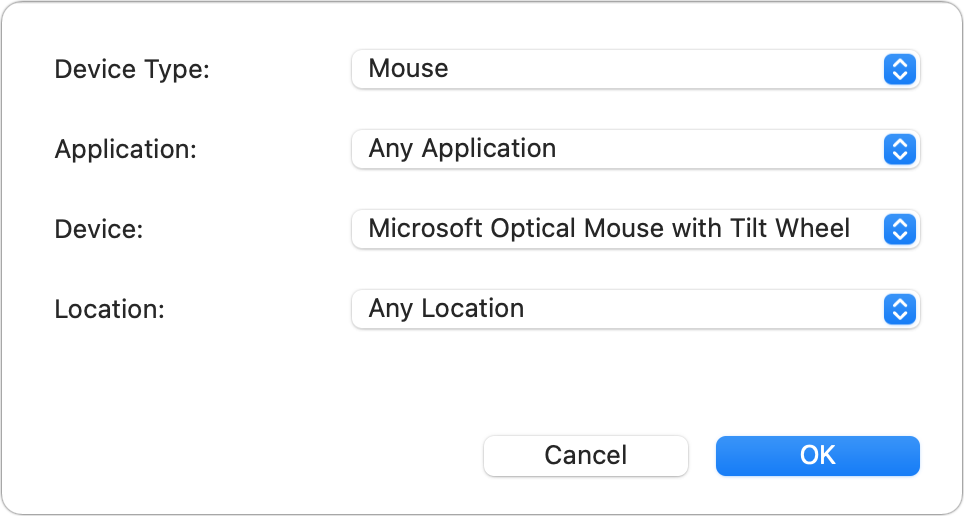 USB Overdrive requires a slightly cumbersome process to narrow down the application of specific input behaviors.

Every Mac utility of at least a certain age also offers to remap keyboard entries, and USB Overdrive is no exception. You can remap function keys and put other keys under USB Overdrive's control, and assign them to any appropriate action.

The developer releases USB Overdrive as shareware, and requests $20 if you find it useful. Without payment, the app reminds you at login and during a short countdown when opening up its interface.

USB Overdrive recently officially came out in its macOS 12 compatible version 5.1. The latest release covers macOS 11.1 and later as well. Earlier versions dating back to macOS 10.2.8 remain available for download.

We last reviewed USB Overdrive in 2009, when we concluded it offers Mac users…sophisticated button control that can reduce clicks and speed up productivity.

Mac Gems highlights great nuggets of Mac software, apps that have a high utility, have a sharp focus on a limited set of problems to solve, and are generally developed by an individual or small company. With the strong resurgence of the Mac in recent years, we want to celebrate tools we use and that readers recommend to make the most of your macOS experience. Stay tuned for weekly updates, and send your suggestions to the Mac Gems Twitter feed (@macgems).