How hard is it to get a new graphics card right now? Hard enough that Nvidia is sending its product line almost literally backward. After weeks of rumors, a new version of the GeForce RTX 2060 — which was first released in January of 2019 — appeared on the official Nvidia spec page. It has double the GDDR6 RAM, a whopping 12GB, and slightly more CUDA cores. A release date and price aren't mentioned, but soon and more than you want seem to be the likely answers.

In addition to the boosted RAM, the new variant of the RTX 2060 bumps up its CUDA cores (small, highly-efficient parallel processors) from 1920 to 2160. It also boosts the base GPU clock from 1365MHz to 1470MHz. Aside from a tiny downtick in the stock boost clock from 1680MHz to 1650MHz, the card is identical to the RTX 2060 released nearly three years ago. The RTX 2060 launched at a $300-350 retail price and Nvidia may do something similar here, though there's no telling what the highly-competitive market will price these cards at once they reach store shelves (and secondary listings). 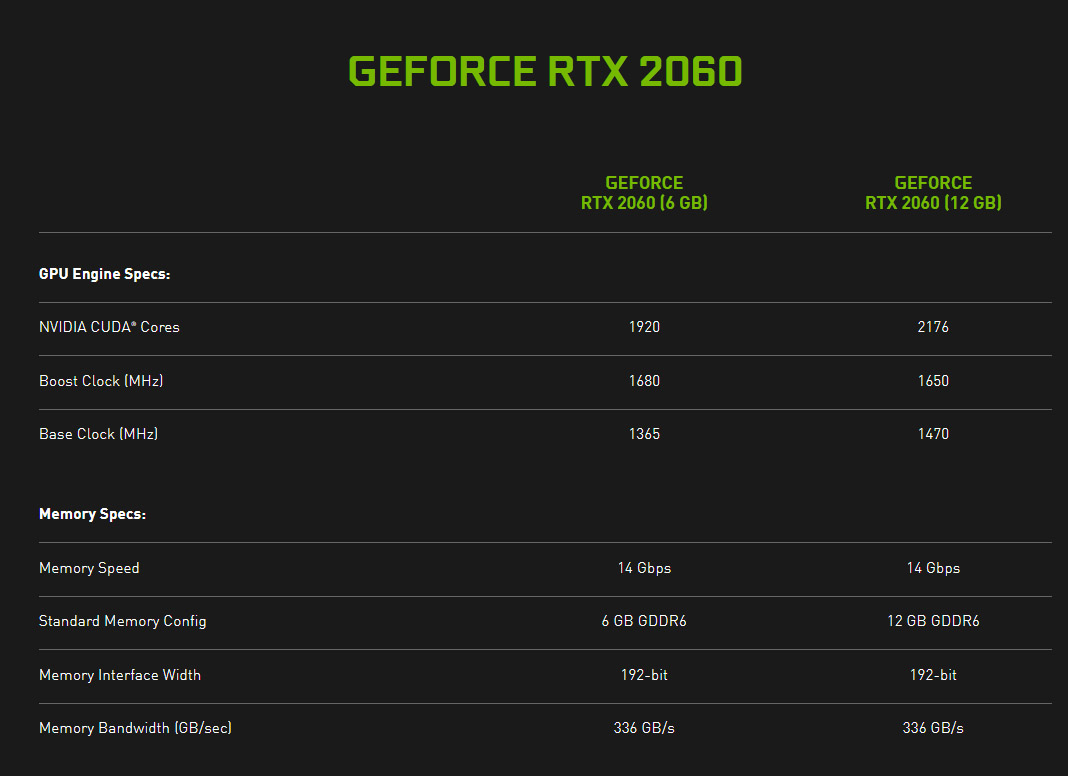 Reading between the lines, the appearance of this new SKU indicates that Nvidia is finding it a lot easier to obtain the high-speed memory it uses in its card designs than the components needed to make its Ampere processors in the RTX 30xx series. The de facto announcement of a new 2060 card means we're probably not going to see budget-friendly (in relative terms) RTX 3050 or 3050 Ti desktop cards any time soon.

Even secondhand RTX 2060 cards are still fetching $500-600 on the secondary market — double their retail value years later! — so there's no telling how expensive these new cards will be once they inevitably fly out of retailer inventory. Scalpers and cryptocurrency miners aren't scaling back their operations in any noticeable capacity. We can only hope that a fresh injection of supply will lower the competition and thus the price for affordable PC gaming hardware.