For a company with absolutely no presence, Apple sure loomed large over CES this year. There was the Dell Touch Bar, M1 Max shaming, and several HomeKit announcements, but a small demo from Intel might have been the most intriguing.

During its keynote presentation, Intel showed off an upcoming laptop running the recently acquired Screenovate software that allows advanced integration between multiple devices based on different operating environments. The feature is exclusive to the next generation of Intel's own Evo line of laptops arriving later this year, and if it works as Intel says, it could be a game-changer. 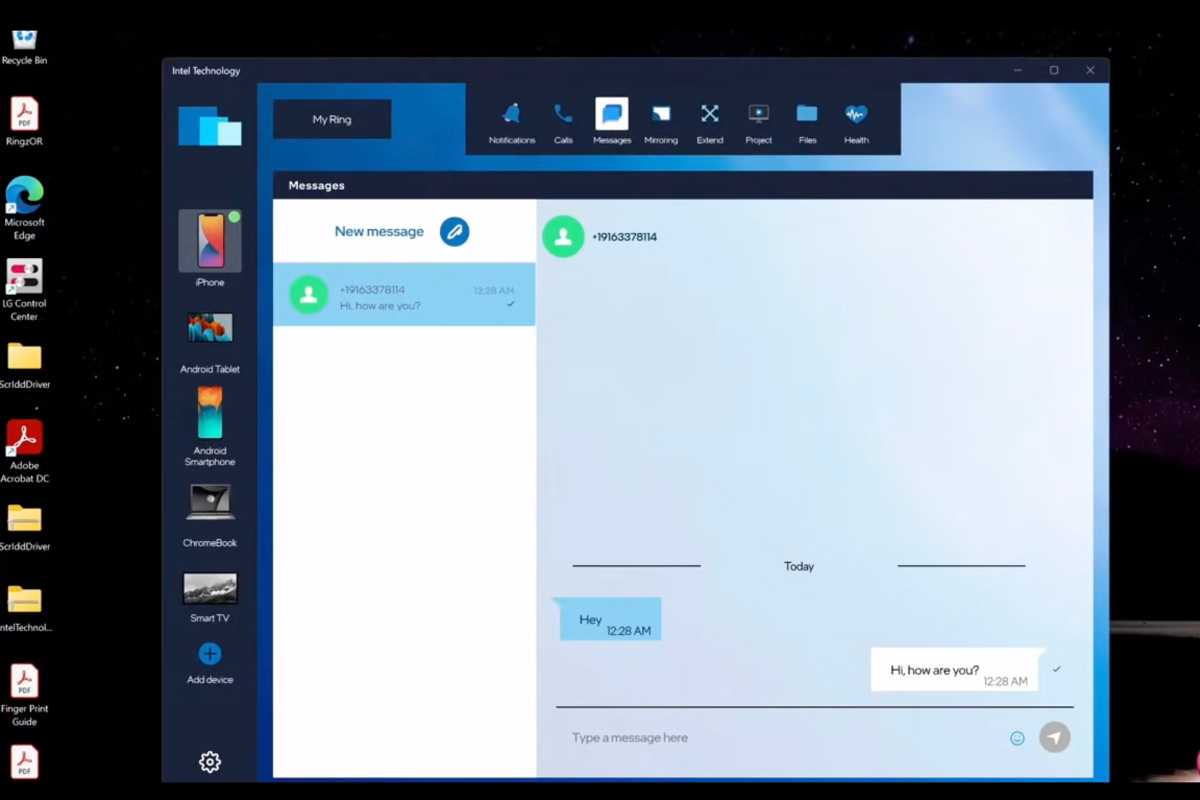 Yup, those are iMessages on a PC.

In a short demo, Intel showed off an Evo laptop communicating with an iPhone to receive and reply to iMessages using an app built by Intel. Additionally, it shows an Apple Watch sharing health data with the PC, including heart-rate, ECG, and blood-oxygen readings received directly from the watch. As far as we know, it's the first time Messages and Health have ever been shown running on a PC. The relevant bit is at the 19 minute mark in the video below.

Granted, a demo is still a long way from a shipping product. Nothing is scheduled to ship until holiday 2022, which likely means 2023. And there are obvious hurdles to overcome. The larger point of the demo was about breaking down the walls between devices, and Apple will certainly have something to say about that. Apple obviously had no input on the Screenovate tech and will likely scoff at a third-party app handling personal data. And there are more than a few potential privacy and security issues as well that will need to be worked out before such a feature can ship to the public.

But even if Screenovate never sees the light of day, it's notable that Intel was seemingly able to circumvent Apple's Messages system to get iMessages running on a PC. The demo is extremely promising and gives hope that the walls that exist between Apple products and PCs might one day come down.