The Steam Deck, Valve's take on a Switch-style portable PC gaming machine, is perhaps the most anticipated piece of portable hardware since…well, since the Nintendo Switch. So it's understandable that the technology press is champing at the bit to devour every detail about it, even well before its official release later this month. Pre-release units are finally finding their way out of Valve's clutches, and into at least a few YouTube reviewer' hands.

While these preview videos aren't allowed to go into every exhaustive detail of the Steam Deck, they do give us a fairly complete look at the final hardware, and at least some indication of how it will perform on a select range of popular PC games.

Given Valve's stated goal of getting the relatively low-priced handheld to run the latest AAA games, and run them really well, it's perhaps one of the biggest points of trepidation for those wondering if they should buy one (or those who've already pre-ordered one). With some of the same AMD APU hardware going into modern laptops, and tight integration with the Steam platform and service, it's easy to see how the Steam Deck might be prepared to deliver.

Valve allowed LinusTechTips and Gamers Nexus to poke and prod the Steam Deck to show off that power, provided by the custom AMD-built Aerith APU system running Zen 2 processor graphics, Radeon-powered RDNA 2 graphics, and 16GB of fast LPDDR5 RAM. Both testers found that the system could breeze through low-power 2D games like the excellent Dead Cells without breaking a sweat, easily doubling (or tripling) the hardware's 60Hz limit. Linus even went so far as to call the Steam Deck arguably the most innovative gaming PC in 20 years, or more.

More intense AAA games had a lot more variables. Well-optimized games tended to perform quite well on the basic Linux-based SteamOS system (Windows will also be an option, but wasn't available for testing). Devil May Cry 5, with its non-stop combat action, was a standout, never dropping under 60 frames per second for either tester. Ghostrunner, a similarly intense action game, also had good performance: Gamers Nexus clocked it at 64 frames per second with ray tracing disabled (40 frames per second docked to a full 1080p display), while Linus reported that it sometimes jumped up to as much as 90 frames per second.

Other games were less eager to perform on the portable hardware. Control would dip into the 30 FPS range in areas, and Forza Horizon 5 with its intense lighting engine and open world would show odd physics issues even as it stayed at 60. Even with Valve's pre-selected collection of games, it's clear that some will run better than others, and possibly benefit from some driver tweaking — the same situation PC gamers have been in for decades when new games and/or graphics cards are released.

Of course, with a portable system the games themselves are only part of the equation. Battery life was always a concern with what's essentially a tiny PC shoved into a controller housing. Valve claims the Steam Deck can handle between 2 and 8 hours unplugged, depending on the intensity of the games (or streaming applications) being run. Of course, that's running games on the native Linux-based SteamOS installation, not Windows. 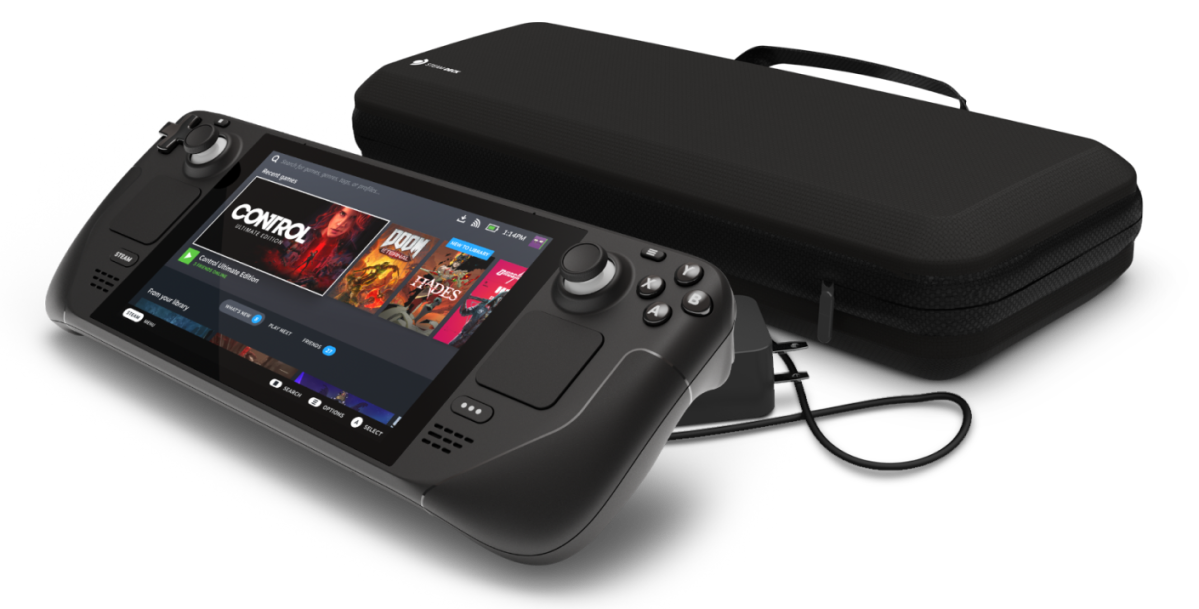 Gamers Nexus found those predictions a bit optimistic, never going beyond 6 hours of battery life, even with low-power games and streaming. Triple-A games got as little as 90 minutes of gameplay with player input, necessitating a full three-hour recharge session. You'll want V-Sync and capped framerates while on battery, otherwise you're not gonna get anywhere close to the numbers that Valve has published in its specs tables, GN editor-in chief Steve Burke declared. We think that's reasonable and makes sense; you need to trade off somewhere for a battery-operated device.

Linus found an average of 3.3 to 8 hours of life, but that video does not specify that continual gaming input was tested. Between the two, it's clear that battery life will be highly variable based on what game is being played, and intercontinental flights will all but demand a charger or extra power bank.

So that's the hardware side of the equation, at least until more people can compare Valve's homegrown Linux-based SteamOS and the heavier but more flexible (at least in gaming terms) Windows operating system. But how does the Steam Deck perform as a portable game machine? The device is absolutely gigantic in those specific terms, far larger than the Nintendo Switch and even PC-based alternatives like the Aya Neo or GPD Win 3. 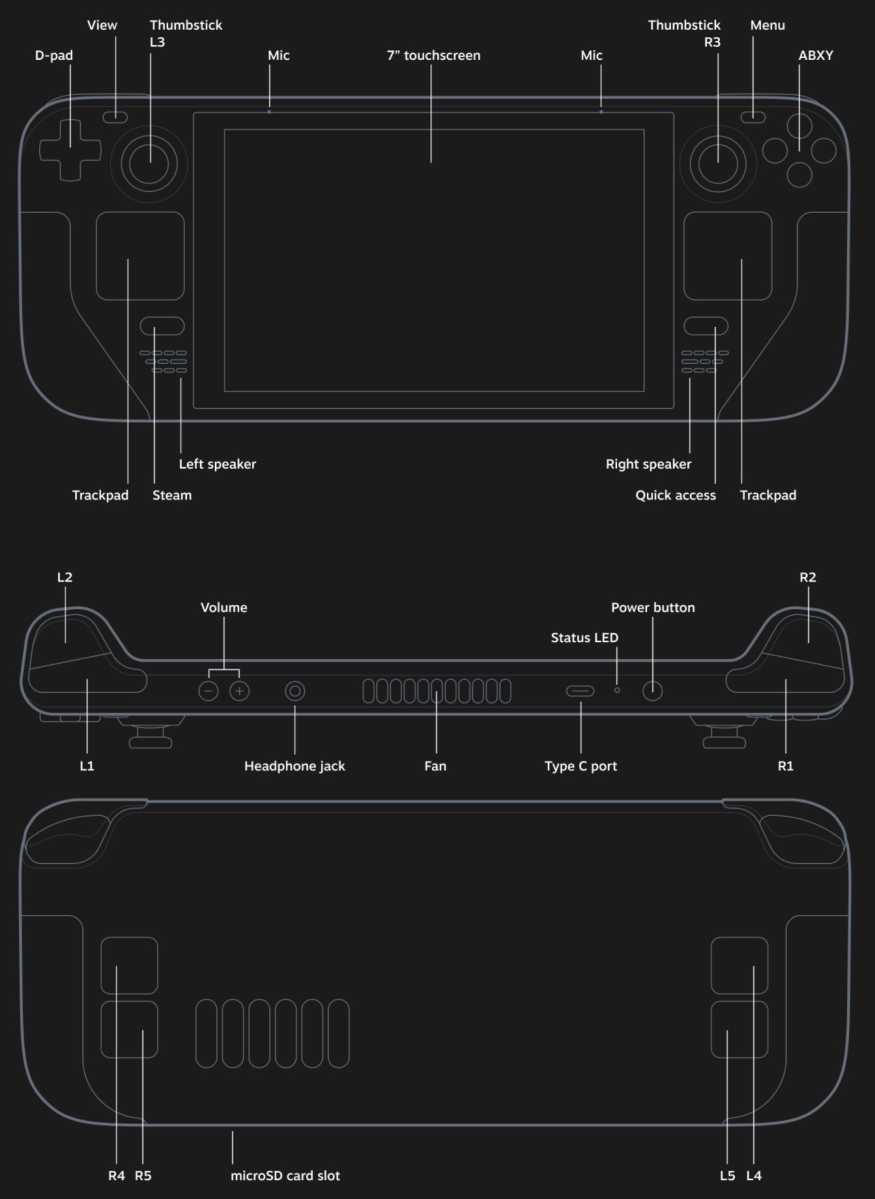 Linus has almost nothing but praise for the physical design of Valve's 7-inch game machine. The inputs consist of dual sticks plus D-pad, A/B/X/Y, and double shoulder buttons, as would be expected of any modern gaming machine. But it also has four paddle buttons on the back, a la the Xbox Elite Controller and similar premium designs, plus two small haptic trackpads inherited from Valve's previous work on the Steam Controller. Between all of these varied inputs, and Valve's software allowing users to customize controls for everything from racing games to shooters to top-down strategy titles.

And for the most part, Linus reports, it's incredibly effective. He says the Steam Deck's feel is right up there with all my favorite console controllers, intelligently enhanced by Valve's hardware design that keeps hot spots away from points of skin contact. (Gamers Nexus found that the hardware throttles itself to keep internal temperatures at or below 90 degrees Celsius, calling the thermal design impressive and executed extremely well for how small the device is.) That said, Linus did note that people with smaller hands might have trouble reaching the shoulder or A/B/X/Y buttons, depending on grip, but that this wouldn't be a problem for most. He also praised the screen's ability to become ultra-dim indoors, and the speaker's wide range of fidelity (comparing them to those on the MacBook Pro). 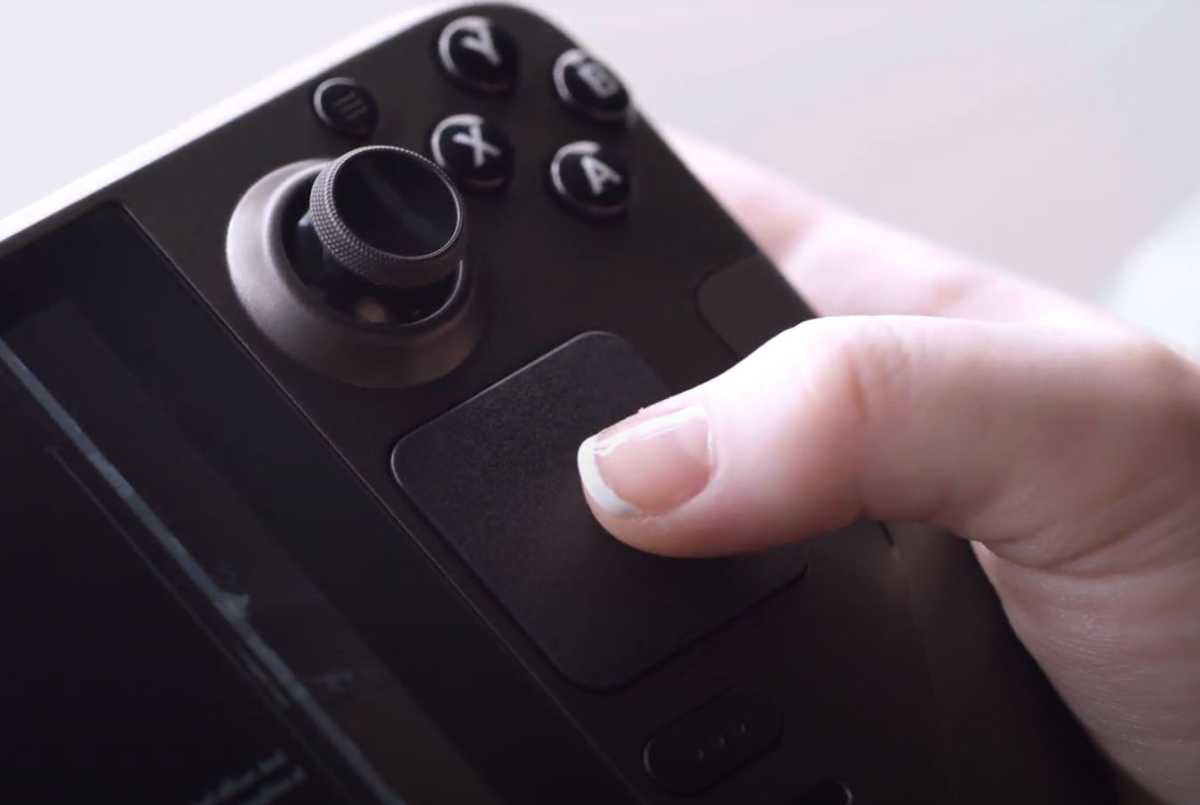 The one downside? Haptic feedback. While console gamers and people who use a controller on PC have more or less come to expect vibration as a subtle way to enhance immersion, Valve couldn't find space or power in the Steam Deck to include conventional vibration motors, instead leaving only the comparably weak haptic feedback of the touchpads (again, see the Steam Controller). Linus says that this is a notable low point in the design: At the moment, haptics on this device are a poo stain on an otherwise crisp, white sheet.

We still have very little insight into how SteamOS will look on the Steam Deck, handling PC gamers' libraries of hundreds of games and syncing progress across existing hardware and portable play, to say nothing of how non-Steam games will play, either on SteamOS or Windows. Just today Epic said it's not interested in creating a Linux version of Fortnite for the Steam Deck, despite fighting for over a year to get it back on mobile game stores.

Even so, these incomplete glimpses of the Steam Deck will surely be enough to convince some to pull the trigger on a purchase, especially if they already have a huge library of Steam games. With a starting price of just US$399 — less than half that of competing PC-based portable machines — it's an incredibly tempting bit of hardware, especially for those who can use Steam's streaming feature to bolster it for games that simply demand full desktop power.

We'll have to wait for February 25th, when the first round of final Steam Deck hardware makes its way into the hands of consumers, for a truly complete look at this device. But the initial glimpses show that Valve might just be able to deliver on its big promises, at least in some situations and for some games.