Where the US presidential candidates stand on tech issues 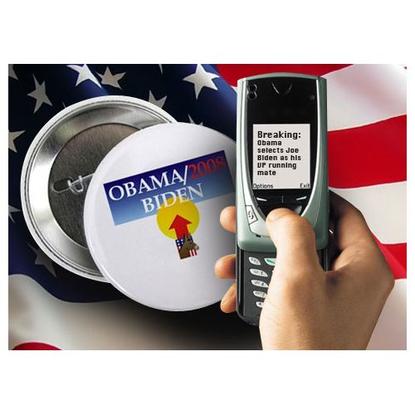 The 2008 presidential election gives CIOs and other IT executives a choice of two major-party candidates who are interested in technology-related issues. While the US economy and the war in Iraq have dominated the debate between Republican nominee Senator John McCain and Democratic nominee Senator Barack Obama, they have also hit on such IT hot buttons as telecommunications and tech jobs.

Both senators bring tech experience to the race, although the experience is significantly different. Obama has had relatively little legislative experience related to technology, but he's a self-described text-messaging addict who released a lengthy tech policy paper last November. McCain admits he doesn't spend much time with computing devices, saying he relies on his wife's help with computers. But he's also a long-time member of the Senate Commerce, Science and Transportation Committee, the panel that debates and votes on much of the tech-related legislation that goes through the Senate.

Here's a look at the candidates' stances on five issues of interest to the nation's IT leaders: telecommunications, national security, privacy, IT jobs and innovation.

Net neutrality: Obama has long supported the passage of Net neutrality laws or rules. "A key reason the Internet has been such a success is because it is the most open network in history," his tech paper says.

McCain opposes a Net neutrality law, saying broadband carriers need to recoup their investments. However, his tech policy paper says he would focus on allowing broadband customers access to the Web content and applications of their choice. Instead of a law, the best way to guard against unfair practices is "an open marketplace with a variety of consumer choices."

Rural broadband deployment: Obama calls for policies to encourage next-generation broadband deployment, including to rural areas and inner cities. He supports government programs to bring broadband to schools, libraries and hospitals, and called for public/private partnerships to help roll it out in areas without service.

McCain would encourage private investment in broadband service. In 2005, he split from many other Republicans by authoring legislation that would prohibit states from outlawing municipal broadband projects.

McCain has long advocated and voted for putting more spectrum in the hands of mobile phone carriers and broadband providers. In recent years, he pushed for a nationwide voice and data network for public safety agencies and was a leading voice in the Senate in the effort to get television stations to give up part of their analog spectrum for use by police and fire departments.

Government surveillance: Both candidates voted for a recent bill to revamp the US government's surveillance programs and bring a controversial National Security Agency program under court oversight. However, Obama opposed the bill's language that would likely give telecom carriers immunity from lawsuits. McCain wanted congressional hearings before granting telecom immunity.

McCain has co-authored several bills, including one in 2000 requiring Web sites to post privacy policies on their use of personal information. He was co-author of the CAN-SPAM Act, a 2003 law setting the rules for sending unsolicited commercial e-mail. He also pushed for rules to set standards for business' protection of personal data. "Americans will fully embrace new technologies...when they are confident that these new advances can be used safely," his Web site says.

Outsourcing: Obama wants to end tax breaks for companies that ship US jobs overseas. McCain opposes efforts to restrict US agencies from outsourcing some services.

Maths and science education: Both candidates have called for an increased focus on training US students and workers for 21st-century jobs. Both have called for programs that increase the number of students studying math and science. McCain wants more money for retraining US workers. Obama wants to improve US schools' curricula and supply schools with computers and broadband.

H1-B visas: McCain says US workers should have the first chance for high-paying tech jobs, but he has also called for an increase in the number of H-1B foreign-worker visas.

Obama questions the need for more H-1B visas, but he's also called for reform of immigration programs, including ways for immigrants to become permanent residents.

R&D tax credit: Both candidates called for a permanent extension of a frequently expiring R&D tax credit for US companies.

Renewable energy: Obama has made renewable energy a campaign centerpiece. He's called for a government investment of US$150 billion over the next decade to encourage development of biofuels, hybrid cars and solar and wind energy. He would double federal science and research funding for clean-energy projects and create a US$10-billion-a-year clean-tech venture capital fund.

McCain has said renewable energy sources are a part of the solution needed for US independence on foreign oil, but he's largely focused on pushing for offshore oil drilling.