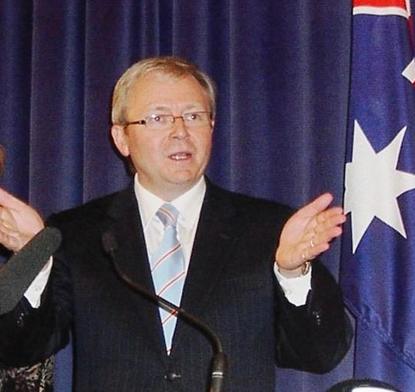 At lunchtime yesterday Rudd posted his first ‘tweet’ cheerfully acknowledging that he is “Looking forward to communicating with you on Twitter”.

The PM’s Twitter account coincides with the launch of his new Web site www.kevinpm.com.au, which he will be using to speak frankly with the nation about the big challenges facing Australia, as stated on the Web site.

Rudd also has his own MySpace account which boasts 24,481 friends, with Peter Garrett featured as his ‘top friend’.