Which N-Series handset is right for you? 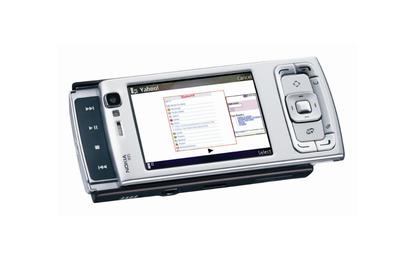 Nokia's N-Series handsets were launched in Australia with much fanfare. These cream-of-the-crop smartphones boast a wealth of features, and are just as much about photography and multimedia as they are about voice communication.

The original N95 was lauded as a revolution in mobile computing. Filling the roles of an HSDPA-capable mobile phone, a 5-megapixel digital camera, a GPS, an MP3 player and a video player, the N95 was one of the Nokia's most hotly anticipated releases.

Despite being more than a year old, the original N95 remains one of the most feature-packed smartphones on the market and is still being sold through most Australian carriers.

The N95 was joined a few months later by the launch of the refined N95 8GB —; basically the original N95 sporting a coat of black paint and 8GB of flash memory. It retained the same feature set as its predecessor and proved a popular choice among consumers.

Last month, Nokia released its upgrade to the N95 series, the predictably titled N96. It was Nokia's most anticipated release of 2008 and came with a wealth of promise after the success of the N95.

The N96 boasts all the features of the N95, plus a little extra. An all-new finish, a slightly larger display and a built-in kick-stand were new additions to the design, while under the hood it retains many of the same specifications but boasts 16GB of internal memory.

The decision over which to purchase has never been more difficult. While it would be easy to suggest the N96 is the best purchase, this won't be the case for everybody.

In reality, the N96 is the N95 8GB with a fresh coat of paint and more memory. Unfortunately, one of its best features is currently useless in Australia: the N96 is DVB-H capable, meaning it is theoretically capable of receiving live television broadcasts. Australians are still waiting for the government to release the spectrum required to establish this service.

This isn't to say the N96 is a bad handset, because it's most certainly not. But the N95 and N95 8GB handsets are far cheaper and are available on a much wider variety of plans, suiting consumers who may be on a tight budget.

It's still one of the most feature-packed smartphones on the market and a number of software updates since its release have seen Nokia iron out some interface issues. Plus, it's cheap as chips now.

It's still more than 12 months old, and given the influx of smartphones since then, you'll be quickly left with an outdated handset.

8GB of flash memory plus a microSD card slot mean it's ideal for multimedia, and the black coat of paint means it looks more stylish than the original model. And of course, it still has almost all the bells and whistles available and comes at a reasonable price.

It's really an N95 with more memory and a colour change, so there isn't a real wow factor.

16GB of flash memory plus a microSD card slot is massive in anyone's books, and the gloss black finish is sexy. Plus it's got every feature that Nokia could throw in, bar the kitchen sink.

The much lauded DVB-H feature is useless in Australia. It's expensive and isn't really revolutionary.