Is it adultery if it was in a virtual world?

When Second Life affects your real one. 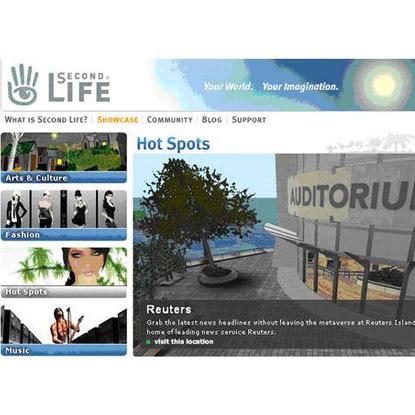 A recent news story involves a woman filing for divorce from her husband on the grounds that he was having an affair . . . in the virtual world.

The report from Sky News says Amy Taylor spent so much time in Second Life with her soon-to-be-ex-husband that they held a virtual ceremony in the game as well as in the real world. Married in 2005, the couple had met in an online chat in 2003. Taylor had found her then-boyfriend engaging in virtual relations with another avatar in Second Life before they were married, but he promised her that he wouldn't repeat the experience.

In April, Taylor found Pollard online with his avatar "cuddling" with another avatar, and says he confessed that he'd been spending time in-world with someone else, and wanted to end their marriage. Taylor filed for divorce, and her lawyer told her that she wasn't the first person to come to her with tales of Second Life adultery ending a marriage.

Whether or not cybersex, especially when it involves two avatars in an MMOG, is considered actual adultery has to be determined by the individuals both involved and affected. Taylor, however, has moved on, and has met someone new online. This time, she's spending time in World of Warcraft, which at least lacks the options for virtual sex that Second Life has. Meeting someone in the real world may have been a better bet, however.