Phone manufacturers should accelerate the adoption of mobile payments, according to industry organization GSM Association. 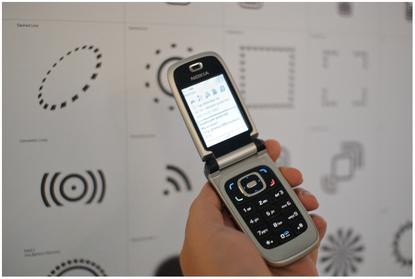 NFC should be available in phones on the market by the middle of next year, said Michael O'Hara, chief marketing officer at the GSMA. "The market is ready, and we are hoping the handset manufacturers will respond."

The device requirements are in place, making it easier for phone vendors to include the technology, according to O'Hara.

NFC is a wireless communication technology with a range of a few inches, and it is considered easy to use and quick to set up.

The GSMA also wants phones to support single-wire protocol (SWP). SWP is a standard way for the NFC hardware to communicate with the phone's SIM (subscriber identity module) card, and by extension the operator's network. Using these technologies will give the industry a common approach, and economies of scale, according to O'Hara.

Nokia has been very vocal in its support for NFC and mobile payments. It isn't ready to commit to a date for shipping phones with the technology built in because the specification for the single-wire protocol isn't complete, according to Hannu Markus, communications manager at Nokia.

Sony Ericsson won't publicly commit to a shipping date either. NFC will be an important feature in future mobile phones, and the vendor has tested the technology with Orange in the U.K, acknowledged Mattias Holm, public relations manager at Sony Ericsson.

Mobile payments are already a success in some countries, such as Japan, where carrier DoCoMo has the market dominance to get things moving on its own. In many other parts of the world, the question is whether the applications or the phones come first, said Mark Newman, chief research officer at market-research company Informa Telecoms and Media.

However, trials are underway by at least nine mobile operators in eight countries as part of the GSMA's Pay-Buy-Mobile initiative. Further pilots are planned across 14 countries by 15 mobile operators, according to the GSMA.

Payment card companies are also getting onboard. Last month, MasterCard announced PayPass, an over-the-air provisioning service. In September Visa announced it was working with Nokia and the Android platform on payment-related services and applications.