Microsoft has released a new wave of its Windows Live services that adds more social-networking qualities to its set of online services. 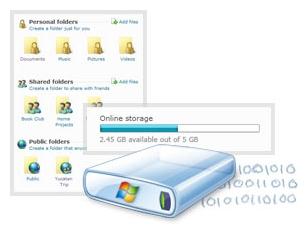 Microsoft has released a new wave of Windows Live services that adds more social-networking qualities to its set of online services.

The company unveiled last month a plan to add Facebook-like qualities to its set of online services, which include e-mail, calendaring, instant-messaging, photo-storage and sharing and collaboration services, among others. At the time, the company said the new services would be available to users before the end of the year.

Microsoft first revealed the Windows Live brand for its online services and a plan for a major overhaul and to add new services in November 2005. The services are aimed at competing with Google by making Windows Live Web users' entry point into the Web and ultimately allow Microsoft to sell more online advertising.

The new version of Windows Live services lets people users have designated as "friends" see activities they are doing in other Web applications through Windows Live Hotmail, Windows Live Messenger and other Live applications and services. The capabilities will be similar to the way Facebook allows users to be notified via e-mail or on its Web site about what their friends have been doing in the applications they use on Facebook, a feature called the "news feed."

In addition to updates to existing services, such as Windows Live Messenger and Windows Live Spaces, there also are several new services available to users with Tuesday's release.

They include Windows Live Groups, a service for letting teams, clubs or other groups of people collaborate and engage in online discussions; Windows Live Photos, a new photo-storage and sharing service; Windows Live Profile, a way for people to share information about themselves with more than 50 partner sites; and Windows Live People, which allows users to store and manage Windows Live contacts.