Sun fixed the Java flaw in December, but Apple hasn't shipped the update 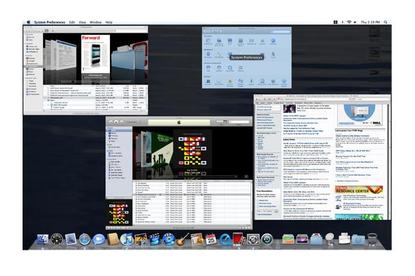 In an effort to draw attention to an long-standing security problem in Apple's Mac OS X operating system, a security researcher has posted attack code that exploits the flaw.

The software, which could be used by hackers to run an unauthorized system on a Mac, was posted Tuesday by Landon Fuller, a security researcher in San Francisco.

It exploits a nasty bug in the Java software that ships with Mac OS X.

This bug was fixed by Java's creator, Sun Microsystems, on Dec. 3, but Apple has still not included the fix in its software updates.

"Unfortunately, it seems that many Mac OS X security issues are ignored if the severity of the issue is not adequately demonstrated," Fuller wrote in a blog posting describing the issue.

"Due to the fact that an exploit for this issue is available in the wild, and the vulnerability has been public knowledge for six months, I have decided to release my own proof of concept."

Fuller's proof of concept code runs Mac's Say software to make the computer say "I'm executing an innocuous user process", but it could be adapted by criminals to run malicious programs on the computer.

"This vulnerability could be exploited to perform 'drive-by-downloads' commonly used as a means to infect computers with spyware, or any arbitrary command with the permissions of the executing user," the company said in a note on its Web site.

"All a user has to do is visit a web page hosting a malicious Java applet to be exploited."

Apple would not say when it plans to patch the bug, but a company spokeswoman said Wednesday that Apple is "aware of the issue and we are working on a fix."