Q-SOUND Bluetooth headset has a headband made of solar cells 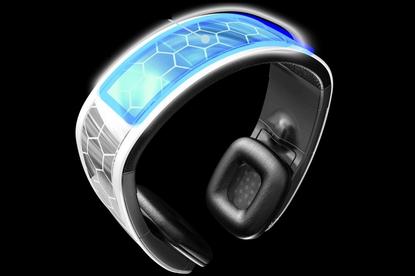 The Q-SOUND headphones use a solar panel to power the in-built Bluetooth circuits.

Romania-based engineering student and designer Shepeleff Stephen has developed a concept headset called the Q-SOUND, using solar energy to provide all power for the Bluetooth circuitry and headphone drivers. Flexible solar panels integrated into the Q-SOUND's headband are exposed when the user is outside in sunlight, charging the batteries for almost two days of continuous listening power.

The Q-SOUND headphone concept has two removable rechargeable Ni-MH batteries with a capacity of 800mAh — enough to run the headphones for up to 40 hours. An hour of sunlight on the flexible amorphous silicon cells yields almost three hours of use at maximum volume.

Stephen’s design has a 3.5mm headphone jack as well as Bluetooth wireless technology to allow a wide range of devices to be connected. Bluetooth technology can be found in high-end MP3 players such as the Cowon S9 and many mobile phones including the Apple iPhone 3g (which will gain stereo Bluetooth audio capability in an upcoming software update).

View more information about the Q-SOUND here at Ecofriend.