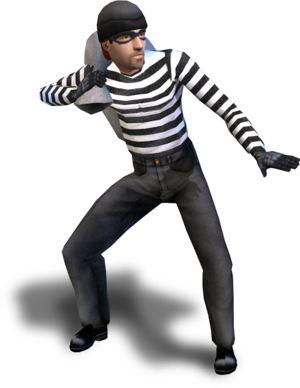 EA's The Sims 3 doesn't ship until early next week, but it's already outpaced Spore in illegal downloads, reports Bloomberg. According to file-share monitor BigChampagne LLC, The Sims 3 was downloaded at least 180,000 times in just four days, between May 18 and May 21. By contrast, Spore -- the most pirated game of 2008 -- was downloaded some 400,000 times over three weeks. It's entirely conceivable that The Sims 3's piracy numbers could eventually climb into the millions.

Say what you will about digital rights management, leaked games can seriously clobber publisher sales. It's one thing for a game to show up on a pirate site post-release (even then, still a serious problem) but entirely another when it's available weeks in advance. In the current climate -- the slightly childish "I want it now!" one -- players who might otherwise buy or even prefer to pay for the retail version are often tempted to grab the illegal digital one, if only because it's there to grab at all, and there's still a sense, however shady, that there's strength in numbers. I've often (informally) heard publishers and developers state that their biggest concern isn't whether their game's pirated, but how to keep it from being pirated early.

So put in place a system that allows you to launch the game early, right? Easier said than done. Publishers are beholden to shareholders, and ultimately, therefore, share prices. Those share prices fluctuate in relation to largely psychological factors, in turn derivative of revenue realities, but also reality "perceptions." To make investors happy, you want to be able to trumpet things like day or week one sales, which -- if you're going for records, and you better believe EA is with its third installment in the bestselling PC game series ever -- require carefully timed and orchestrated launches. Those launches require sophisticated coordination, whether that's with retailers and physical shipping services or digital download providers. Dynamic product release systems somehow capable of reacting sufficiently to the whims of unscrupulous pirates are at best implausible, and at worst, impossible.

But there's no such thing as bad publicity, is there? Okay, that's not entirely untrue. Say lots of people download a game early. Guys like me echo the point that the game's being pirated in record numbers, and everyone pays even closer attention, leading to broader brand awareness and hypothetically stronger legit sales. It's still a shady, backhanded way to promote a product, and a sophomoric way to argue your point. Excusable illegality by way of dubiously quantifiable "positive" ramifications? I suppose there's an upside to just about anything, so long as you're willing to torture the self-serving logic with hot brands, pliers, and truncheons.