10 soft skills techies need -- and five ways to get them 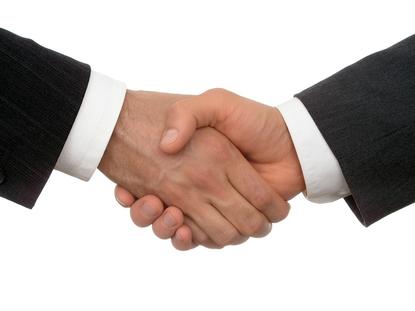 Communication skills and empathy are just two soft skills that IT workers must master.

If you think technical skill is all you need for a career in IT, think again. Expectations for IT employees are changing.

IT recruitment firm Robert Half Technology has seen interest in soft skills grow considerably over the last couple years, according to division director Igor Abramovitch. Strong technical skills are no longer enough, he said.

Businesses are trying to avoid seeing IT as just a cost centre, he explained. "They want IT to be intertwined with the business and contribute to the bottom line. They're looking for workers who have the business acumen and communications skills to deal with the other departments and communicate effectively to make sure the business goals are met," he said.

The problem is, soft skills aren't second nature to seasoned IT workers, according to Jennifer Perrier-Knox, senior research analyst at Info-Tech Research Group Inc. Soft skills development was not likely a part of the curriculum for people with hard-core IT backgrounds, she said.

"If I make a conscious effort to become better with my listening skills, then I will get better," she said.

But this desire to learn often depends on personal benefit, according to Lindner. "I always say we listen to the same radio channel: WII-FM (What's in it for me). People really need to understand what's in it for them to change their behaviour," she said.

Refusing to acknowledge the soft skills trend could hurt you in the long run. "If you have that idea that you don't ever need to improve your soft skills, I think you are really hurting your career options and lowering the bar on yourself," said Jonathan Wray, communications specialist at IBM Canada Ltd. who established a Toastmasters club for Toronto-area IBM employees in 2002.

Technical skills might get you hired, but it's the soft skills that help advance your career, Wray said. Those who move up the ladder are often the ones who published papers, spoke at conferences and are client-focused, he pointed out.

Even those heads-down developers who think all they need are technical skills will eventually find they do need the soft ones, Wray added. Technical experts, for example, will get pulled into briefings with customers. "Everyone is involved in a team at some point," he said.

Another problem is defining what the term "soft skills" means, according to Dr. Mark Federman, researcher at the Department of Adult Education and Counselling for the Ontario Institute for Studies in Education at the University of Toronto. "When somebody uses a term that everybody knows, you can bet that everybody has a different knowledge of that term," he said.

According to Lindner, listening is the most important soft skill of them all, but it's also the most difficult skill to learn.

It's easy to think you're listening, but hearing someone speak doesn't mean you understand the message behind what they are saying, said Wray. "When you are working on a team, you need to focus," he said.

Clear communication is a definite must, according to Wray, largely because technology is so complicated. "It's very easy to fall into acronyms and jargon and buzzwords that only select people understand. If you're dealing with clients who might not have the same degree of technical understanding, it's very important to speak and write clearly," he said.

At global companies like IBM, communication is especially important, he added. "English isn't everyone's first language, so speaking and writing clearly becomes even more important if you're dealing with a Russian or Chinese team," he said.

Communications skills are at the top of the list for Abramovitch. This includes not only verbal communication, but also the ability to communicate remotely and online, he pointed out. "A lot of IT teams are distributed and not necessarily sitting in one room or office," he said.

Interpersonal and customer service skills go hand in hand with communication, according to Perrier-Knox. "IT is a service that is delivered to the rest of the organization and a lot of IT departments are re-organizing themselves around a service-oriented delivery model, so having communication, interpersonal and customer service skills and the mindset to be outward thinking like that is a really important soft skill," she said.

Personal confidence and self-assertiveness are very valuable, according to Wray. They give you the ability to get into a group, share your ideas and take a risk, he said.

"Most of IT is project-based," said Perrier-Knox. "Business is keeping a really sharp eagle eye on IT to make sure projects are coming in on time and on budget." The ability to appropriately identify milestones and provide status reports that indicate when milestones are being met throughout the course of the project is becoming a "really big thing," she said.

Time management and the ability to prioritize are critical skills, according to Abramovitch. Businesses are now looking for IT staff who can manage their time and inter-office relationships to make sure projects are completed on time and the business is supported, he said. "IT departments are doing more," said Abramovitch. "They are expected to understand the business."

With IT juggling multiple projects and taking on a lot more work with less full-time staff, teamwork skills improve the ability to work well with temporary contract staff brought in during peak work loads, Abramovitch explained.

It's also important to understand where the other person is coming from, said Lindner.

Appreciation and respect are the soft skills most lacking in organizations, according to Lindner, but they are sorely needed in the workplace. Showing appreciation is an easy thing to do, she pointed out. "If somebody helps you with a task, just give them a simple thank you," she said.

As teams are shrinking in size and middle management is let go, there are fewer managers for more people, said Perrier-Knox. "Leadership responsibilities are becoming overwhelming, so those people need to task those responsibilities down under the ranks," she said.

Public speaking is the soft skill everyone would like to have, according to Wray, but it's also often their No. 1 fear. Public speaking often ranks higher than the fear of death, he pointed out.

But in his experience, public speaking is the easiest soft skill to learn. "It surprises people because they tend to say, 'I'm not a public speaker,' but with a little work, it can improve the most dramatically," he said.

Knowledge of business operations and processes is "hands down" the most important soft skill, according to Perrier-Knox. "IT people that know about business issues, financial issues, they're the ones that are going to rise to the top. That's been the case for the past couple years now because IT has a reputation of not knowing about the business," she said.

Five ways you can get them

The question is, "How do we become more human when we've socialized the humanity out of our workplaces?" said Federman.

Learning knowledge as information will allow you to produce the knowledge on a test, but only a small portion will filter through into actual behaviour and situations, he explained.

The most effective means of learning soft skills, according to Federman, is through modeling. This could include modeling the behaviour of leadership or just key people in your department who you respect and exhibit the soft skills you require.

If you want to engage in formal education, the individuals who model the behaviour should be involved in the context of the course, he suggested.

"Identify people that have the business knowledge, communication, project management and leadership skills and pair them up with individuals that show potential or promise in this area and do on-the-job training," she said. Soft skills are hard to train because some people have an affinity for them and some don't, she pointed out. Coaching and mentoring is one of the most effective ways of bringing these tendencies and capabilities out, she said.

Private coaching is usually seen among the executive ranks, said Perrier-Knox. "For the average IT professional, it might be expensive. It's usually something an individual will engage in independently. An organization won't necessarily set you up with one of these coaches," she said.

Soft skills are all about application, according to Perrier-Knox. "You can take a course, but if you don't already show a predisposition to having these skills, you could walk in a classroom and walk right out again and not internalized or learned anything in particular," she said.

Books are usually too simplistic or too idealized, according to Perrier-Knox. "If you want to get the bang for your buck, it's better to do it one-on-one with a coach or in a team-type environment where you can practice the skills ... do some reading sure, but if you try to learn and practice them in a vacuum, you're not going to get anywhere," she said.

"The language that they use in a lot of these books is not necessarily something that is achievable for the average person. I find they are probably too simplistic or too idealized ... it's a two-way street with soft skills and often a lot of these books don't do a great job of having to navigate through the realities of the human brain," said Perrier-Knox.

Special interest groups or professional organizations like Toastmasters International can help you gain access to expertise and training without depending on your company. You can then bring the skills back into your company and begin modeling from the bottom up, Federman suggested.