What is an OLED TV?

We explain the likely successor to plasma, LCD and LED televisions 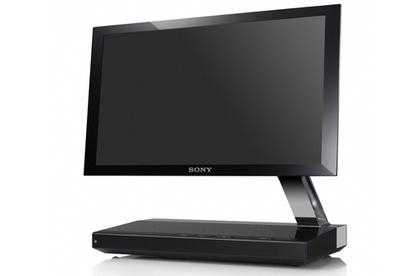 The Sony XEL-1 is the world’s first OLED television screen.

At the moment, save for the Sony XEL-1, all modern television screens use plasma or LCD technology to produce colours and create a picture. While these technologies serve their purpose reasonably well — just like CRT did before them — they are likely to be superseded by OLED screens.

OLED displays have advantages when it comes to brightness, contrast, detail and overall picture quality. Samsung has developed a 40in prototype OLED panel, and Panasonic is reportedly looking into a 37in model. The market leaders are investing lots of R&D dollars into OLED, but how does the technology work, and why is it better?

There are two main types of OLED screens: active matrix and passive matrix. Active matrix OLED screens are the kind you’re most likely to see appearing in television sets in the future; you might also see “AMOLED” referred to when talking about a modern smartphone's touch screen, for example the Samsung Omnia Icon’s.

AMOLED screens sandwich together four different sheets, with one containing organic material, two anode and cathode layers (to stimulate the organic layer into producing light), and a layer containing circuitry. This simplicity means that OLED screens can be incredibly thin and light, potentially allowing the production of flexible displays — opening up a whole new range of applications. OLED technology is also power-efficient, with Sony’s debut model consuming 40 per cent less power than a similar LCD.

OLED screens have been around in devices since the mid-’90s, and the technology has been in development since the 1950s. Until recently, though, they’ve been restricted to devices with small screens — mobile phones like the expensive Nokia 8800 Sapphire Arte and MP3 players like the Cowon S9. Even then, the screens came at a significant price premium.

The brightness of OLED screens is one of the most obvious initial features. Each individual pixel produces its own luminance and therefore no backlight is required. Because every single pixel in an OLED display (there are 2,304,000 pixels in a 1080p panel, for example) provides its own light source, screens can be incredibly bright.

Another flow-on effect from this is the ability to light one part of the screen while keeping another dark. Plasma screens and LED-backlit LCD TVs can do this to a lesser extent, but the per-pixel control of OLED televisions allows a ‘perfect’ contrast ratio. Plasma screens allow brightness control per-pixel as well, but the phosphors take time to charge and discharge — the near-instantaneous switching of an OLED panel makes it better for complex video. Sony quotes a 1,000,000:1 contrast ratio for its XEL-1 OLED TV, refraining from quoting any higher figure because it believe that this ratio is the highest the human eye can perceive.

In theory OLED panels also offer higher clarity and better viewing angles. This is because with the newest microscopic building techniques and the simple construction of an OLED panel, there’s less circuitry to get in the way of the emission of light. In a plasma or LCD screen each individual pixel has to have its own transistor and circuitry, and this has to be placed on the screen itself. Lean in really close to your monitor and you’ll see small gaps in between each pixel — this is the space where all the circuitry lives. With OLED displays this technology is simplified, downsized and incorporated into the panel itself. This is responsible for the better viewing angles, so you’ll be able to see the complete picture for longer as you walk to the side of the television.

Motion control is a problem for both plasma and LCD panels, with the refresh rate of each individual pixel causing ‘motion blur’ and jittering when watching fast motion video content such as sports. Plasma televisions with 600Hz refresh rates have the best credentials so far, but the near-instantaneous switching of an OLED screen, with pixels able to activate or deactivate within a millisecond, give it a huge advantage when it comes to displaying complex video footage.

The sad news? It will still take a while for sizeable consumer-level OLED displays to hit the market.